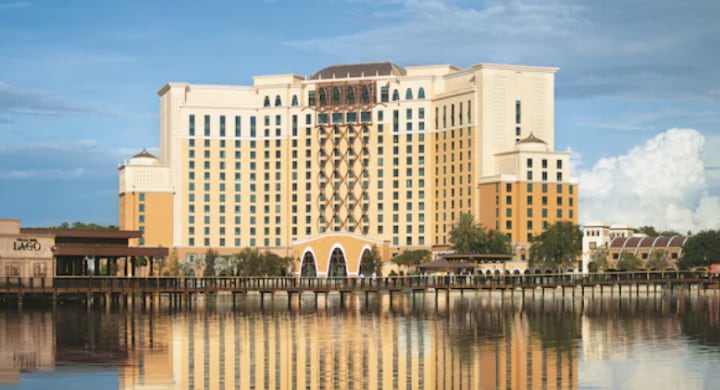 NBA players lead by example. We should all do the same.

Just a morning shoutout to the NBA community. Most players continue to set a great example across the country and use their platform to fight for a better society.

Per Walt Disney World sources, Disney and the NBA have agreed that Disney's Coronado Springs Resort is likely to be the primary host resort for the NBA when they resume the season. Sources say an agreement may be reached this week, which will allow preparations to move quickly.

•   More details continue to emerge as we near the NBA Board of Governors vote on a plan to formally resume the 2019-20 season. I guess there was some previous concerns about the housing available for players during this potentially extended Disney stay, but a quick google search look at the Coronado Springs Resort … and I think these guys will be more than comfortable.

•   NBC Sports Chicago’s K.C. Johnson went on the Chicago airwaves this morning to talk some Bulls basketball. During the conversation on 670 The Score’s Mully & Haugh show, he gave his two cents on the current Lauri Markkanen situation. To refresh your memory, Markkanen and the Bulls can negotiate an extension this offseason. Apparently, the 22-year-old forward expressed an interest in getting a deal done on the Finnish podcast Urheliucast the other week. Chances are he’s always been willing to sit down at the negotiating table, but his future in Chicago certainly felt murky after reports surfaced this season that he had become unhappy with the current direction of the organization. Johnson said we shouldn’t make too much out of those prior reports, and Markkanen has continually felt valued by this franchise.

•   While I believe Markkanen was never upset enough to try and force his way out of Chicago (after all … he’s not really in a position to do so with his contract/way he’s played), I’m sure he held some kind of frustration toward Boylen and the GarPax regime. Like practically all of the players, he probably sees this new front office overhaul as a legitimately fresh start. Previously stuck in old ways, I have to imagine Markkanen is now even more excited to lock-up a longterm deal. How that negotiation will go though is still a major question mark. Johnson says Markkanen isn’t one to rock the boat, but I still have to believe the two sides will start on two very different pages.

•   Johnson also said during the interview that he doesn’t expect the Bulls to play again this season (ditto) and that the plan is still to allow players to begin social distanced workouts tomorrow at the Advocate Center.

•  New Bulls play-by-play announcer Adam Amin also joined the Mully & Haugh Show to talk about his new gig. If reading is more your thing though, check out the Tribune’s Q&A.

•   Amin also shared a little message of his own. Well said, and we should all be glad to have him back in Chicago.

New chapters with FOX Sports and my hometown Chicago Bulls. I have been given an amazing opportunity here. I would like to try and start to reciprocate. Thanks for listening. pic.twitter.com/HSh5ZGYGMQ

On this date in 1991, Magic Johnson posts a triple-double in the @Lakers Game 1 win over the Bulls in the NBA Finals, spoiling Michael Jordan's @NBA Finals debut.

The @Bulls, of course, would get the last laugh. They swept the next 4 games and won their 1st NBA title. pic.twitter.com/AloziAkMwM

•   I love how you can basically pull up a crazy MJ stat from any day of the traditional basketball season. Just GOAT stuff.

Statement from the family of Wes Unseld.