The Wait is Over (But Also Not), Home Court Advantage, Bulls Draft Odds Take a Hit, and Other Bulls Bullets Skip to content 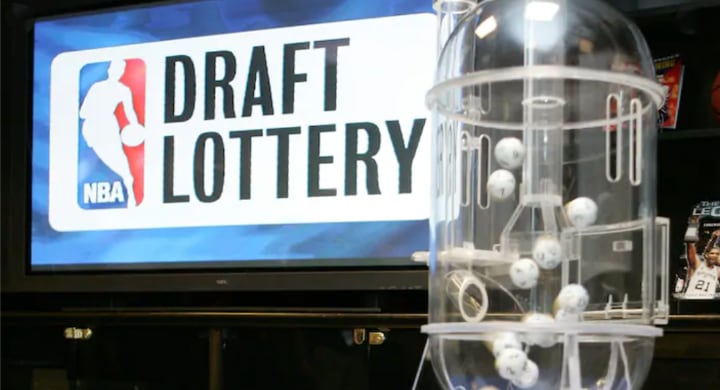 These bullets are coming super late today, with my apologies.

We had a couple more pressing NBA news stories to get to this morning, and then I had to take a brief intermission to do some online furniture shopping/ordering. Which reminds me, furniture shopping for a new apartment seems pretty fun until you’re reminded it’s totally not. I mean, it’s lower stakes and less stressful than finding a new place, but it’s still a TON of work (especially for someone like me who’s incredibly indecisive). Curse you HGTV for making this all look so heartwarming and fun! My faulty expectations are your fault!

•   The pressing NBA news I alluded to in the intro … BASKETBALL IS BACK, BABYYYYY! Er, well, it will be! Soon! Earlier this morning, ESPN’s Adrian Wojnarowski reported the league will vote to approve Commissioner Adam Silver’s 22-team plan to resume the 2019-20 season tomorrow at 11:30 CT. We waited 85 incredibly long days to get to this point, and it feels good to have finally reached a consensus (glares at MLB).

•   With that said, we’re still going to have to wait a while before we can watch any live games. The first game back will reportedly be set for July 31st, with the intention of having the season stretch no later than October 12th. I know this feels like an annoying amount of time between the announcement and actual gameplay, but please keep in mind how much the league has yet to figure out. Logistics centered around lodging, travel, practice time, and testing still need to be discussed, so Silver seems to be giving himself enough of a cushion to make sure this moves forward as smoothly as possible. Plus, with the NBA practically already committed to a late-December start for the 2020-21 season, there still isn’t a massive rush.

ESPN story on the NBA's plan for a return: https://t.co/z90vvFqob6

•   Basically, this is what you need to know: “The play-in tournament will include the No. 8 and No. 9 teams — if the ninth seed finishes the regular season within four games of the eighth, sources said. In that case, the No. 8 seed enters a double-elimination tournament and the No. 9 seed a single-elimination tournament, sources said.” Not as wild as the NBA could have gone … but it’s something different and, thus, kind of cool.

•   Now, NBA teams are asking “what the hell happened to our home-court advantage?” First of all, just shut up and understand the situation. Second of all – even though I just told them to shut up – I’ve always agreed that playing at home can be a huge benefit. However, I’m not sure the way to cope with this loss is to allow priority room selection to top teams or extra possessions. Yes, those are all apparently on the table …

With homecourt advantage out the window in an NBA bubble, some contenders are angling for an alternative leg-up, sources tell ESPN. Extra possessions, extra coaches challenges and even first dibs at picking a team hotel on site are being discussed https://t.co/26G5Iwo0rt

•   Again, as a firm believer in momentum and the mental aspects of nearly any sport, I can see how some players/organizations are off-put by a neutral-site playoffs overall. I mean, these teams aren’t just missing out on an opportunity to play their most important games of the season in front of their home crowd, they’re missing out on an opportunity to play in front of any crowd. At the end of the day, I’m not sure how much this will impact the league’s best teams (Lakers and Bucks), but I think it could certainly work against some. Think about the Miami Heat (27-5 at home, 14-19 on the road) or the Philadelphia 76ers (29-2, 10-24) in the East and the Denver Nuggets (25-8, 18-14) in the West … these teams thrive under their own roof. It’s hard to say if this makes them substantially less of a threat than they already were, but it’s something to think about.

A reminder that today was originally the withdrawal date for early-entry candidates to the @NBADraft. The draft is likely going to be moved from June 25 to sometime in the fall. But I would be surprised if the withdrawal date goes too deep into the summer.

•   Oh, and somehow a shortened regular season still worked against the Bulls.

A semi-sad reminder: The end of the regular season schedule was brutal and there's a good chance the Bulls' draft odds would have only improved.

Teams they would've played over last 17:

•   If MJ was there, you know he’d be taking so much money from naive rookies.

While players and coaches will be allowed to golf and eat at outdoor restaurants in Disney, they will also be required to maintain social distancing, sources tell @ramonashelburne. https://t.co/X2esAfEPvq