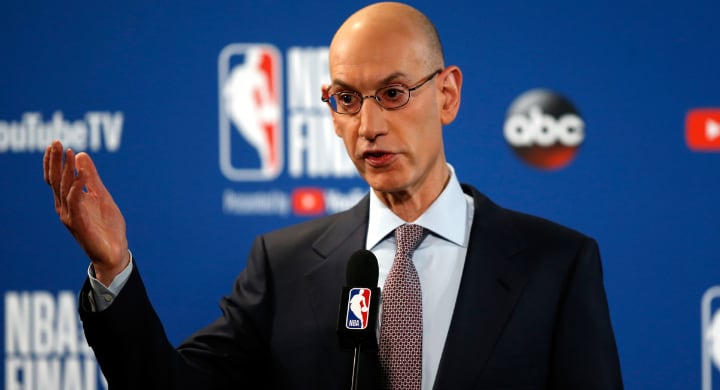 We waited 85 long, frustrating days for an official announcement on the fate of the 2019-20 NBA season. But, fortunately, we finally got what we wanted.

On Thursday afternoon, Commissioner Adam Silver shared his 22-team plan for a resumption of play with the Board of Governors and it passed on a 29-1 vote (the Portland Trail Blazers were the only team to vote against it). A lot of questions will still need to be answered, but it’s extremely nice to finally know one thing for sure – the NBA will return.

With that said, thanks to an over two-month-long hiatus, we’re about to see the NBA calendar change quite a bit. Rumors have circled over the last several weeks about the league’s interest to start next season in late-December regardless of the 2019-20 outcome. However, according to The Athletic’s Shams Charania, we could see the 2020-21 campaign start as soon as December 1st.

Sources: The NBA informed the Board of Governors of scheduled dates:

The way this is all mapped out, only 23 days stand between the start of free agency and the beginning of 2020-21 training camps, which just … wow. And to see the NBA is considering December 1st as the start date does come as a pretty big surprise, especially after late-December (specifically Christmas day) has been the talk of the town. I’ll be curious to hear some player input on this calendar change. In any other situation, I’d expect complaints thrown the NBA’s way, but with nearly three months at home due to such unforeseen circumstances, I think we’ll probably just see most players roll with it.

Short off-season is the big surprise in today’s announcement. Shortens the extended lay-off for the 8 teams not invited to Orlando (like Bulls) & keeps open the possibility of NBA stars playing in the Olympics next summer. https://t.co/fhRwX162w8

I will say this though: If any dates are subject to change, these would be at the top of the list.

Anyway, the NBA is certainly making this as easy as an adjustment as possible for the players. Teams not only have an entire month of training camp to prepare for the resumption of play, but they have practically an entire month before training camp to get their bodies right. The NBPA was apparently pretty adamant about giving the players enough time to get back in the groove; I think this will allow for just that.

Charania also shared three other important dates we should keep in mind:

And here’s how the lottery odds will be determined:

In other words, the six teams who will travel to Orlando and miss out on the playoffs will still see their record as of March 11th serve as their seeding.

I’m going to assume, for now, that all of these dates are tentative. With the mysterious nature of the ongoing COVID-19 pandemic, we can’t rule out any unexpected changes. I mean, after all, we had the entire NBA season suspended. Nonetheless, I’m excited we finally have a clear timeline to work with and some dates to look forward to.

Basketball is back, baby!