How Many "Stars" Are in the NBA? Bulls Finally Taking Responsibility, Michael Jordan's 442 lb Fish, and Other Bulls Bullets Skip to content 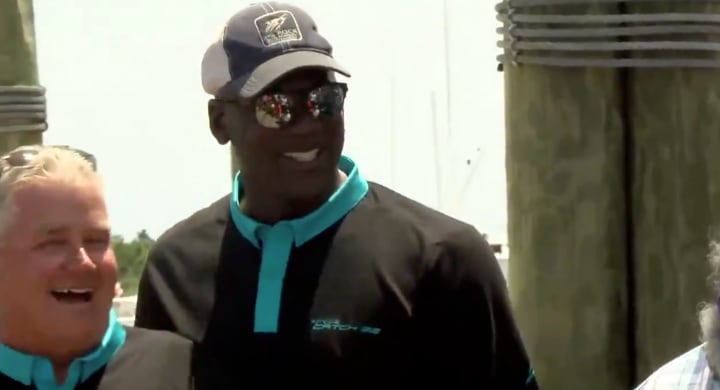 Today is already better than yesterday because my bullets weren’t magically deleted!

•   Okay, I can dig this level of ownership.

This is not how we wanted our season to end, but this year has taught us a lot.

We know we have work to do – on the court and off.

Thank you for growing with us, for cheering with us – for always running with us. pic.twitter.com/eST9Wo3Qx3

•   The more self-aware this organization can prove to be, the more optimistic we can feel. Since Arturas Karnisovas’ takeover, I’ve certainly noticed a different level of ownership. Of course, actions will always speak louder than words, but statements like the one above have become a welcomed trend. Whether it be his first press conference as the Bulls new executive VP of basketball operations or his most recent conversation with reporters on June 6th, Karnisovas has made it pretty clear that “no excuses” is one of the organization’s new mantras. My guess is he did his research on all the frustrating quotes that came out of the GarPax regime, so, fortunately, we shouldn’t hear Karnisovas utter the words “when ____ got hurt.”

•   Michael Jordan’s Catch 23 boat scooped up a 442-lb Blue Marlin yesterday at the 62nd Annual Big Rock Blue Marlin Tournament. I know nothing about fishing, but since (1) this is MJ we’re talking about and (2) that’s a big ass fish, I assumed this meant Jordan won the $3 million prize. Boy was I wrong. Jordan’s catch was only good enough for 5th place, which means he definitely went right back onto his boat to go catch a 500-lb Marlin with his bare hands (Michael: Jordan was probably like “They told me I got fifth place, and I took that real personal.”)

•   How much trash do you think Jordan talks in competitive fishing? Also, do you think he names ever catch after a former player? Is that blue marlin’s name Scott Burrell? I want an entire documentary on this.

•   Zach LaVine is stuck somewhere between “star” and “good.” Plain and simple.

•   What defines a star player in the NBA? And how many are there (sorry, I have a lot of questions today)? We recently discussed this in our BN Group Chat, and I think we have to split things up into different “star” categories. For example, there are about 20 “big-time stars” in today’s league: Kawhi, LeBron, Davis, Harden, Curry, Thompson, Durant, Giannis, Jokic, Embiid, Lillard, Irving, George, Tatum, Butler, Westbrook, Beal, Simmons, Paul, Kemba, Doncic. All these players are/have been All-Stars and should be considered household names. They’re also all No. 1’s or Co-No. 1’s on their respective teams (which more often than not are winning teams … except for Bradley Beal).

•   We then get into the “border-line big-time star” conversation, which includes guys like Devin Booker, Trae Young, Victor Oladipo, Karl-Anthony Towns, and Donovan Mitchell. Then, we hit our regular “star” category, and I think this is where Zach LaVine comes into play alongside guys like D’Angelo Russell, Pascal Siakam, Draymond Green, current DeMar DeRozan, CJ McCollum, Khris Middleton, and Jrue Holiday. I’m doing all of this on the top of my head, so I know there are names I’m not including, but I feel like this kind of sums up the different levels of stardom in a star-heavy league.

Stacey King lines in this, ranked:

•   By the way, I don’t care how many times I watch this dunk, it’s so freakin’ electric every time

•   The Bulls may be out of the Orlando Bubble, but we can all still have a rooting interest. Before the NBA world went dark, Joakim Noah signed with the Los Angeles Clippers. So, hi … it me … Clippers fan. Anyway, The Athletic wrote a great piece about Noah’s journey back from injury and how he landed in Los Angeles.

Coby White is a man of the people. https://t.co/dYSLBPJSyM