Jim Boylen Took Away Lauri Markkanen’s Versatility, the New Regime Must Give it Back
Search
Skip to content

The 2019-20 NBA season might go down as the worst of Lauri Markkanen’s career.

Over a total of 50 games played, Markkanen averaged 14.7 points and 6.3 rebounds per game. He shot a career-low 42.5 percent from the field and 34.4 percent from behind the arc.

During a season in which many believed Markkanen could/would make the All-Star leap, he did exactly the opposite. We watched his numbers drop, his minutes fluctuate, and (the most painful) his confidence bleed out onto the court until there was nothing left. By the time the last game of the Bulls shortened season came around, Markkanen felt like a shell of his former self.

As folks have debated his junior-season slump across the airwaves and interwebz, I’ve seen one concept surface over and over: At the end of the day, this is Markkanen’s fault. I get that, and I’ve actually said it myself. However, the more I dig into the stats-behind-the-stats this season, the more blame I want to put on Jim Boylen and the Bulls overall change in philosophy.

Let’s go back to October 23rd when the Chicago Bulls played the Charlotte Hornets in their very first game of the season. Markkanen dropped 35 points and hauled in 17 rebounds in a performance that, despite the loss, was exactly what many of us had hoped to see out of him in his third year.

He took 22 shots in the paint and played an aggressive brand of basketball. Even better, the Bulls fed him the ball on the move and trusted him to find his shot. He finished the night with a usage rating of 31.9 percent, good enough to land him in 97th percentile of NBA players, per cleaning the glass. This was his highest single-game usage rating of the season.

In fact, his 25 shot attempts overall, 22 shots in the paint, 35 points, and 17 rebounds were all season-highs.

Of course, as a season goes on, a team is able to further emphasize and implement its desired “system.” Jim Boylen’s system was filled with missed 3-point shots and botched layups, and he defended it by pointing to the pro-analytics shot chart. This was Boylen’s bible (or, rather, crutch), and he preached it blindly hoping the advanced analytics gods would answer his prayers.

Unfortunately, no divine force intervened, and Lauri Markkanen quickly fell victim to the Bulls new plan. With a five-out offense in place and a decent stroke from downtown, Markkanen found himself behind the 3-point line more than ever. And while he may be accustomed to shooting the 3-ball, he’s also a seven-footer who’s built to move around the rim. I mean, for a guy his size, he has quite the diverse bag of tricks on the offensive end.

To better understand the potential impact the Bulls new system (if you could call it that) had on Markkanen, let’s compare things to last year. 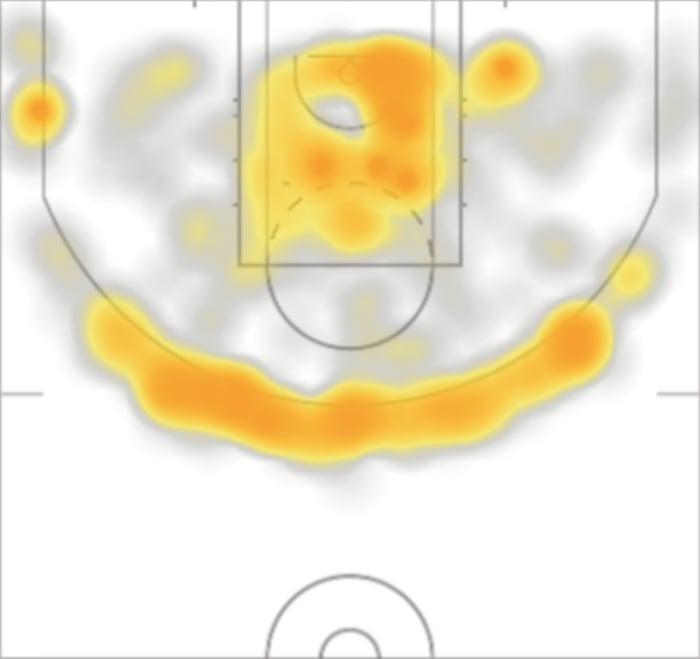 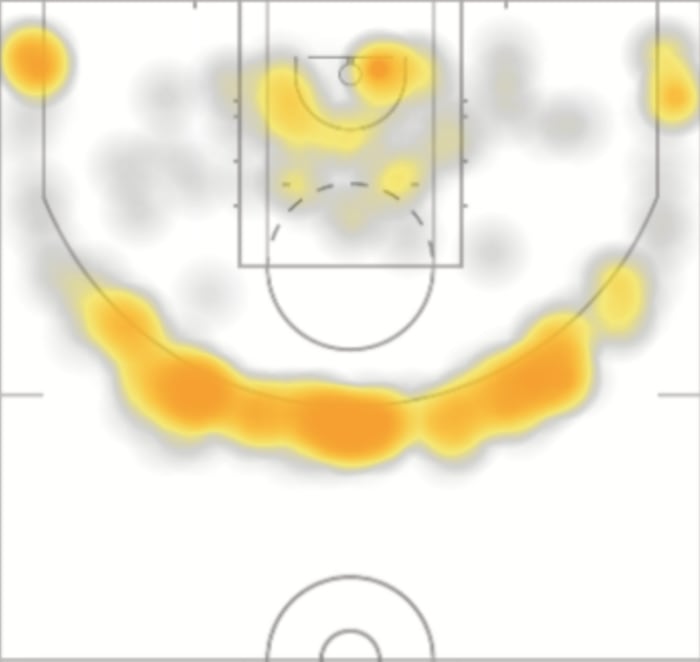 If it looks like Markkanen had a TON more action in the paint and mid-range last season … it’s because he did.

During the 2018-19 season, Markkanen took 360 shots in the paint compared to just 253 this season. And before you ask about the number of games he played, thanks to injury trouble, Markkanen appeared in just two more contests in 2018-19 than he did this season (50).

The significant change in shot attempts continues in the mid-range category. The Bulls basically axed any kind of mid-range game this season, which played at least somewhat of a big role in Markkanen’s shot creativity. Last season, he took 104 mid-range attempts compared to only 21 this season.

And just to keep punching you in the face with stats, here some other shot types that have seen a stark decrease:

The point I’m trying to make here is less about the specific shot and more about the diminishing versatility. A lot of Markkanen’s potential revolves around the differing ways he’s proven able to score the basketball. For someone his size, such a wide array isn’t necessarily the norm, and that’s a huge part of what made him such an intriguing prospect in the first place.

I mean, just read what Draft Express wrote about him back in 2017:

Markkanen’s offensive skill level figures to give whatever team drafts him a valuable asset, as his ability to spread the floor from the power forward position will make his teammates’ lives much easier. The versatility with which he makes shots could also make him a terrific weapon for a creative offensive coach.

What did Boylen and the Bulls decide to do with him? Play catch and shoot basketball. This season, 51.8 percent of Markkanen’s shots were considered catch and shoot looks – up from 40.9 percent last season. Meanwhile, and this is one of the more staggering stats, 69.2 percent of Markkanen’s shots this season came without a single dribble (54.6 last season).

Again, is some of this on Markkanen’s fault for not being more aggressive and putting the ball on the floor? Yes. But I don’t think we can deny the Bulls have taken away weapons from Markkanen’s arsenal. You don’t just see this drop in usage and versatility because a player loses confidence.

Fortunately, we’re still dealing with a 22-year-old; and thus, the Bulls can view him as an incredibly important piece for the franchise moving forward (one they can negotiate an extension with this summer).

However, as much as Markkanen needs to get his own mind and body right, the Bulls need to put him in a position to succeed. In other words, if the Bulls view Markkanen as a cornerstone piece, they have to treat him like one. This means finding a more creative head coach. This means getting him the ball on the move. This means feeding him the proper minutes and touches. But most importantly, this means allowing him to play his game. #FreeMarkkanen 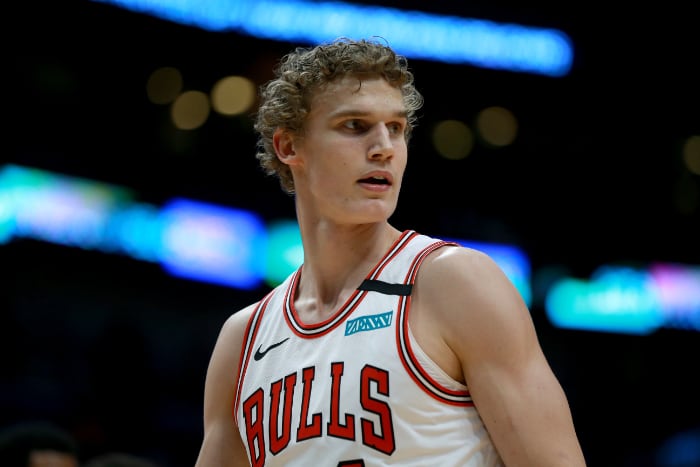