The Wizards' Davis Bertans Says No to Orlando Bubble - How Many More Will Follow? Skip to content 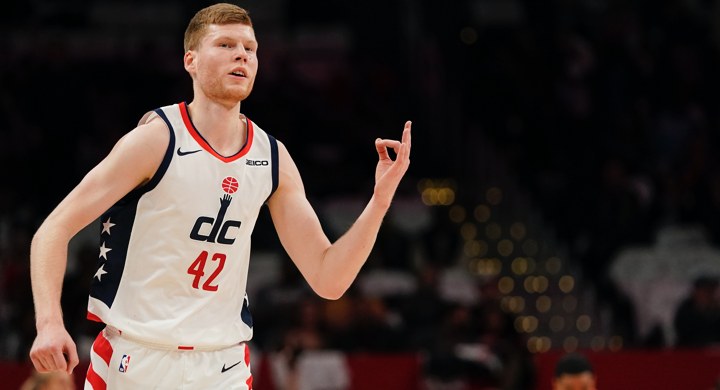 The first domino has fallen for the NBA … how many will follow?

On Monday morning, ESPN’s Adrian Wojnarowski reported that Davis Bertans of the Washington Wizards would opt out of participating in the Orlando bubble:

Reporting with @TimBontemps: Washington Wizards F Davis Bertans has decided to sit out the Orlando restart, sources tell ESPN. Bertans is entering free agency off of his most productive NBA season – with two ACL injuries in his past.

The Wizards, thanks to being within six games of the No. 8 seed, are the only Eastern Conference team out of the traditional playoff picture to land an invite to the league’s restart. And while I’m sure few expected them to make a big enough splash to surpass the Orlando Magic, current owners of the eighth seed, not having Bertans makes it feel almost impossible.

Bertans is a sharpshooting big man and the team’s second-leading scorer this season behind Bradley Beal, averaging 15.4 points per game. He also shot 43.4 percent from the field and 42.4 percent from downtown, which is tied for the seventh-best 3-point percentage in the NBA. Yet still, his decision to stay out of the bubble makes all the sense in the world.

As Woj points out, the guy is months away from possibly landing his biggest contract yet. At age 27 with two prior ACL injuries, it’s not hard to imagine why Bertans wants to ensure he’s in tip-top shape come this offseason. We all know joining the restart comes with its fair share of risk, and for someone looking to cash in on his best season yet, the trip to Orlando may not be a risk worth taking (especially when your team has a slim chance of cracking the top-eight).

Now, we have to wonder who might follow, as this could set a precedent for the 2020 free-agents-to-be on the playoff bubble. Players like Derrick Favors, Aron Baynes, Kent Bazemore, Hassan Whiteside, and Carmelo Anthony could see themselves in similar situations. Bertans’ expected contract may be much larger, but these guys still have to wonder if the risk is worth the rewards. I mean, what’s the point of going to Orlando to “prove yourself” only to (1) maybe get injured/or catch the virus and (2) not make the playoffs?

And while it feels like free-agents-to-be on current playoff teams would be less likely to sit out, we should still keep an eye out for them as the June 24th opt-out deadline approaches.

At the end of the day though, let’s remember, anyone can say no. Players have only a couple of days left to make their decision, and (in my opinion) I doubt Bertans will be the biggest name to stay home.