When Rose Found Out (VIDEO), Busy Week for the NBA, Making Benny a Star, and Other Bulls Bullets Skip to content 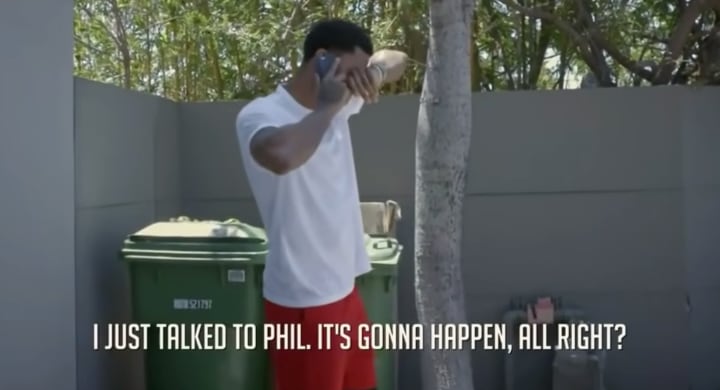 Signing up for a new internet and cable subscription <<<<<.

And just so we remember the official trades:

•   The situations surrounding both the Derrick Rose and Jimmy Butler trades are understandable (to an extent), but that doesn’t make June 22nd hurt any less. The fact of the matter is, on this day in history, the organization punted on two of the best talents to ever walk through the United Center doors. Rose may have been a shell of his former self in 2016, but he was still the city’s kid. In the meantime, while Butler’s diva-attitude was unwelcome, this organization didn’t want to treat him like the top-15 player he would soon become. Oh, how frustrating.

•   At least the Butler trade had a somewhat worthy return (though let’s be clear, neither the Bulls nor T-Wolves won this trade). Dunn may be on his way out, but there is still a possibly bright future for LaVine and Markkanen in Chicago. The Rose trade though … that one makes me want to vomit. I know he may have been broken, but he still went on to average 18 points, 4.4 assists, and 3.8 rebounds per game in his first season with the New York Knicks. I’ll freely admit that his return value probably wasn’t as high as many Bulls fans would expect, but that doesn’t mean I’ll ever feel comfortable about this exchange.

•   Also, I watched this again earlier and became enraged, so now I’m going to make you watch it too. Gutwrenching.

•   Anyway, which trade do you hate more? I’d imagine the popular response would be Rose; however, let’s keep in mind what Jimmy Buckets has become. I don’t think he can single-handedly lead a championship-caliber team, but that doesn’t mean he couldn’t have turned into the saving grace the Bulls needed (if they built around him properly). He’s a top-15 player who can keep a team in the hunt, and perhaps one day he’d do enough to lure a free agent to the Windy City. Anyway, on the internet, bouncing around too many hypotheticals can be like a minefield in the middle of a trampoline park, so I’ll just stop this whole trade discussion here. I miss both.

Big week of dates for the NBA

Wed.- A player should notify his team if he is not playing

Sat.- Two-Way contracts (only 22 teams in Orlando) can be signed

•   I want to make one thing clear ahead of the testing that will begin tomorrow: Chances are, we’re about to hear of some positive tests, but that doesn’t mean the NBA is screwed. The NBA not only expects positive tests, but they have prepared for positive tests. Part of the reason we see teams regrouping nearly a month before games it to ensure everyone can be COVID free by the time games start. Yes, practice time is important, but the league wants to give teams the proper amount of time to isolate individuals and ensure the entire team is clear. In my opinion, the biggest thing standing in the NBA’s way right now is the spike in cases around the Orlando area. The league is prepared to deal with all things players, but the more they have to worry about the workers coming in and out of the Disney World campus, the harder everything will be to control. (MICHAEL: Moreover, there’ll likely be positive tests during the remainder of the season, but that, too, is expected and accounted for. The trick is identifying cases early, removing them from the population, and controlling a spread. It’s going to be difficult, but it is doable).

•   If players do not want to travel to Orlando, they’ll have to tell their organization by Wednesday. Earlier this morning, Davis Bertans did exactly that.

•   I bet Jim Boylen would try to spin this into a positive.

If you love Benny the Bull, you’ll enjoy this feature about the guy who made Benny a star: https://t.co/b4Lu6sbsB0

•   If you by chance have been a mascot (whether it be high school or whatever) I’d be curious to hear about it in the comments. What is the mascot lifestyle likes? Is there a fraternity? Do you have social events where you’re all in costume, don’t speak, and tumble all over the place in a whacky manner?

A letter from Thaddeus Young to TJ and Taylor. #FathersDay pic.twitter.com/VZqMlgN7rR

"I'll wake up and start crying. No reason. Tears of joy."

Wendell Carter Sr. on the blessing of fatherhood. #FathersDay pic.twitter.com/SRMgIAigrC