NBA SCAM: There Really Was a Conspiracy Against the Bulls! Skip to content 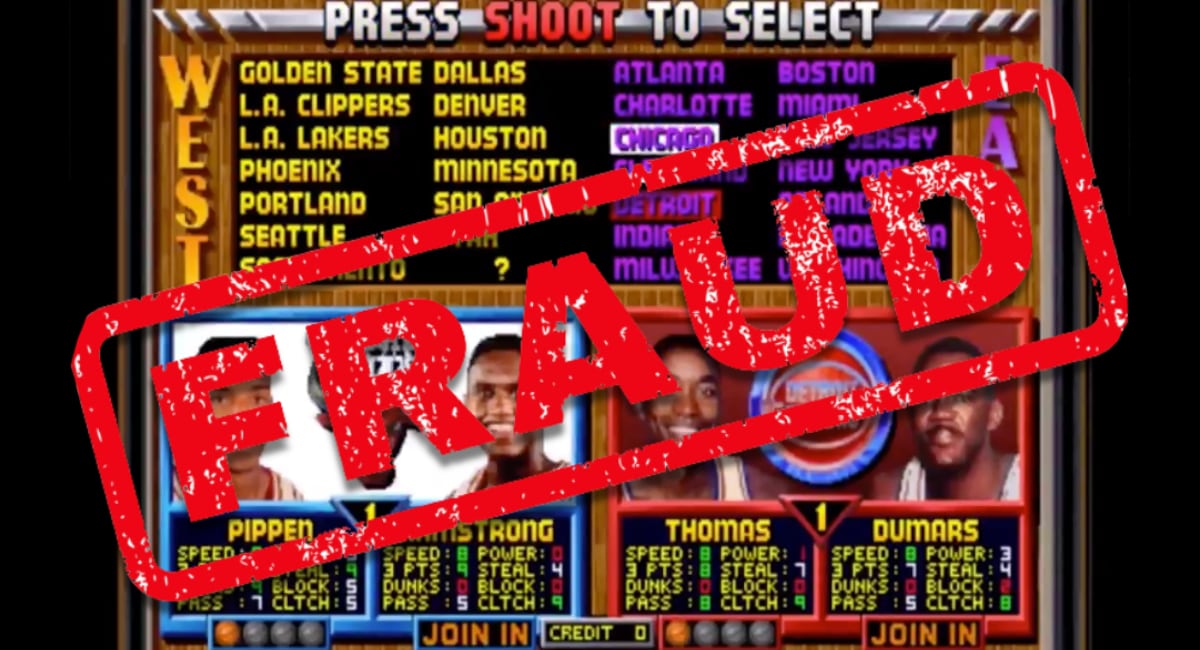 Mark Turmell, the creator of one of the most famous basketball games to ever touch this earth, NBA Jam, divulged a dirty little secret in a recent interview with the Youtube Channel Ars Technica.

THE GAME WAS PROGRAMMED TO SCREW OVER THE BULLS.

The creator of NBA Jam finally confirms the long standing conspiracy theory that the game was programmed so that if the @ChicagoBulls took a last second shot against the @DetroitPistons it would always miss.

SO THE TRUTH COMES OUT! YOUR HONOR, I REST MY CASE.

Turmell grew up in Michigan and admits to being a Pistons fan (which … major ew), and he said this sneaky coding was his way of getting back at the Bulls for their rise to fame in the 90s.

As furious as some of us might be with this confession, a quick google search will show you this actually isn’t the first time he’s come forward (probably all that guilt). In an interview with ESPN Magazine back in 2008, Turmell spilled the beans when reporter Jon Robinson asked him whether or not Scottie Pippen’s rating dropped when he played certain teams.

It’s true, but only when the Bulls played the Pistons. If there was a close game and anyone on the Bulls took a last second shot, we wrote special code in the game so that they would average out to be bricks. There was the big competition back in the day between the Pistons and the Bulls, and since I was always a big Pistons fan, that was my opportunity to level the playing field.

You see that, kids? That’s a quote from a diabolical man.