Can We Get Some Formal Action for the Other Eight Teams? And Other Bulls Bullets Skip to content 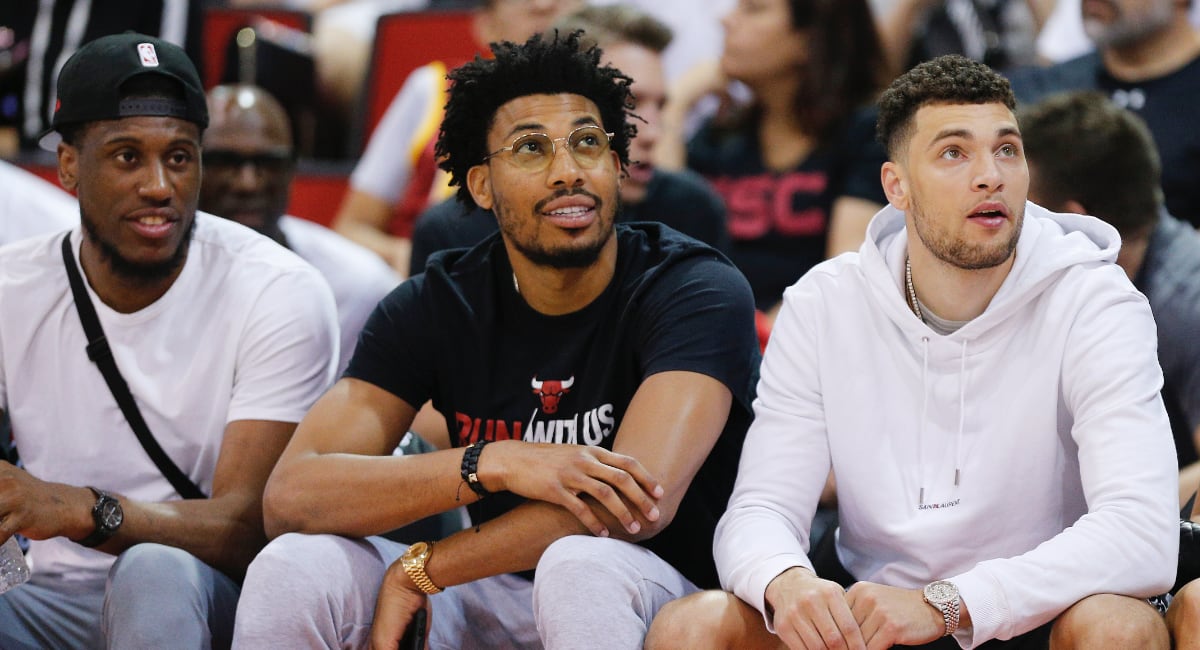 My weekend will be full of stress-packing for my move on July 1st. I hope you can say otherwise.

•   We have roughly six more months until our next regular-season Bulls game, and the seven other teams left out of the Orlando bubble are in the same boat. Not only does this make it hard for teams to keep fans invested, but it makes it VERY hard to truly develop the talent on your roster. On-court, in-game action is the best way to grow as a young player, and considering this current Bulls team is founded on a bunch of guys who are under-25 years old, it feels like they could be especially hit hard by this extended offseason. I’d bet a good chunk of money that Arturas Karnisovas is battling behind the scenes for a  new “summer league” of sorts. We all know he wants to further evaluate this talent, but he and Marc Eversley are also very focused on player development. According to NBC Sports Chicago’s K.C. Johnson, the NBA is continuing to speak with the eight non-bubble teams about establishing a set of “formal activities” over the next couple of months.

NBA deputy commissioner Mark Tatum and union director Michele Roberts said conversations are ongoing regarding formal activities for 8 teams, including Bulls, not going to Orlando. Both acknowledged difficulty because any such activities would have to match Disney safety protocol

•   I’m almost confident we’ll get an additional Bulls training camp over the next couple of months. The question will be whether or not we get organized AND televised games. The Athletic’s Sam Amick reports there is certainly a push for a secondary “bubble” site where these eight teams could train and compete against each other (may I recommend the beautiful city of Chicago?). Perhaps the NBA is waiting to see how the first couple of weeks in Orlando go before committing to this idea, but if everything goes relatively smoothly, I can’t see why they wouldn’t go this route (if not on the bases of television revenue alone).

•   Just saying, these extra games would also give us a chance to see what a White-LaVine backcourt looks like. When White started his first game on March 11th, LaVine sat comfortably on the bench in a pretty fly suit. As I’ve written before, I think this duo can definitely work, but it has an even higher likelihood of working if the team can fine-tune things in some extra exhibition games. Anyway, at the end of the day, it’s simple … more games = better for the Bulls.

•   Mine is a pretty boring answer: Derrick Rose.

•   I had other merch and whatnot, but Rose was the first real jersey I got. Even better, it came from my grandmother – t’was a splendid day.

•   Speaking of Rose, could his fate be the same as Vince Carter’s?

•   I doubt Rose plays for 22 years, but we’re looking at a very similar situation in terms of career arc. Rose skyrocketed toward superstardom over his first couple of seasons in the NBA before a harsh decline. He deserves some major props for keeping up the willpower and attitude to reinvent himself. The way he’s playing today (a bit slower and smarter) could very well expand his career far past what we thought it would be after his injury trouble.

•   Chris Bosh on almost coming to Chicago in 2010: “I did consider it. I didn’t at first. But people start getting in your ear, and it’s a whole other ballgame.” Cool. Great. Awesome.

•   Let’s not forget that Nikola Mirotic is a pretty damn good basketball player.

Read this as we break down the biggest games, the races to watch and what to expect in the NBA postseason during the Orlando restart. https://t.co/BsjjjuPuG7

I’d be perfect for home shoppers network! All these gadgets. @yungsmoove21 pic.twitter.com/hJh7Fy7aZq