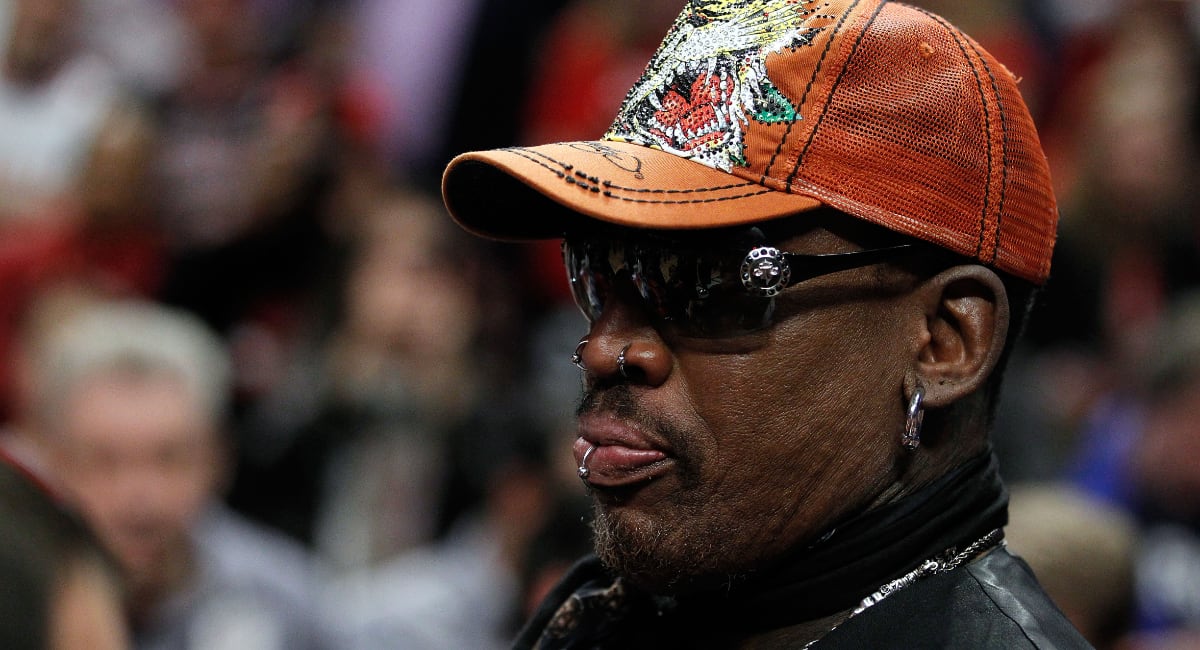 When Dennis Rodman speaks, you might as well listen.

The 5x NBA Champion joined WGN’s Pete McMurray for a random but fun interview, so let’s run through it some of the highlights, alongside some thoughts of my own.

•   First things first, Rodman, 59, still works out five times a week, which clearly means he’s in rebounding shape. Do you think he could steal a board over Cristiano Felicio? My answer is: “Hell yes.” Now that that’s out of the way ….

•   While many of Jordan’s former teammates had a bone to pick with The Last Dance documentary, Rodman seemed to be a pretty big fan: “A lot of players that Michael use to play with probably think he was so cocky and arrogant, I just think that they didn’t understand what he was trying to do in that documentary.” Honestly, it’s funny how out of all teammates, Rodman seems to be one of Jordan’s biggest fans. If anything, you think their personalities would’ve clashed, but I guess there was never even a small confrontation behind the scenes.

•   With that being said, he still expressed some disappointment in how The Last Dance portrayed Scottie Pippen. At the end of the interview, he made an effort to talk-up his former teammate, saying Pippen was clearly “the best player in the world” when Jordan first stepped out of the limelight. Additionally, he said the Jordan-Pippen duo is the best one-two punch in NBA history (which, I mean, is basically the equivalent to saying water is wet).

•  As for all the front office drama, Rodman said he never got involved. After all, he had enough drama and craziness going on off the court. And because of his off-court antics, we often forget just how much work he put in behind the scenes: “I learned that hard work when I was living in the streets … I used to wash cars, I used to the dirty work, I used to work for UPS cleaning truck, and this and that, because everything I did, I wanted to do it the right way. And then when I went to Oklahoma, they taught me values of living and having a family and getting up in the morning at 5:30 … just doing a lot of cool stuff like that. Then, when I got to the NBA, Chuck Daley embraced that whole work ethic.”

•   Be it Daley or Phil Jackson, Rodman has nothing but love for his former coaches. Daley acted as his father figure, while Jackson was someone he believed understood him on a deeper level: “Phil just knew how I was at that time because my life has changed so much … and I think Phil knew how to coach me and how to work with me, and I think Phil just kind of embraced that.” See, this is what makes Jackson a remarkable coach. The guy brought in the NBA’s biggest hothead and garnered nothing but respect. Truly impressive.

•   What was it like joining Chicago after once playing for the most hated team in the city? Perfectly fine, according to Rodman: “I think I warmed Chicago up because I came here and did my job.” Simple, but 100% correct. Show up, get to work, and Chicago will have your back.

•   Were the Pistons or Bulls the better team to play for? Rodman: “I’ll have to give Chicago the edge.” You’re damn right.

•   What’s the status update on Carmen Electra and Dennis Rodman? “We actually still talk today, and when I get back to LA, I think we’re going out to lunch. Maybe we hash out some stuff and maybe, who knows, something may come out of that because we’ve been talking about it for the last couple of months now … who knows maybe we’ll get back together, who knows.” The return of Carniss Electrod! We need this to be a reality show ASAP. If we got any TV producers out there, hit me up and let’s get to work.

Anyway, feel free to listen to the soothing sound of Rodman’s voice in the full interview here.