Getting More Out of Otto Porter Jr. in a Contract Year, Opt-Out Decisions Due, Lasting Legacies, and Other Bulls Bullets Skip to content 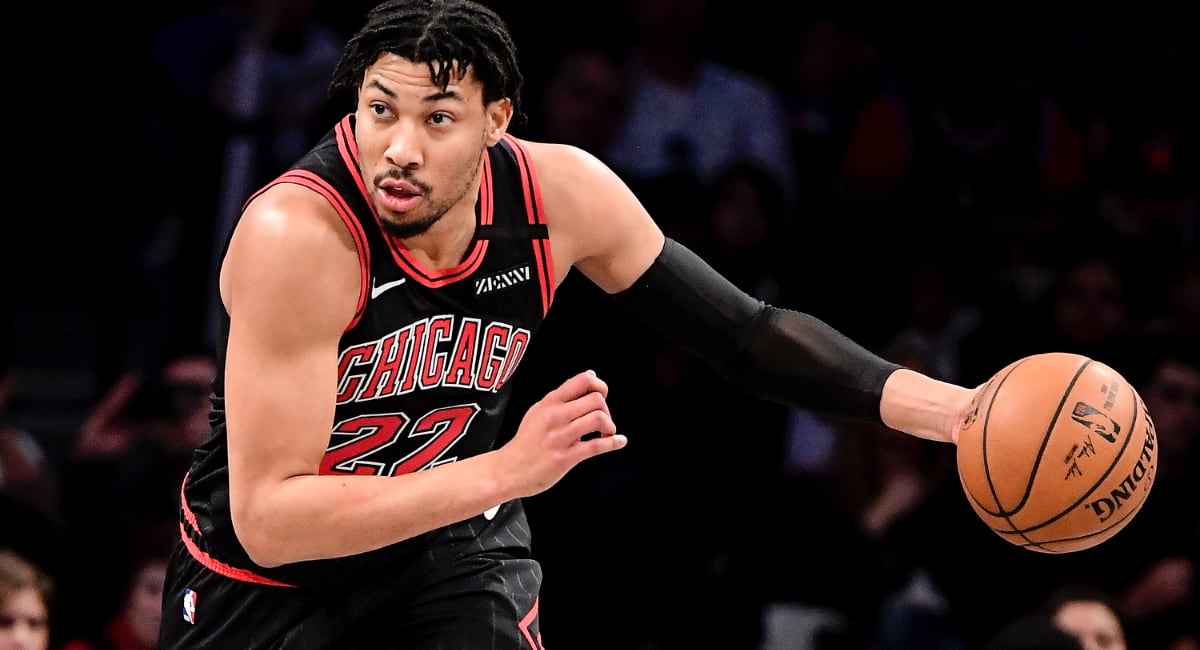 I move tomorrow, and I’m really hoping I got all of the mega annoying inconveniences out of the way already. Yesterday, I learned the material I need to set up my internet was sent to the wrong location AND my moving truck was canceled because the company “overbooked.”

Fortunately, I scrambled and figured both things out after several heated phone calls. It basically felt like hitting a go-ahead 3-pointer after being down 12. I’m in the lead right now, but I swear we better not blow this. I don’t want to have to hit a buzzer-beater.

•   I long for the day COVID-19 updates will not take precedence over everything else in bullets. Alas, that day is not today. Yesterday, we found out Brooklyn Nets players DeAndre Jordan and Spencer Dinwiddie both tested positive for the virus. Jordan quickly opted out of the Orlando bubble, while Dinwiddie has yet to make a formal decision.

Two Brooklyn Nets have tested positive for the coronavirus — Jordan and Spencer Dinwiddie. Jordan has opted-out of Orlando, and Dinwiddie is strongly considering the same. Nets will sign a substitute for Jordan, per sources. Nets are presently the seventh seed in East.

•   ESPN’s Adrian Wojnarowski reported that Dinwiddie is “strongly considering” also sitting out of Orlando, which the former Windy City Bull refuted on Twitter:

Keep “Trillion” warm for me @wojespn. I’ll sign it for you game worn or not.

•   Dinwiddie is a Shams guy – good to know. Anyway, if Dinwiddie’s physical condition keeps him out of the NBA restart, the Nets will be at a pretty stark disadvantage. To this point, we know Wilson Chandler, DeAndre Jordan, Nic Claxton, Kyrie Irving, and (of course) Kevin Durant will all sit out of the league’s comeback. The Nets currently sit with the 7th seed, only 1.5 games ahead of the Orlando Magic. Meanwhile, thanks to being within six games of the 8th seed, the Washington Wizards are the only team out of the current playoff picture to receive an invite to the bubble. A play-in game happens if the Wizards can use the eight remaining regular-season games to creep within four spots of the 8th seed. With the Nets on the verge of being extremely undermanned, could they swap places with the Magic and fall into a play-in situation with the Wizards? I’d consider it unlikely for now, but we can’t rule anything out.

•   Right now, I think Brooklyn is the hardest-hit team by player opt-outs, especially if Dinwiddie doesn’t make the trip. The deadline for players to let their organization know if they want to skip the bubble is tomorrow, so it’ll be important to keep an eye on the NBA news cycle of the next 24 hours. No major stars have decided to opt-out yet (besides Irving and Durant, but that’s particularly to rehab injuries), so either the NBA will officially have all the biggest names committed tomorrow or they’re about to get a rude awakening. How many dominos will fall?

Next few days of testing will determine when facility re-opens to players and staff in Denver, per sources. https://t.co/y4tT3qgfFz

•   Okay, let’s talk about the Bulls – a team so good the NBA decided not to invite them to the bubble because they would simply sweep the competition (it just wouldn’t be fair). Forbes Contributor Jason Patt gave us a rundown of Otto Porter’s contract situation, one that is stellar for Porter and a huge bummer for the Bulls. Even though the 27-year-old has played only 29 games in a Chicago Bulls uniform, the franchise is set to pay him $28.5 million next season. To be clear, he hasn’t officially picked up the player option, but for someone who’s battled injury trouble for the last two seasons, it incredibly hard to believe that he would turn it down.

•   All things considered, when healthy, Porter is a very solid player. And the benefit to this extended offseason is that the Bulls can ensure they have the best version of Porter come the start of the 2020-21 season. While he’ll likely be riding high on a major payday, it’s also in his best interest to have a bounceback campaign. He’ll be a restricted free agent at the end of next season, which means his longterm security will be up for grabs for the first time in quite some time (you have to play up in a contract year … right?). For the Bulls, that’s the good news. A better Porter means a better Bulls team. But possibly more intriguing, a better Porter means a solid trade piece. As Patt points out in his write-up, we should all keep this idea in the back of our heads. Porter could be a great trade deadline target for a contender next season, and considering Arturas Karnisovas and Marc Eversley are more invested in the long-run, we could see them push hard for a quality deal. I’m excited to follow that storyline. One way or another, the Bulls should expect more value from Otto Porter. next season.

•   ESPN’s Howard Bryant wrote a great piece about the impact The Last Dance had on Michael Jordan’s legacy. To encourage you to read it, I’ll drop this quote: “Legacy is what is left after there are no more clutch jumpers to make and no more opponents to stare down. It isn’t what you’ve done but what it will mean. Legacies cannot be immediately assessed, for they have nothing to do with the present. They’re not about you. At the end of 1998, Mark McGwire and Sammy Sosa thought their legacies were secure, and they were — but not nearly in the way each envisioned. You must wait and see what time does to your time. Legacy is not yours. It’s how the rest of us navigate what you’ve left in your wake.”

•   Pssssh, should have been Coby White.