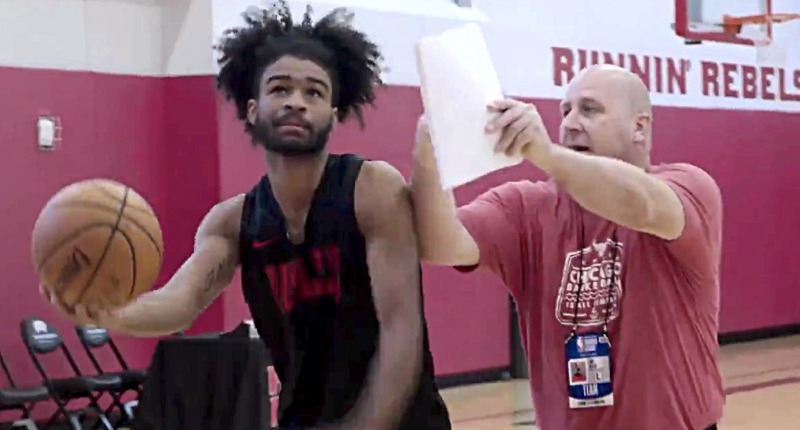 As the NBA works toward its 22-team return in Orlando, eight teams sit in limbo. The Chicago Bulls, Atlanta Hawks, Charlotte Hornets, New York Knicks, Detroit Pistons, Cleveland Cavaliers, Minnesota Timberwolves, and Golden State Warriors will each watch the continuation of the 2019-20 season on TV, just like the rest of us.

More to the point, none of the players on these eight teams are required to be in their home market. And while some are in the area/using team facilities for individual workouts, others are chilling elsewhere (according to some recent Instagram investigations, Zach LaVine is somewhere near a beach and Otto Porter is visiting his mother in St. Louis).

To put this all simply, the 2019-2020 hiatus effectively continued in full for these eight squads.

However, as the NBA finalized its return plan, a conversation started to swirl about whether or not these remaining teams should have some sort of return of their own. Some franchises were reportedly pulling for mandatory summer workouts or exhibition games earlier this month, citing concern over a possibly large “competitive disadvantage.”

Well, it appears the NBA isn’t too concerned about any such disadvantage.

According to the New York Post’s Marc Berman, the NBA will not allow any mandatory team activities this summer. Conversations were still ongoing during a conference call last Friday, but as NBC Sports Chicago’s K.C. Johnson notes, there wasn’t a whole lot of optimism.

On last Friday’s conference call,
neither NBA nor NBPA sounded optimistic an 8-team gathering was feasible. There is varying levels of interest among the 8 teams too. Some just want group practice time, if possible. But unlikely that would be mandated by PA. https://t.co/4sFlEVxuPI

Not only does it sound like the NBPA is hesitant to agree to any mandatory activities (which does make sense, especially as the bubble, itself, isn’t even mandatory), but some teams are reportedly less interested than others. Additionally, if the league were to go the exhibition route, they’d have to logistically mimic everything they’re doing in Orlando (albeit on a smaller scale). That’s a whole lot to ask for (and risk) for games of very little practical importance.

With that said, I’d argue that the Bulls are likely among the more interested parties in terms of mandatory OTA’s. When he spoke with the media on June 6th, Arturas Karnisovas expressed his disappointment (and understanding) in the league’s decision to leave out the bottom eight teams. He also told reported that he hoped there would be a way for teams to continue practices and possible play in scrimmages.

“We’re getting now on calls and we’re having conversations about how we can develop our players and how we can have a structure in place to get some practicing and possibly some scrimmaging possibly in the offseason to catch up to those teams that are going to be playing. The work obviously never stops. I informed the players that we will inform them depending on what the league is going to allow us to do this summer, and we’re going to go from there” (via NBC Sports Chicago).

Of course, the Bulls can still hold practices over the next couple of months, but those will likely have to be voluntary and largely internal. The good news about that is practically all of the Bulls players participated in voluntary workouts last summer, which could mean they’ll be proactive about doing the same sometime over the next couple of months. Yet again, that was before COVID-19 and before their disdain for Jim Boylen grew even greater.

Now, nothing is finite. The NBA hasn’t made any official announcement on the matter, and we all know things can change quickly. If the virus spread is less severe in the coming months (which certainly feels unlikely right now), I don’t think any of us would be surprised to see the league try and organize some kind of plan for these eight teams. Until then, though, we’re looking at roughly six months before we see all the Bulls players back on the court.