I Wish the Bulls Were Good Enough to Have a Rival, Payne Signs in Phoenix, No Love for Dunn, and Other Bulls Bullets Skip to content 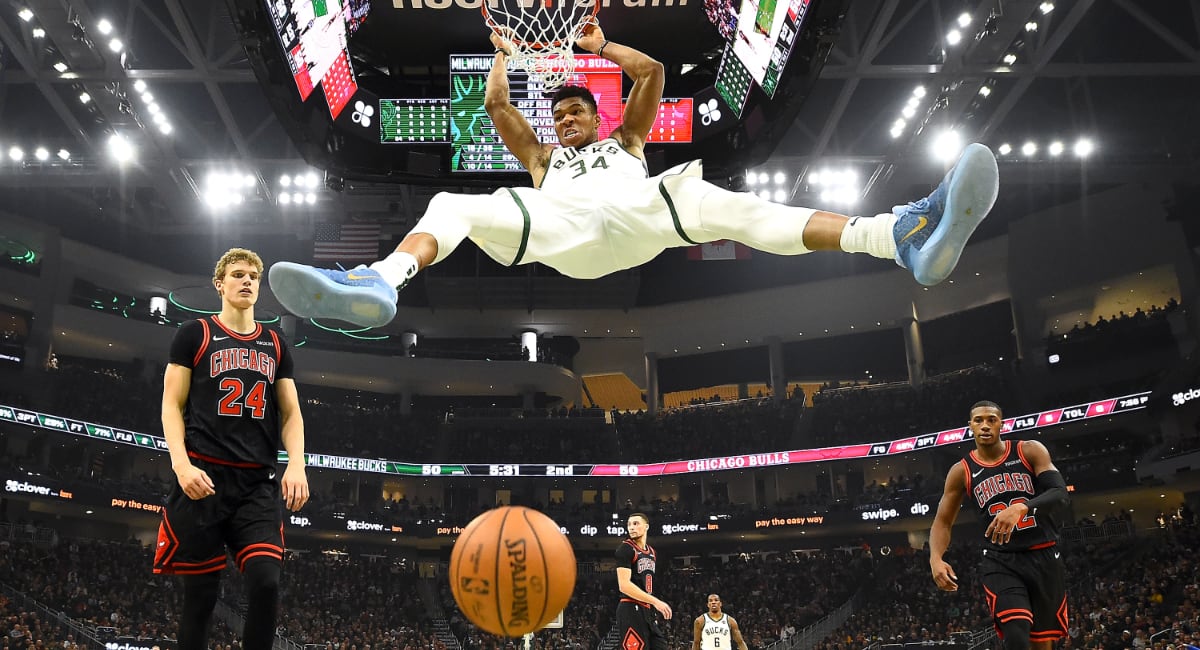 It happens to be a really big day for the fellas here at Bleacher Nation. Eli is off for the day, moving to … Milwaukee – hence your Michael-Morning-Bullets. Luis is celebrating his 34th birthday. And Brett is covering the return of baseball, which begins in earnest with the reporting of players today.

•   Speaking of Milwaukee, I always kind of wonder why the Bucks aren’t bigger rivals of the Bulls. They share the Central Division and are less than a two-hour drive away from the city (it takes longer to visit my parents in the suburbs sometimes). The Bucks are also pretty darn good right now and have the sort of star power, Giannis Antetokounmpo, that tends to breed jealously and rivalry among teams in the area. That should be all you need to fuel some sort of flame. So what gives? Well, I guess the easy answer is that the Bulls aren’t very good right now, and the Bucks weren’t very good when the Bulls were, and that’s about that (the Milwaukee Brewers and Chicago Cubs weren’t nearly as big of rivals until their competitive cycles aligned in 2007, 2008, and 2017-2019). But then who are the Bulls biggest rivals? Do they simply not have one? How depressing is that? (Luis: It’s the Knicks. They’re like the Cardinals, but in a city with better pizza.)

•   I know the Pistons were that team in the late 80s and 90s, and the Heat were the baddies when Derrick Rose was doing his thing, but that leaves a giant vacancy in a very important role. We (fans) need a rival like a super hero needs a villain. Without one, winning really isn’t as sweet. Fortunately, I think that can change. And I think the Bucks can still be that team, if their competitive windows ever finally align. Unfortunately … that might not be all the likely.

•   If we assume *everything* goes right for the Bulls from here on out (the new front office pulls off a great first draft, Coby White continues to develop, Wendell Carter Jr. stays healthy, Lauri Markkanen rebounds from a disappointing season, Zach LaVine takes another step forward, Jim Boylen is replaced by someone competent, and the front office is able to use all of this to attract at least one worthy free agent from the stacked class of 2021-2022), the Bulls could be legitimately competitive again for that 2021-2022 season … just when Giannis is scheduled to leave via free agency.

•   I won’t be so naive as to count on the Bulls and Bucks switching places in just 1.5 years, but if they do lose Giannis – and that seems like a distinct possibility – that would obviously mean losing one of the best players in the league, which could also trigger some roster reshuffling and potentially a complete competitive downswing. There’s obviously so many IFs baked into this, but remember it takes two competitive teams for the rivalry to ignite, so even if only the Bulls don’t take any steps forward, we’ll miss out on what should be an awesome rivalry. And that sucks.

•   Back in 2017, the Chicago Bulls sent Taj Gibson, Doug McDermott, and a 2018 second round draft pick for Cameron Payne (plus Joffrey Lauvergne, Anthony Morrow, and a whole bucket of laughs, because … hey why the heck not?). Well, since being waved by the Bulls in January 2019, Payne has been all over the place, signing with the Cavaliers on January 6 (2019), with the Raptors on July 25th (2019), with the Shanxi Loongs on November 12 (2019), and with the Texas Legends on January 25th (2020). Yesterday, he signed another deal, this time with the Phoenix Suns:

•   I just thought you might want to know that and also remember this:

•   The Athletic polled 33 NBA head and assistant coaches to get their anonymous views on the best defenders in the game, picking two guards, two forwards, and one center for their NBA All-Defensive First and Second team. That’s obviously worth your time for any number of reasons, but there is one Bulls angle I can’t avoid: a complete lack of love for Kris Dunn. Maybe he doesn’t deserve to be on the first or second team, but netting just one first-team vote and one second-team vote feels … wrong.

say what you will about Kris Dunn, and I’ve criticized him plenty because his offense sucks to high heaven, but from watching the Bulls and from almost any metric you want, he was one of the best perimeter defenders in the NBA this season. Period. pic.twitter.com/PMBVsgXR1c

•   In any case, this all reminds me: Kris Dunn’s qualifying offer got a $2.5M bump thanks to the hiatus, and given that new figure, plus the broader financial landscape, and the lack of palatable alternatives for both he and the Bulls, that could wind up keeping him in Chicago for at least another year – something that didn’t seem all that likely in the middle of the regular season:

Kris Dunn’s Qualifying Offer Just Got a $2.5M Bump, Which Could Help Keep Him in Chicago for Another Yearhttps://t.co/DYBX8ZKKMv

•   Oscillating fans, humidifiers, and solid state harddrives are among the deals of the day at Amazon today. There’s also a good deal on a pressure cooker, and let me tell you: I recently got one of those and use it ALL the time. Really great. #Ad

•   In case you missed it, Dennis Rodman hit the airwaves yesterday: