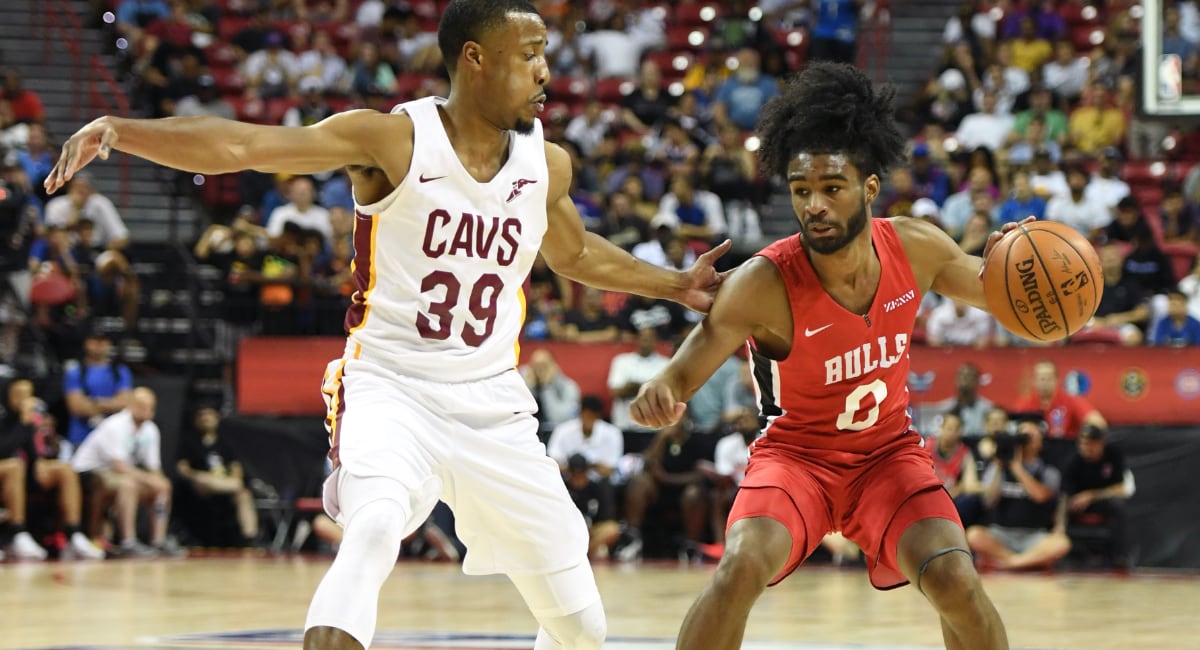 I went to Ikea yesterday and walked out with a $1.49 toilet brush and a $3.00 glass vase. Is that the smallest purchase in Ikea history? The only person that could beat me is a weirdo who goes there just for the hot dog.

•   On July 6th, 2019, we shared highlights from Coby White and Daniel Gafford’s Summer League debut. On July 6th, 2020, the NBA draft hasn’t even happened yet. As ESPN’s Jonathan Wasserman sadly pointed out this morning, it’s crazy to think that guys like Obi Toppin, LaMelo Ball, and Deni Avdija should all be ballin’ out in Las Vegas right now. Ever since the NBA shut down in March, I feel like time has stopped. I mean, think about it, can you believe we just celebrated July 4th? I know the temperature is one indicator, but do any of you really have that summer feeling? Perhaps I’m on this island alone, but considering how reliant my internal calendar is on the sports world, time has become ambiguous.

•   I’ll be interested to see how often we get this connection in Year 2. White will likely move into the starting lineup as Gafford helps man the second unit, but I certainly think there is a world where it’s advantageous to play these two together. As White (hopefully) develops into a better playmaker and passer, Gafford could be a solid go-to big. The Arkansas alum rolls strong to the basket and has already proven to be pretty darn efficient. Not to mention, he runs the floor like a freakin’ gazelle, and should easily keep up with White’s up-tempo play. I also think it’s worth noting that he has a hell of a motor. Oftentimes, that feels like a cliche thing to point out, but those kinds of players can work perfectly alongside a flashy scorer. For example, think about the Lou Williams and Montrezl Harrell combo on the Los Angele Clippers; that type pairing can offer quite the energy burst.

•   The age-old question: Would the Bulls have won eight straight? Kenny Smith doesn’t seem to think so. After Michael Jordan decided to retire, the Houston Rockets and Hakeem Olajuwon claimed two NBA championships. Smith said that even if Jordan never stepped away from the game, the Rockets’ size would have still been a major problem. While I understand that train of thought (I mean, we saw what happened against Orlando … plus Olajuwon was 13-10 against Jordan during his career), I think the case should be made that team would’ve looked a bit different if Jordan never left. The GOAT would’ve noticed a weak spot in the frontcourt, and perhaps pushed for some kind of adjustment.

ESPN aired the first basketball game without a crowd.

•   We haven’t received any major details on what the game environment will look like inside the Orlando bubble, but I hope it calls for a lot of mic’d up action. I want to hear Jimmy Butler call TJ Warren a little b*tch.

•   Just saying, can you believe all the young talent in today’s league? With guys like Williamson, Morant, White, Young, Doncic, Tatum, and Ingram all 22 or under, the NBA is in GREAT hands.