The Bubble Boys Arrive Today, 48 Hours in Limbo, Love for LaVine, the Bad Old Days, and Other Bulls Bullets Skip to content 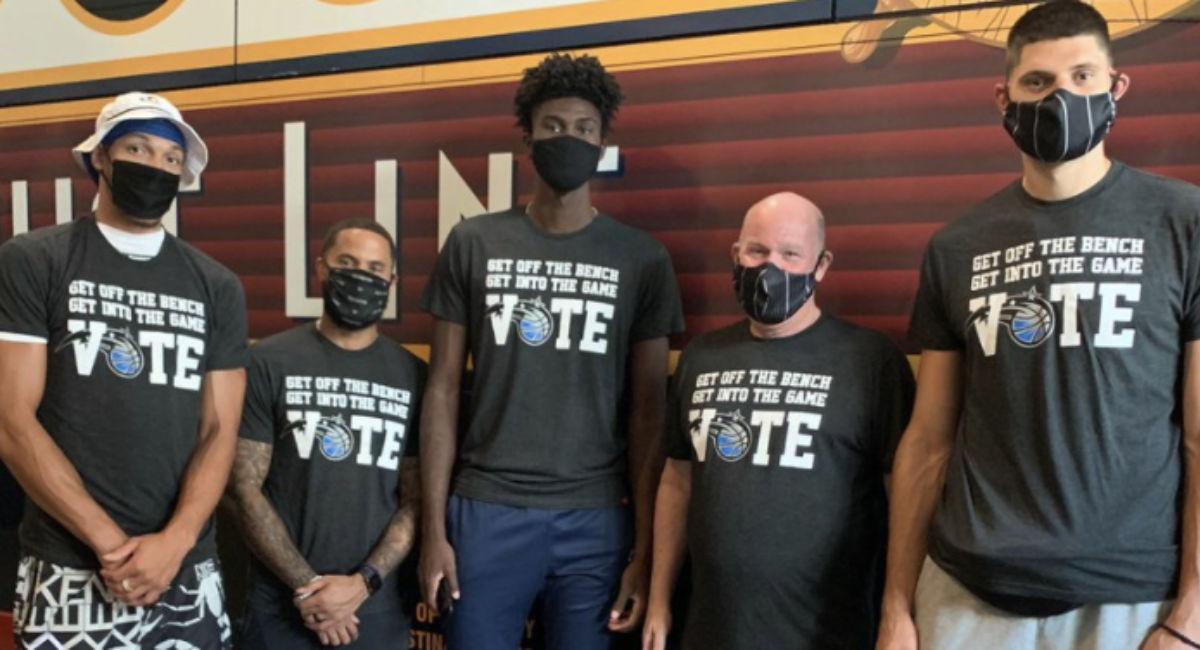 Last night I made the rookie mistake of cooking the whole box of pasta (I swear the box was smaller than usual!). At least I have lunch set for the next couple of days.

•   The bubble boys! The Orlando Magic will be the first team to arrive at Walt Disney World today, followed by (in no particular order) the Nets, Nuggets, Suns, Jazz, and Wizards. Players will be asked to quarantine in their hotel rooms for a total of 48 hours and register two negative tests before they can freely move around the campus. For more on what the environment inside the bubble looks like, I recommend you listen to the latest episode of The Hoop Collective podcast with Malika Andrews.

•   I know 48 hrs (shoutout Eddie Murphy) isn’t all that bad, but I have to imagine a handful of these guys will still feel hella antsy. I mean, they just made the hard decision to leave their family/friends for what could be several months in the middle of the pandemic to enter an unprecedented basketball bubble. To say these players are a tad anxious is probably a massive understatement. And the best way to cope with that anxiety isn’t going to be sitting in a pool of your own thoughts in a random hotel room. To be clear, I totally understand why this is a necessary part of the bubble, but I can certainly sympathize weird feeling that is bound to come over the next several days. My hope is that even in the midst of all this precaution, the NBA can do what they can to make life feels as normal as possible. We worry so much about the player’s physical health during this time, but we can’t forget about their mental health either.

•   Also, fortunately for the NBA, I’m an idea man. I recommend Commissioner Adam Silver immediately order a bunch of human-size plastic bubbles. By doing this, players can freely roll around Disney World in a safe and protected manner. They can ride the teacups and whatever other rides giant hamster-like balls can fit into. You’re welcome.

•   The Bulls hesitation to move on from Jim Boylen isn’t going unnoticed in league circles.

The League Is Looking at the Bulls Head Coaching Position as a Status Check on Karnisovas’ Autonomyhttps://t.co/cEzNifgD7W

•   I like to think I’ve been pretty level-headed about this whole Boylen thing … but this really ruffles my feathers. If the Bulls recommit to Boylen, they’ll be cashing in on all the praise and positive momentum they received this offseason. I still have faith that we’ll get a coaching search soon enough, but I want to be reassured this is a talking point within the front office. Karnisovas and Eversley have to know that the longer the keep Boylen around, the worse their first impression becomes. And while they may not care too much about their image right about now, they should at least recognize the fragility of the situation. The Bulls reputation around the league and trust between fans is broken; the actions made now can go a long way in strengthening those ties once again.

•   NBC Sports Chicago mapped out some for the key dates coming up for the Bulls, so check it out.

•   Wow, a ranking that actually seems about right.

•   I think it’s a bit crazy to have Shai Gilgeous Alexander (who I actually really love as a player) that high on the list, but I think everything else looks about right.

happy anniversary to this important moment in Chicago sports history, when the Bulls brought a big party and band to O'Hare to woo Tracy McGrady in 2000.

•   Kris Dunn might have been all-NBA defensive team caliber this season, but it’s totally fair to ask whether keeping Shaquille Harrison around instead is a worthwhile plan. Dunn’s qualifying offer has been bumped up to $7.5 million, and the Bulls could surely keep Harrison – another solid defensive hound and occasionally better offensive player – on the roster for less. Something to think about it (FWIW: I’d probably still go with Dunn on the QO).

•   Happy birthday to one of the NBA’s most elite bag grabbers.

Join us in wishing @IamFelicio of the @chicagobulls a HAPPY 28th BIRTHDAY! #NBABDAY #BullsNation pic.twitter.com/DiqGa1xmAm

•   The Wizards are now down their two leading scorers: Bradley Beal and Davis Bertans. Do they really have to show up?

OFFICIAL: Bradley Beal will not participate in the NBA restart due to a shoulder injury. https://t.co/fd0eOT0Baf