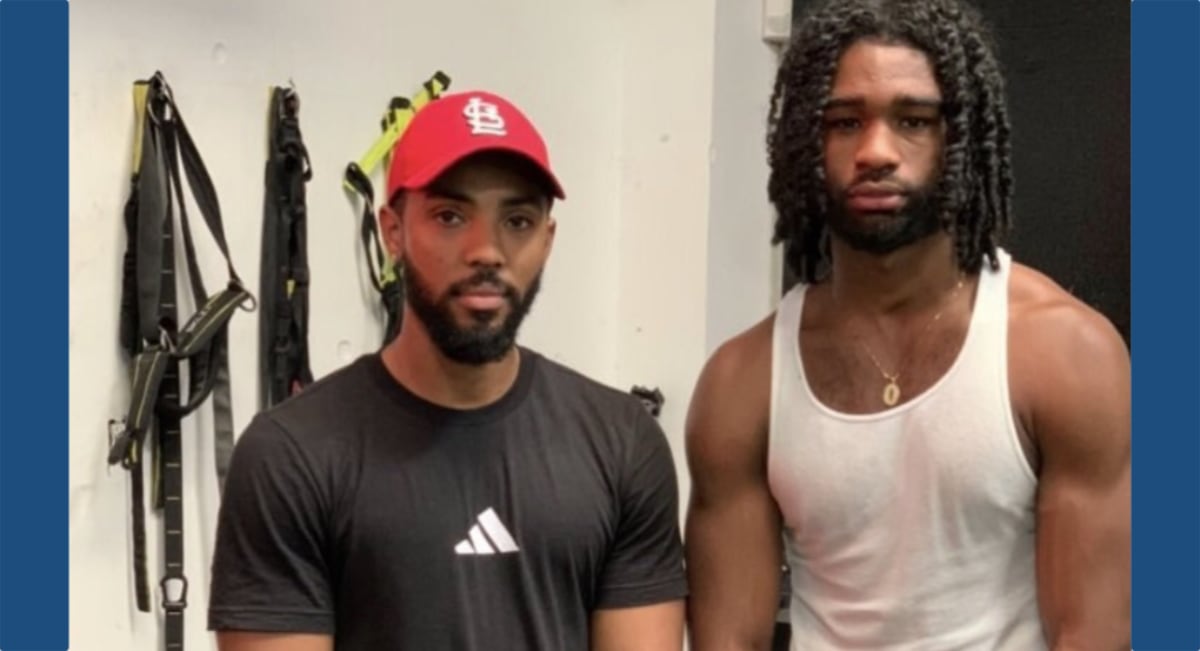 I need to buy a new desk. If anyone has some good recommendations or suggestions on what to look for, help a brother out.

•   EVERYONE STOP WHAT YOU’RE DOING AND LOOK AT COBY WHITE!

•   HOLY JACKED. Coby White already had some decent muscle definition, but this man looks like he went through training with the Avengers – specifically in the Hulk department. While I think we all expected him to add some muscle this offseason, I’d say this is already better than expected. And considering he already possesses pretty solid balance, great size for a PG (6’5″), and elite speed, this new swole body has me all kinds of excited for next season. I hoped he would work on getting to line more this offseason, and adding some serious muscle could certainly help in that department. I mean, could you imagine watching the Coby above run straight toward you? You’d be all like “is that a human or a freight train?” The Answer: Yes.

•   As White shared on Instagram, he’s worked with Jeremy Jeffers over the last several weeks, and apparently the skills trainer has him pumping iron four days a week. How much muscle has that led to White adding? Freakin’ 10 pounds!

I had the chance to talk to @_jeremyjeffers who has been training Chicago Bulls point guard Coby White for several years.

He tells me that White has been training 4 days a week and has gained about 10 pounds of muscle since the season ended.

•   Now, as awesome as all this is, we got to make sure White isn’t about to get too beefed up. For someone who relies so heavily on his speed and craftiness, too much muscle weight can actually turn out to be a bad thing. The Bulls need to make sure he can fly down the court all the same and that his shot is still intact. To be clear, I’m not necessarily worried about anything right now, but it’s always important to make sure a player is conditioning in the best way possible. (in other words, in a way that continues to build on their strengths).

•   White also dominated this pole I ran yesterday, which didn’t come as a surprise.

Who has the best shot at making an All-Star Game?

•   To be honest, I’m not sure I agree with these results right now, but I understand why they happened. White had an incredibly hot end of the season, and we’re all riding high on the 20-year-old’s potential (especially with that new pic). However, I encourage all of us to keep in mind how many great guards there are in today’s league. To crack an All-Star roster one day, I still have to see White take a huge step toward becoming a more all-rounded player. He’ll need to improve as a playmaker and bleed winning basketball.

•   I’m not saying it’s entirely wrong to have White as the most likely out of these three – especially with Carter Jr.’s recent injury luck and Markkanen’s setback – but I do think the results should be a little more balanced. Carter Jr. proved to be very consistent while healthy this season, and we also can’t deny Markkanen’s natural skill set has All-Star potential written all over it (some just still hasn’t been able to tap into it). Anyway, who really knows if any of these three will earn the accolade in their career. Zach LaVine is still the closet thing the Bulls currently got.

•   If HoopHype is sharing this again, so shall I.

Jud Buechler Q&A: 'Dennis Rodman is one of the best teammates ever' https://t.co/FLxsiqEeNz pic.twitter.com/vfyWfiaOo3

•   Bringing you the best logo AND jersey since 1966. I don’t care how much they stink, no NBA franchise will ever be as cool as the Bulls.

Saw someone talking about cool team logos. The Bulls logo is one of the best ever (imo the best ever), and it's never changed since the team's inception in 1966.

As the saying goes, if it ain't broke don't fix it! #Bullsnation pic.twitter.com/xv8laoTkCG