The Satoransky Letdown/Potential Future Role, a Look Inside the Bubble, and Other Bulls Bullets Skip to content 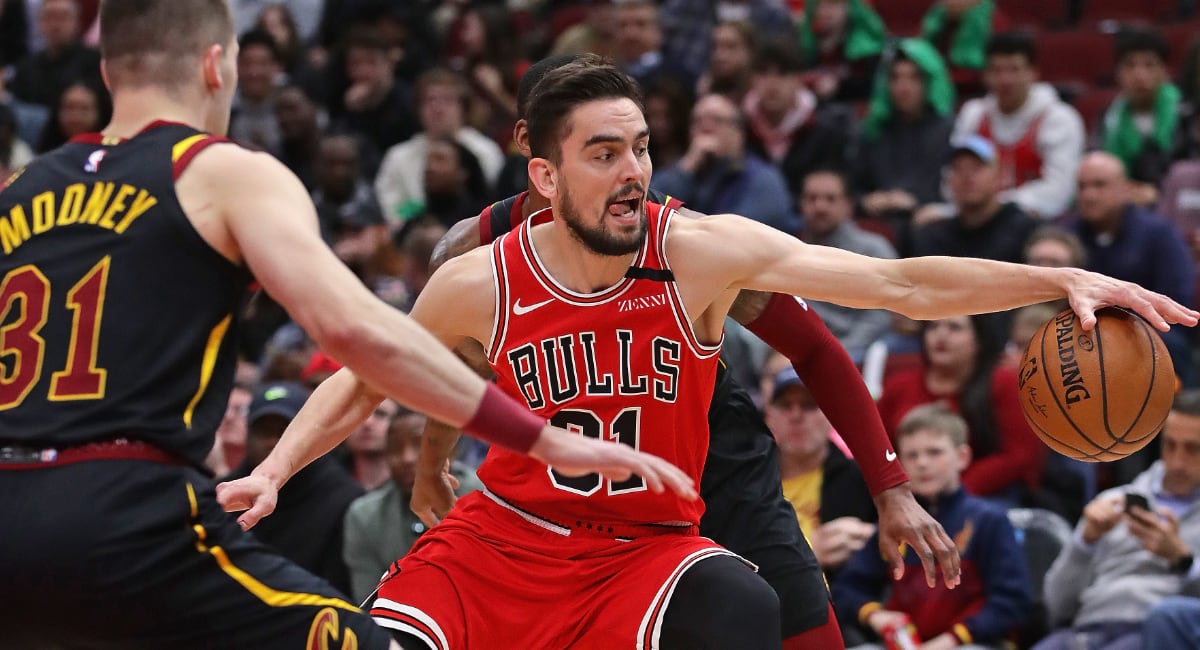 Should I have an omelet or parfait for breakfast? I don’t really know why I’m asking you … I’ll have made a decision by the time you read this. Oh, I know … guess what I had for breakfast: An omelet or a parfait?

•   I admit it – I was too high on Tomas Satoransky. When the Bulls signed the 28-year-old point guard last offseason, I overestimated his immediate contributions. The Bulls had a clear need for a pass-first guard to pair with LaVine, and I just didn’t see any reason why Sato couldn’t fill that vacancy. After all, he’s a very solid passer who takes pretty good care of the basketball (4th in AST/TO ratio among starting guards who appeared in 50+ games this season). But the Czech native struggled to get into any kind of groove this season, and while he averaged a career-high 5.4 assists per game, he didn’t do enough to prove he could be the pass-happy facilitator this team longs for (or so we think). Additionally, he had his worst shooting season since his rookie year, going 43.0 percent from the field and 32.2 percent from downtown (for reference, he shot 39.5 and 46.5 in the previous two seasons, respectively). The guy flashed his expertise at times, but it ultimately wasn’t enough to justify a continued stint at the starting point guard position.

•   Now, with that said, I refuse to get off the bandwagon. Once a Sato fan, always a Sato fan (also, I’m stubborn). He was – like any player to touch the court this season – a victim of circumstance. He was asked to lead a team that lacked any real offensive identity. Sure, he could’ve helped create one, but Boylen’s strict five-out offense fit the Bulls personnel worse than a hand in a Pringles can. I think Sato’s services can still prove useful in the coming season – just as an off the bench, versatile talent. Not only do the Bulls need to give Coby White a shot at running the offense, but it’s time to see if Satoransky can return to his old self under less pressure. I’d love to see him anchor the second unit alongside a guy like Daniel Gafford. The two could run the pick-and-roll and, hopefully, offer a far more consistent bench output for this Bulls team. Also, having Sato on the bench to check-in at either the 1, 2, or 3 isn’t a bad problem to have. With his six-foot-seven frame, he can still help the Bulls in a number of areas, and I’m crossing my fingers that we seem him do exactly that next season.

•   LaVine wins this easily. I mean, Devin Booker freakin’ complained about getting double-teamed during a scrimmage and Joakim Noah had to put him in his place. LaVine would play right through that double-team.

•   Does anyone else find themselves with an aggressive hankering for Orlando bubble content? I’m not talking about the actual basketball; I’m talking about pictures of food, amenities, and hotel rooms. Everything about what the NBA is trying to do right now is utterly fascinating, and it’s likely a sports environment we’ll never see happen again (you better knock on wood for me right this second). The 76ers Matisse Thybulle has started a vlog to give us an inside look at the bubble, and if you’re curious to see what daily life looks like for these NBA players, I recommend you start watching.

•   ESPN’s Malika Andrews has also been providing us with some great #bubblecontent. She continues to share the media side of things from Orlando, most recently in a great interview on the Lowe Post podcast. One thing I found interesting: There is an app where players can order takeout from local approved restaurants. Uh, how complicated is this process? Does the delivery man/woman have to go through a Get Smart’s worth of doors and rooms just to reach a man in a hazmat suit who will then disinfect each layer of the burger before dropping it outside a player’s room? Also, could this be a way to sneak in a loved one? Could Donovan Mitchell just ask his mom to throw on a cartoonishly bad mustache and use a stereotypically awful Italian accent to deliver a pizza? I have questions that need answers.

•   Once again I’ll say, there is a world where I understand why a decision hasn’t been made yet … but can we at least get some kind of update? I WANT REAL BULLS NEWS.

Me thinkin about how it’s July 13th and we still haven’t gotten any real updates on the Bulls coaching situation: pic.twitter.com/gA6xmmR3Jr

•   I watched this last night because I was bored, so you should too.

Oladipo has been fully participating in five-on-five scrimmages in Orlando, and there’s now optimism around his playing status, sources say. https://t.co/bJ8OLRjmIA

•   Does anyone else just stand like this sometimes while they’re in line to check out at Target?