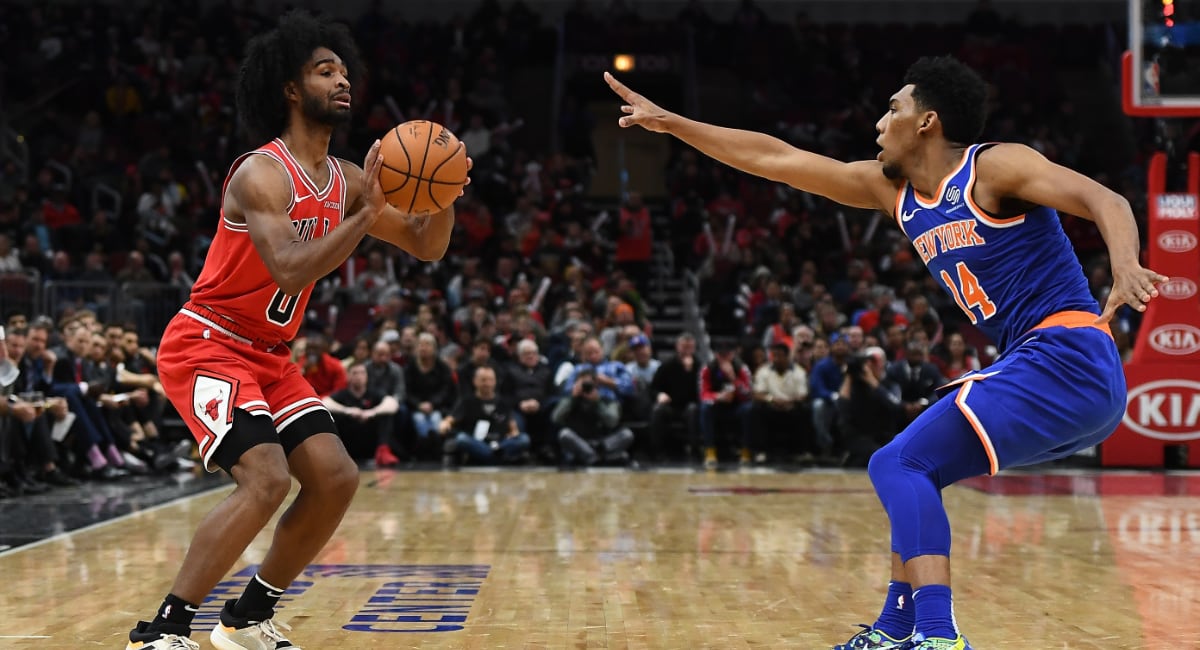 Good or bad, the 2019-20 season had plenty of memorable moments.

Let’s talk about them …

10. No One at The United Center

About a week into the season, practically all Bulls fans knew this team didn’t come as advertised. Despite another year under the belt for this young core – plus the addition of several decent free agents – the Bulls looked incredibly underprepared. Fed up with the poor play and constant overselling by the front office, fans finally decided to stop showing up. It’s about damn time.

The Bulls average nightly attendance dropped to 11th in the NBA, and capacity checked in at only 89.9 percent, which was the 7th-worst in the league. On some nights, the team saw the worst attendance totals in 16 years, and you can bet your bottom dollar this caught Jerry Reinsdorf’s attention.

I sat in the stand for the Bulls blowout victory (#rare) over the Atlanta Hawks on December 11th, and I remember it felt the same as the time I covered an Illinois-New Mexico State matchup at the arena a couple of years ago (that’s not a good thing). If we’re being honest though, I was happy to see that depressing atmosphere for myself. As I sat there, all I could think was “wow, we might really see some change.” And here we are.

The UC crowd at tip-off. pic.twitter.com/y83yRQ3MI8

I’m, like, 85 percent sure the bottom half of the Eastern Conference forgot how to play basketball.

The fact that the Brooklyn Nets and Orlando Magic can sit in the 7th and 8th seed, respectively, with only 30 wins is pretty darn telling. I mean, for a bulk of this season, the Bulls were very much in the running for one of those playoff spots, and we all know that shouldn’t have been the case. Although, the real reason I’ll likely never forget how bad the East was this season is because of the 2020 NBA Draft. Somehow, someway, this Bulls team wasn’t bad enough to grab top-5 lottery odds. Nope, instead, they found themselves once again slated in the 7th spot.

Only this team could find a way to be bad at losing.

Kris Dunn was lost, but now he’s found. The former No. 5-overall pick struggled to find his footing throughout his first three seasons in the NBA. Sure, part of that was the fact that he got stuck on the T-Wolves and Bulls, but the other part was that he just wasn’t built to lead a successful NBA offense. Why? Because his true value comes on the other end of the court.

With Tomas Satoransky as the team’s new facilitator and Coby White as the team’s shiny new toy, Dunn found his niche. He invested all his effort into becoming a defensive juggernaut, quickly becoming the go-to guy to guard the opposing team’s best player. He finished the season 4th in steals and 12th in defensive real plus-minus (both would’ve arguably been higher if he didn’t get hurt, especially the DRPM, which was second in the NBA on Feb. 27th behind only LeBron James). Overall, he joined guys like Patrick Beverley and Marcus Smart on the list of elite defensive role-playing guards. The question now will be whether or not he can be paid like those two guys (his weak offensive game and current cap situation probably says no).

In a year where many of us thought Lauri Markkanen could put up All-Star caliber numbers, he did the exact opposite. Whether next season is more of the same or a big step in the right direction, we’ll likely remember Year 3 as a pivotal point in Markkanen’s career. How a player responds to a down year is always important, and while he may only be 22-years-old, next season feels like a make or break season for The Finnisher.

6. Jim Boylen And The Curious Case of The Late Timeouts

Boylen was already the Windy City punching bag, so he said “screw it” and decided to call a bunch of late-game timeouts.

The Bulls head coach became known around the league for his end-of-game antics, which was something that noticeably frustrated, well, everyone.

Jim Boylen’s Late-Game Timeouts Sure Seem to be Rubbing the Players the Wrong Wayhttps://t.co/kgza5V5hwL

Also, just to piss you off, I went ahead and found at least some of the instances where he called these timeouts over the last two months of the season:

5. The Chicago Bulls And The No Good, Very Bad All-Star Weekend

“FIRE GARPAX” chants have broken out on national television. pic.twitter.com/PqkIP41ogZ

For years to come, this weekend might be my lasting memory of the GarPax era. Despite hosting, the Bulls had exactly zero players good enough to crack the All-Star Game roster. Sure, Zach LaVine participated in the 3-point contest and Wendell Carter Jr. sat on the bench during the Rising Stars game, but the Bulls overall representation was truly depressing.

Considering this city once ruled the basketball universe, 2019 All-Star Weekend will serve as a reminder of how far a franchise can fall. The Bulls were put under a national spotlight, and I’ll forever be grateful it led to change … and enraged that it didn’t turn out better.

In many ways, this one is connected to No. 5. The off-the-court storylines ruled most of this season, as rumors swirled about Gar Forman’s firing and a front office overhaul. Whether we want to admit it or not, this kept many of us far more invested than we should have been. And, even though this season aggressively stunk, we’ll always remember it for being the straw that broke the camel’s back.

He finished the game with 27 points, 23 of which came in the final frame.

I know White still has a long way to go, but I feel like we’ll always remember this as the game where he truly introduced himself to the city. As he continued to hit big shot after big shot, he celebrated in a shower of cheers. We saw an electrifying, excitable young kid who could take over a game in the blink of an eye. Not to mention, this is arguably the most exciting moment in the United Center in the last three years.

So even if he doesn’t turn out to be the star many of us think he can be, this will always be a star moment.

When February rolled around, White wasn’t messing around. Over his final 11 games of the season, White averaged 23.7 points per game (FG 45.6%, 3PT 38.9%)  with 4.5 assists and 3.9 rebounds. He became the only rookie to ever score 30 points in 3-straight games off the bench, and only the second rookie in franchise history to have back-to-back 30-point outings since Michael Jordan. Uh, those all sound like very good things to me!

The problem is, this White stretch will either be remembered in one of two ways – (1) as his breakout campaign or (2) as a fluke. In general, over the next couple of seasons, it’ll be hard not to compare White to these 11 games, and I hope they prove to be more of a blessing than a curse.

Part of Zach LaVine’s basketball legacy will always be the time he gave his head coach a metaphorical middle finger.

Boylen told reporters that he benched LaVine during a game against the Miami Heat because of “three egregious defensive mistakes.” LaVine took a page out of the Michael Jordan handbook and took those words personally.

The next game against the Charlotte Hornets, LaVine dropped 49 points as he single-handedly stole the game on the road. He became only the third player in NBA history to hit 13 3-pointers in a single game, seven of which came in the 4th quarter.

I have no doubt you remember all of the awesomeness, but for fun, here are the highlights:

Not only did it make for one of the more impressive performances from a Bulls player in quite some time, but it might be on the list of “all-time savage games,” considering the circumstances.