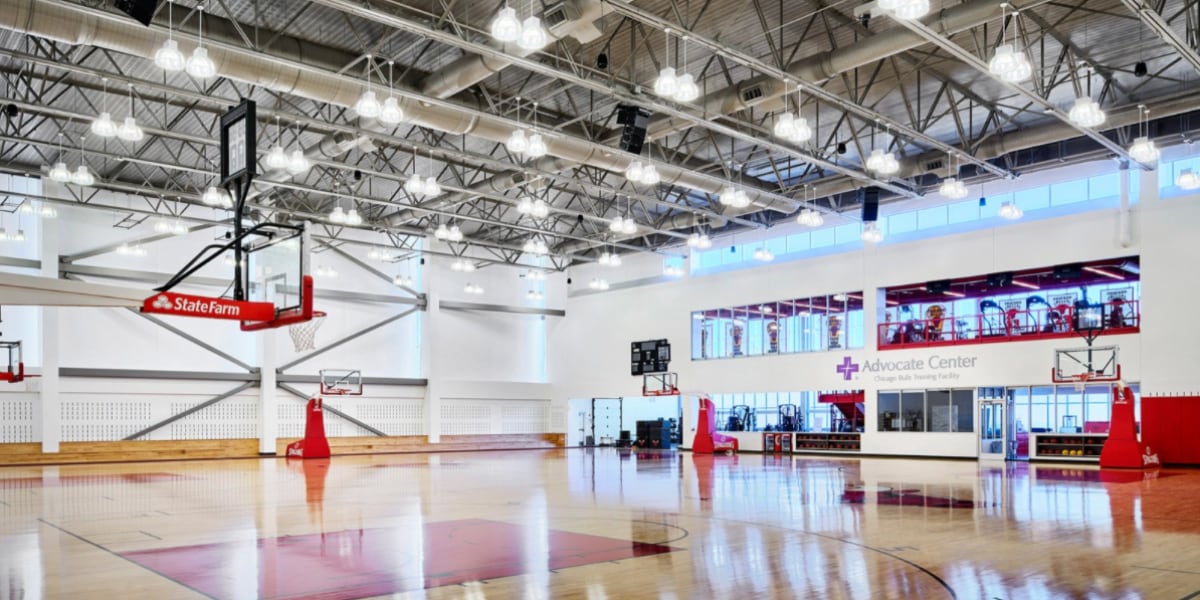 Today – for the first time since March 11th – NBA games were played.

The official restart of the season will not take place until July 30th, when the Utah Jazz tip-off against the New Orleans Pelicans at 5:30 p.m. CT, but the league began scrimmage play this afternoon to help it’s 22-teams in Orlando get back in the groove.

As for the remaining eight teams who weren’t invited to the bubble, well, some of them are probably sitting on their couch watching the action like the rest of us. Others might be getting up shots of their own at their respective facilities.

In fact, according to NBC Sports Chicago, numerous Bulls players have been at the Advocate Center recently for voluntary workouts.

Zach LaVine came to Chicago two weeks ago for some workouts. Since then, building blocks like Markkanen, Wendell Carter Jr. and Coby White have been coming in regularly. So have Chandler Hutchison, Shaq Harrison, Ryan Arcidiacono and Luke Kornet. Otto Porter Jr. has been in town, and the new regime has been in contact with Tomáš Satoranský, who plans to practice with the Czech Republic national team according to reports from his native country.

Wow, that’s a good a chunk of the roster right there. If you remember correctly, the entire team was pretty good about participating in voluntary workouts last season. Although, clearly, that didn’t have a very large impact on the success of the 2019-20 campaign. Hopefully, a new front office can make sure this additional time is put to better, more effective use.

I’m a bit surprised to hear LaVine felt compelled to leave the comfort of his Washington home to come practice in Chicago for a little while. However, I’m sure he wanted to meet Arturas Karnisovas and Marc Eversley face-to-face. After all, it’s rumored the new front office has been adamant about getting his feedback on the inner-workings.

As for Coby White, Lauri Markkanen, and Wendell Carter Jr., I’m rather encouraged to hear they’ve been working out regularly. As the key members of the Bulls young core, any added grinding is welcomed, especially for Markkanen. After he was hired, Eversley said he would “love” to look into Markkanen’s regression, so perhaps the team is already hard at work on fixing The Finnisher (please and thank you). In the meantime, White and Carter Jr. both showed promising steps in the right direction this season, something that hopefully can prove uninterrupted by the sudden stoppage with the right offseason regimen. I mean, Coby White already looks like he’s making some nice progress.

If the team wants to establish a new culture, Karnisovas and Eversley need to have as many players around as possible. The best way to prove to the guy that times have changed is to show them in person – and while the fact that Boylen has yet to be fired is probably working against them – I’m sure it’s still productive to have this team together. The new front office can better assess where any disconnects lie and hopefully better gauge the chemistry between teammates – as well as between players and the coaching staff.

Additionally, this gives the front office a much closer look at the team’s actual talent. If guys like White, Markkanen, and Carter Jr. are all frequent visitors of the United Center, Karnisovas and Eversley can start to evaluate where they’re at and thus where this roster should be. The more they get a glimpse at the current roster, the more prepared they’ll be for free agency, the draft, and potentially (HOPEFULLY) a coaching search.