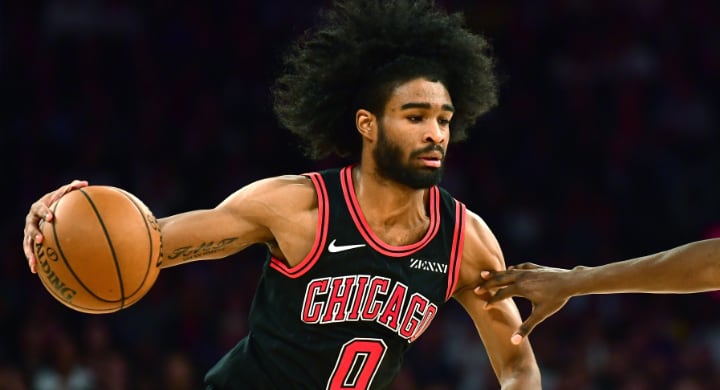 As sports come back into our lives, I’m beginning to feel a lot busier. Perhaps it’s because my job literally revolves around it, but I think I can also attribute that feeling to the fact that I have something to look forward to each day.

Whether it be the Cubs’ first game tonight or a scrimmage game in the Orlando bubble, it’s just nice to have something else to throw on the calendar. The funny part is, we’re still just sitting on the couch like we have been the past several months, but it really does feel like we’re doing so much more when a game is on.

•   Felt like a good day to remind people of this fun fact:

Hi. Just here to remind you that Coby White had a better rookie season than the 3rd, 4th, 5th, and 6th draft picks. Bye. pic.twitter.com/A7gJ5H9tV9

•   White’s season may have been up-and-down, but he easily proved to be one of the most exciting young players in the 2019 Draft Class. All in similarly crappy situations, RJ Barrett, De’Andre Hunter, Darius Garland, and Jarrett Culver – the 3rd-6th picks in the draft, respectively – failed to steal the limelight quite like White did. And what’s kind of ridiculous to think about is that each of those players appeared in at least 35 starting lineups in Year 1 compared to White’s … one. The Bulls rookie forced his way into a bigger role and showed up in a big way numerous times during the 4th quarter. Among the rookie class, he finished 4th in assists, 3rd in points, and 1st in 3-pointers – despite playing the 7th-most minutes.

•   NBA.com’s latest Rookie Ladder put White as the 4th-best rookie behind Ja Morant, Kendrick Nunn, and Zion Willaimson, respectively. Uh, that sounds great to me. And while I know Nunn is considered a rookie, I think it’s noteworthy that he wasn’t truly a part of the 2019 draft class. The Miami Heat guard had been marinating in the Warriors organization with their G-League affiliate after going undrafted in 2018. I don’t know about you, but I’m sure his time there played a vital role in his NBA development. All I’m saying is, I’m a bit hesitant to call him a full-blown rookie, and for that reason, White is technically 3rd in my mind. Anyway, in other news, The Athletic’s Sam Amick put White on his All-Rookie Second Team. Just saying, if White doesn’t end up on an All-Rookie Team when awards are announced … I’m calling conspiracy.

•   For what it’s worth, I don’t see Zach LaVine going anywhere anytime soon. The guy is still under contract through the 2022 season, and he’s turned into this franchise’s face over the past couple of seasons. With that said, if the phone rings, Arturas Karnisovas and Marc Eversley must listen. No one on this roster is untouchable, and both the Nets and the Knicks have some intriguing assets to throw into a possible trade package. Also, if the Bulls front office isn’t the one picking up the phone, who’s to say LaVine will not eventually try to force their hand. If Jim Boylen returns as head coach and the organization doesn’t begin to head in the right direction this season, I don’t think any of us would be surprised to see LaVine’s camp push for a trade, especially if contenders are interested. Again, I don’t think any of this is going to happen right now, but you can never say never in the NBA.

•   Also, if teams around the league are keeping an eye on LaVine’s situation, who’s to say they aren’t doing the same of others? With a front office change and the future up in the air, teams could be lurking a little extra right now.

•   I swear, if the Bulls keep Jim Boylen and money is used as an excuse, I’ll flip every single table in sight.

Even if the Bulls fire Boylen and hire a first-time head coach at $2.5 million per year – the expected new salary for such candidates – that's $4.1 million in head coaching salary the next two years. Popovich makes $11 million per, Doc gets $10 million per. Stop crying.

•   After I saw the NBA put footage of fans on the board during the Miami Heat game, I hoped they would try something like this. Got to give the league props, the viewing experience has been pretty solid thus far, and I expect it’ll only get better as the real games start.

The NBA will have fans appear virtually on video boards surrounding the court live during games. The home team will choose 300 fans per game. Player families can be on it too. I saw it demoed today and it's honestly really cool. Super innovative. It'll begin during seeding games. pic.twitter.com/cyiBaYG54e