Status of the Second Bubble? Action at the Advocate Center, Thibs New Gig, and Other Bulls Bullets Skip to content 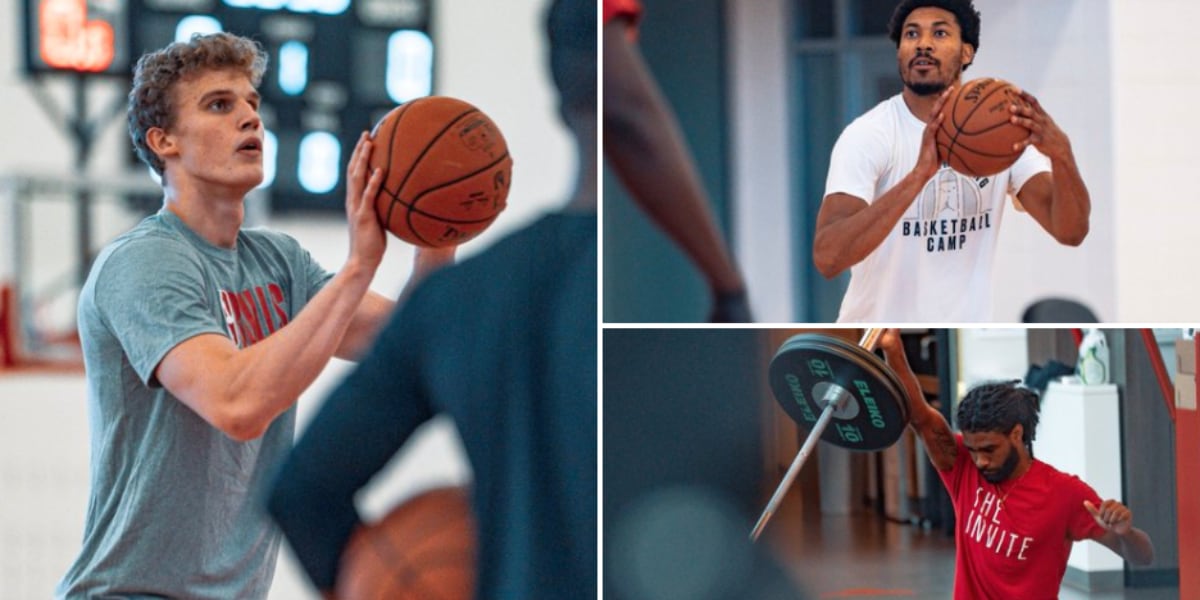 •   The idea of a second bubble is hanging on by a thread. According to Rick Bonnell of the Charlotte Observer, the NBA continues to work toward establishing a set of plans that would allow the Delete Eight to formally practice and participate in group workouts sometime next month. The idea currently on the table would reportedly allow for one week of team workouts in each team’s home facility at the beginning of August before two weeks of group workouts hosted by two teams. Bonnell said the two cities that would host teams have yet to be decided, but we know Chicago has been highly considered already.

•   As we’ve discussed before, the actual motive behind organizing any group workouts or scrimmages is a bit hollow. Who thinks each team will have their full rosters on board? I wouldn’t be at all surprised if bigger names on Delete Eight teams (i.e Steph Curry, Klay Thompson, Draymond Green, Trae Young, Karl-Anthony Towns, D’Angelo Russell, Zach LaVine, and Collin Sexton) decided to sit out. After all, why risk injury in some absolutely meaningless games? Additionally, free-agents-to-be and players eligible for contract extensions will surely be hesitant to participate.

•   I can get fully on board for some in-house group activities. Up until this point, players haven’t been able to practice against each other in a traditional setting. According to K.C. Johnson, there is “optimism” around formal group activities starting in August or September. To this point, the Bulls haven’t had a major issue with getting their player in the door. A roster that’s always been good about voluntary workouts, the team shared photos on Instagram yesterday of Coby White, Wendell Carter Jr. Lauri Markkanen, Otto Porter, Shaq Harrison, Ryan Arcidiacono, and Luke Kornet all in the Advocate Center.

Bulls had upwards of 8 players in this week. While it no longer likely will be a second bubble, there’s considerable optimism for NBA and NBPA to agree to allow formal group activities in Aug. or Sept. https://t.co/1mrCHUrPRM

•   Chances are these workouts are going to take place with Jim Boylen at the helm, by the way. As we discussed in Saturday’s bullets, Johnson believes the status quo will continue until at least September. In other words, we’ll all for sure be mad as hell for another month or so.

•   Thibs has got himself a new gig! Whether you like him or not after his stint in Chicago (I do), we should all agree he deserves a legitimate head coaching job in the NBA. No, he isn’t perfect, but to say he isn’t a proven winner is just a flat-out wrong. With that said, he’ll need to tweak his style to find true success in today’s NBA – especially with a young Knicks team. I think he’s aware of that, but we’ll truly find out at the start of 2020-21 season. Anyway, here is a solid thread on the comeback kid:

A few thoughts on Tom Thibodeau…

* He's been a far more effective offensive coach than many would suspect:

* The Bulls offensive rating under Thibs was consistently in the top-10, including fifth overall his second season…

The Bulls are going to get Kenny Atkinson now arent they.

•   Kenny Atkinson isn’t my No. 1 choice for a new Bulls head coach, but I’d welcome him with open arms. His win-loss column may not be the sexiest, but he’s proven that he can help develop young talent. If Arturas Karnisovas and Marc Eversley still see the majority of this roster as the future, Atkinson wouldn’t be a bad hire.

•   I love Joakim Noah so much it hurts (don’t tell my girlfriend).

Clippers’ Lou Williams will have 10-day quarantine on Orlando campus after picking up food at Magic City on excused absence — sidelining him through first two seeding games — NBA says.