Drama? What Drama? Scottie Pippen Says His Relationship with Michael Jordan is as "Great as Ever" Skip to content 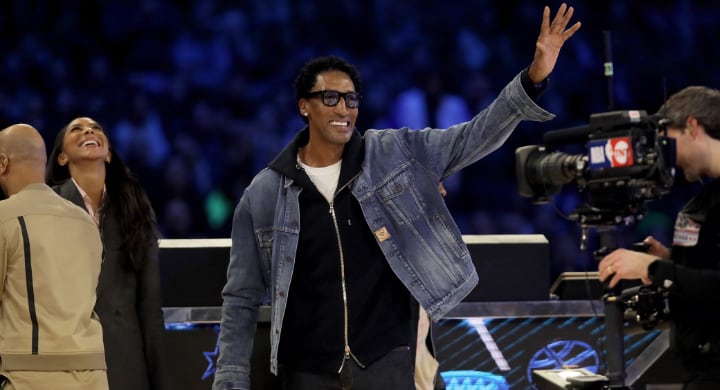 “My relationship with Micheal is great,” Pippen told Marc Carmen on the Windy City Podcast. “It’s great as ever. There is nothing changed. This documentary has not changed our relationship. We will be friends forever.”

(I know reading that makes him seem like a robot programmed to say those words … but I swear he said it).

Ever since The Last Dance wrapped up in May, rumors have swirled about Scottie Pippen’s reportedly furious response to his overall characterization. Reportedly, the Bulls legend walked away from the 10-part docuseries feeling betrayed. ESPN 1000’s David Kaplan said Pippen was “beyond livid” with his portrayal, and that he basically regretted participating altogether. Meanwhile, ESPN’s Jackie MacMullen reported that Pippen was “wounded and disappointed,” and Bulls.com’s Sam Smith shared similar words in an interview with The New Yorker less than a week ago.

I mean, it’s entirely possible Pippen (1) has never felt bad about any of this, (2) has gotten over any hard feelings he had toward Jordan in recent days, (3) is straight-up lying and is still pissed as heck, or (4) just wants to put any public beef behind him … but I always found his reported frustration a bit confusing. After all, Jordan called Pippen the best teammate he ever had during the documentary, and also said “whenever they speak Michael Jordan, they should speak Scottie Pippen.” Yeah, that’s some high (and accurate!) praise.

In a separate interview with the Associated Press, Pippen also downplayed any anger toward his former teammate, asking “Why would I be offended by anything that happened 30 years ago?” Additionally, he said he “wasn’t upset about it” and “it didn’t bother me at all.”

Go ahead and believe whatever you want. The guy still hasn’t gone into a lot of detail about The Last Dance, so that surely leaves room for skepticism. But, at the end of the day, winning six rings together has to create a pretty unbreakable bond. I’m sure everything is fine.