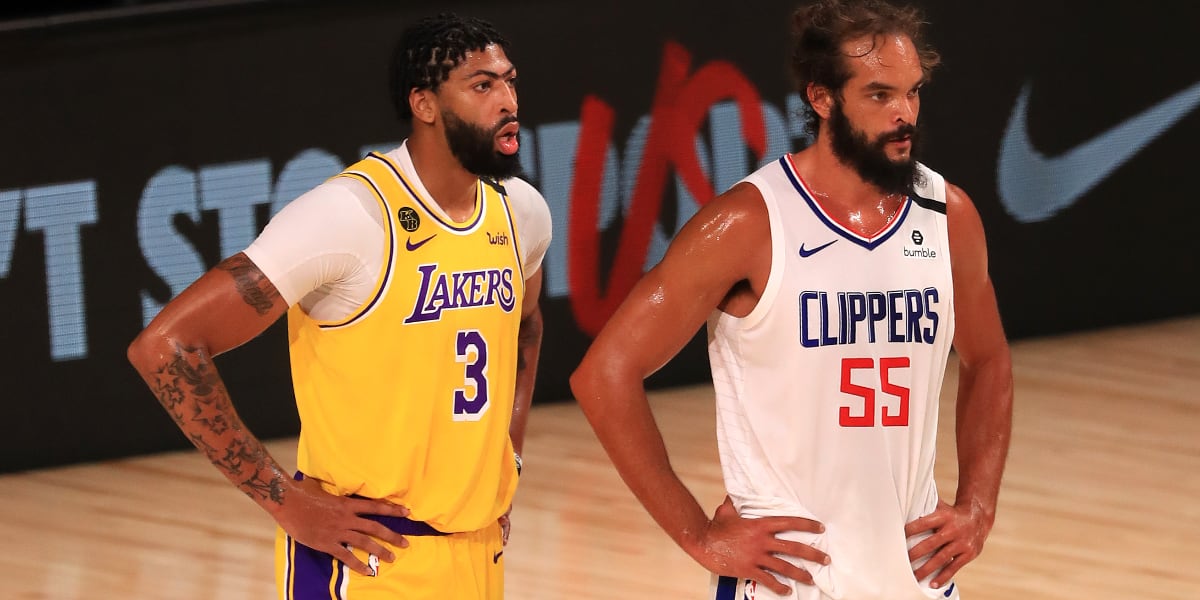 Also good news: I got some really solid sleep last night. Like, 10/10 sleep.

•   I don’t have a child – nor am I anywhere near a point in my life where I will have one – but I’m just going to assume watching the Jazz-Pelicans game tip-off last night generated the same feeling a parent gets when their kid takes their first steps. No? Definitely not the same thing? Agree to disagree. The NBA bubble has grown before our very eyes, and while we’ve seen signs of success over the last couple of weeks with zero positive tests and solid exhibition play, last night’s opener served as the bubble’s biggest milestone yet. I was all smiles from the start of Jazz-Pels to the end of Clips-Lakers, and I just wanted to pick up a human embodiment of the NBA, blow on his stomach, and tell him that I was so proud of him in my finest annoying baby voice (I decided to go with “human embodiment” instead of Adam Silver because that imagery was too weird. Wait, but now I told you that, so the imagery is still there. Sorry.). Editor’s Note: What is happening in these bullets today?!

•   To really exhaust this metaphor, the start of competitive play doesn’t mean the NBA’s parenting duties are over. In fact, they have to take it to a whole new level now that the league is off and running. Adam Silver must pad the corners, lock the gates, and make sure nothing screws up the progress being made. As the bubble goes on, players are supposed to slowly receive more liberties, which includes permission to invite guests following the first round of the playoffs. So while the bubble may arguably be the safest place in the country right now, it’s the NBA’s job to keep it that way. Now is not the time to be the cool mom.

•   The NBA couldn’t have asked for two better games to tip-off the new season. Sure, there was some sloppy play here and there (especially in the Clippers-Lakers game), but both teams were (1) fired up to play and (2) ready to win.

•   Meanwhile, the MLB is a hotter mess than Peter Bretter at the beginning of Forgetting Sarah Marshall.

•   Arguably the best part about last night’s action: JOAKIM NOAH MADE HIS OFFICIAL NBA RETURN! While he didn’t clock as many minutes as he did during exhibition play, he still found a way to be pretty darn effective.

-Stats: 10 min | 1 point | 4 rebounds | 1 assist | 1 block
-Still a huge pest on the glass because of high effort
-His screening created a lot of nice openings for teammates

Good to see him back. pic.twitter.com/RaLjg1gScb

•   I must admit, I continue to be impressed with how well he moves. He isn’t the same Jo who stole the ball from Paul Pierce and sprinted down the court, but he can still hold his own. Other than some spacing mishaps at times last night, which is probably more indicative of the natural lack of chemistry, Noah filled his role perfectly. Also, this guy isn’t about to allow any easy buckets. He’s still a former defensive player of the year, and he’s not afraid to D-up anyone. I can’t wait to keep watching.

You can't go to a buffet anymore, but in my column, I wrote about Thibs, ESPN 1000 and The Score making their hosts do Twitch and the Cubs bullpen. A smorgasbord! https://t.co/bZvTo2JCAD

•   Here’s something Greenberg wrote that I want to quickly comment on: “The Bulls front office was always peeved that he [Thibodeau] got the lion’s share of credit for the team’s resiliency and success. They thought he hoarded it, cultivated it. Maybe he did. But not with me.” What is with this? Why has this been a thing since the Krause days? A front office turns sour when they want credit. The players and the coaches are ultimately the folks who win the games, and they will forever be the ones who receive the bulk of the congratulations. Accept it and leave your ego at the door.

•   A truly special moment. I’m eager to see how the NBA continues to make a statement.

The second the national anthem started, everyone took a knee.

•   I still have no idea what this is, but it’s happening today.

•   Felicio content is as rare as a good Jim Boylen quote.

Know you needed a Felicio breakdown to start your weekend https://t.co/snYpCbHGOY