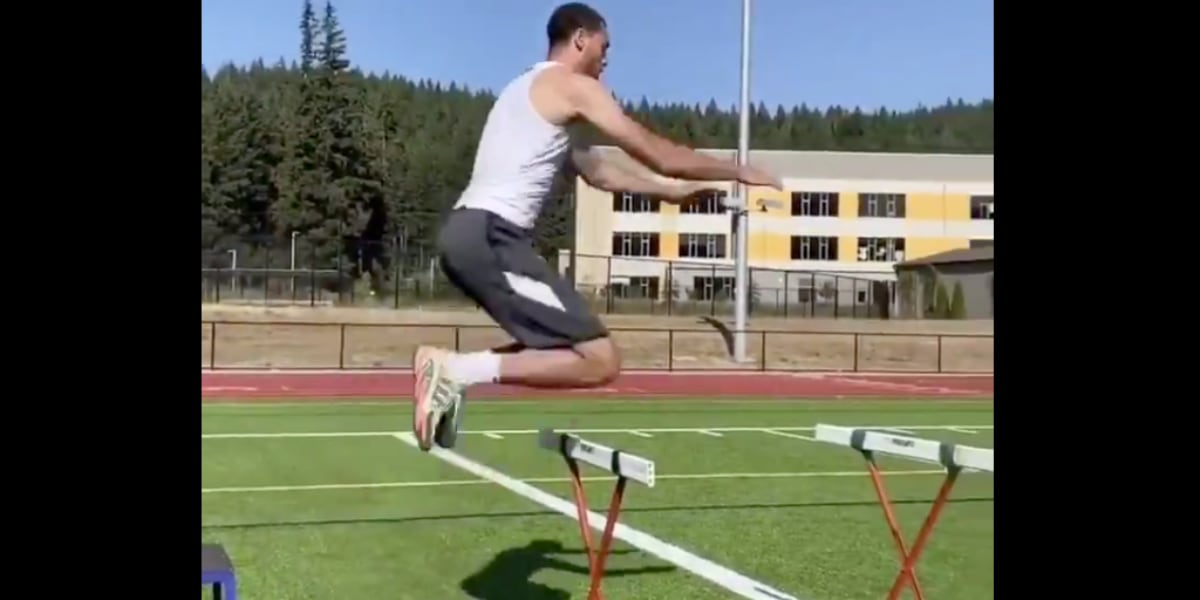 Yesterday, the significant other and I sat there with our feet up on the ottoman as we watched the Cubs game. And whenever my foot sits next to her’s, I feel like a mega-giant human being. You need a beanstalk to reach me! Although, that feeling is usually proceeded by a humbling thought about the size of NBA players. For reference, I stand at roughly six-foot-three with a size 12 shoe, but compared to a lot of players in the league, that’s nothing. Not to mention, I’m not walking around with a ton of meat on my bones. Part of me wishes I could be the size of, say, Daniel Gafford for a day or two – six-foot-ten and 234lbs. I have to imagine I’d feel like a superhero.

I probably shouldn’t speak too soon, though. The chances of more cons than pros at that height is rather high. Let’s flesh some out. Cons: Buying clothes that fit well, sitting comfortably in a car, having enough legroom on an airplane, bending down super far to pet a cute puppy on the sidewalk, always having to be the person to grab things on the top shelf, laying in anything other than a king bed, staring at the top of people’s heads all the time and awkwardly catching their bald spots, and constantly dealing with the classic “how’s the weather up there?” Pros: putting things out of reach of others, always being able to see the stage at a concert, riding any ride ever, having an excuse to sit in more spacious areas, and – of course – potentially getting a better shot at the NBA and then making a ton of money.

•   Something to be happy about:

A reminder: Even though the Wizards now have a worse winning percentage than the Hornets and could conceivably dip below the Bulls too if they lose out, they cannot pass Charlotte or Chicago in lottery odds. They are locked into the 9th-best odds at the first pick.

•   While not playing in the bubble is a constant reminder of how to trash the Bulls were, at least we know their draft odds will remain in a solid place. We’re now only 19 days away from the Draft Lottery by the way, which I find to be pretty darn exciting. With little Bulls news to gnaw on right now, the draft lottery results will give us an opportunity to talk more realistically about the upcoming 2020 draft (which is scheduled for October 16th).

•   lolz MJ made everyone look so silly.

•   Michael Porter Jr. looks like he’s on the verge of a breakout, but I wouldn’t go as far as to say Bulls fans should be furious about not drafting him. (1) It’s not like he went No. 8 overall, right behind Wendell Carter Jr., and (2) there were some serious injury concerns surrounding him. Also, let’s not just write off WCJ’s value. I know Bulls fans aren’t entirely hyped about him right now, but many folks around the league still consider him to be one of the league’s rising stars.

•   Oh, and if you happen to like how Denver’s built, we now have the guy who put together that team running the Bulls.

•   Reason 4,560 to fire Boylen: Other reporters around the league can make these jokes about the Bulls:

I thought the Bulls didn't make the bubble?

•   Speaking of which, nothing has changed on the Boylen front, according to K.C. Johnson. He continues to have a voice within the organization as the “evaluation” continues, and things will reportedly stay this way until at least September. Note: There’s more coming on Boylen soon, after another report from Joe Cowley, but I don’t think you’re going to like it. Stay tuned.

Regarding Jim Boylen, ⁦@NBCSChicago⁩ has reported all offseason that Arturas Karnisovas has worked to empower him and his staff and wrote on July 21 about how a first-year head coach would be a tough sell to ownership. Nothing has changed. https://t.co/W8FiQfD7H2

•   Meanwhile, it’s not like the players have his back.

Just to get it on paper https://t.co/5mbKaBwtqO

•   I’d pass out after two minutes of a Zach LaVine workout.

2020 as told by Thibs pic.twitter.com/SmIRKdlYZY

My three wishes …. please wear a mask and not only register to vote but vote! All In. All Bulls. 365. 24-7. pic.twitter.com/JWZVNanTJl