Bulls Should Care What Their Players Have to Say, But That’s Not the *Only* Reason to Fire Jim Boylen (And Other Bulls Bullets) Skip to content 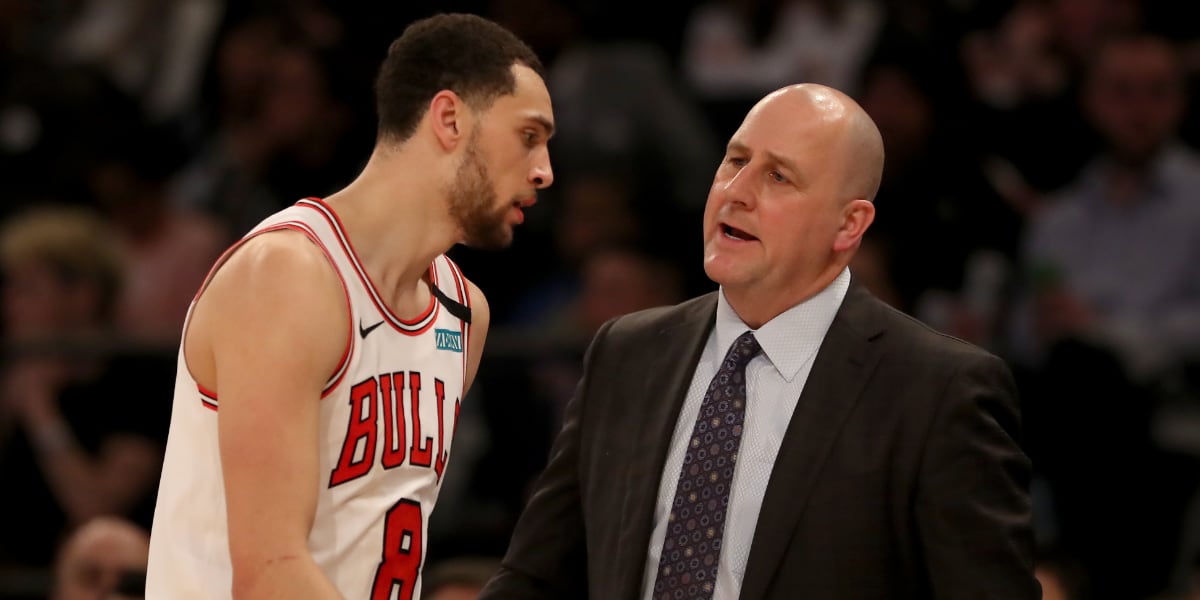 It’s Friday. Friday. Gotta Get Down on Friday.

•   My brain hurts. Earlier this morning, I sent a couple of thoughts on the most recent Bulls Talk Podcast into our BN Group Chat. What followed was Brett and Michael virtually fist fighting over the future of the Chicago Bulls, while I occasionally chimed in with a “good hit” or “use the chair!” Obviously, first and foremost, I encourage you to go listen to the latest episode and construct your own thoughts, because I’m only about to give you a summary of the areas that sparked debate.

•   Okay, so basically NBC Sports Chicago’s K.C. Johnson gave his perspective on why there shouldn’t necessarily be overwhelming concern about the new front office not listening to player input. We all know the reports about several key players ripping Boylen to shreds, which hasn’t led to any action at all. Considering the early commitment to turning this franchise into a player-first organization, this has really frustrated a good chunk of Bulls fan base. Johnson hints on the podcast, however, that we need to reconsider how much weight we/the Bulls should put on current player’s opinions. He reminds us that the coaching staff isn’t the only thing that will likely see a pretty big overhaul soon. With still so much talent evaluation to be done, we can’t rule anyone on this roster as untouchable. The fact of the matter is, this roster will likely look very different come 2021 – be it via trades, free agency, or the draft. For a more complete understanding of what Johnson’s point, here’s part of what he had to say:

“I don’t really get the sense Arturas and Marc are here to fall in love with this roster … There are a lot of young and intriguing pieces on this roster, no doubt, but sometimes we overstate because this all we have to breakdown – the players in front of us – this is not a great NBA roster.  They don’t really — I’m not saying they don’t care what these players have to say, but some of these players aren’t going to be here in 2021 … “

•   I get that, but here’s the thing: This isn’t about the individual opinion of Zach LaVine, Lauri Markkanen, or whomever else, this is about satisfying that “player-first” mentality and changing a damaged reputation across the league. In the Jim Boylen situation, Arturas Karnisovas and Marc Eversley have an opportunity to prove that this is an organization renewed. Sure, some of the guys who don’t like Boylen may be off the team in due time, but the last thing you want to do is to show potential free agents that you don’t value player input simply because those players could be deemed expendable in the future (that’s a bad look in two ways). The collective opinion matters in this situation, and if a majority of the roster doesn’t like the coach, that’s at least one reason (on a long list of reasons, in this situation) to move on from that coach.

•   Now, with all that said, the guys on the Bulls Talk Podcast make a good point – let’s not overstate the importance of these particular players on an individual basis. We’re still talking about a 22-win team and a roster that has not yet proven to be on a track toward significant success. Firing a head coach because he doesn’t click with practically all of his current players – and his results suck – is totally fair. But hiring a new head coach without heavily involving the current players – in this case – is also totally fair. The roster is very likely going to change (perhaps significantly) over the next few years, and that’s not a bad thing. So we’re walking a fine line when it comes to satisfying this existing set of players (even if an entirely new roster of players probably also wouldn’t be thrilled with Boylen as their head coach). But ultimately, I wouldn’t be too upset that the front office (or, rather, ownership) wouldn’t fire Boylen specifically because LaVine wants it done; I’d be upset if they didn’t fire Boylen because he’s CLEARLY not the guy for any number of reasons.

•   At least the boys keep grinding.

•   I’ll say this: I’m glad the Bulls have a group of likable guys. Yes, I remain incredibly frustrated with the inner-workings of this organization, but I’m comforted in the fact that these players put in the work behind the scenes. All of them are fun to watch in their own way, and while they may no become the stars some of us hope, I’ll probably end up cheering them on in some capacity regardless of how their career turns out. Hey, it’s not their fault they got stuck in a crappy situation.

•  Speaking of which, Coby White is a national treasure and we must protect him at all costs.

Cameron Payne Has Been An Absolute Bucket For the Suns (Yes, You Read That Right)https://t.co/Ny3Gg7jzGf

•   I got to give credit where credit is due, that is a great photo choice lol.

•   LaVine would have landed it.