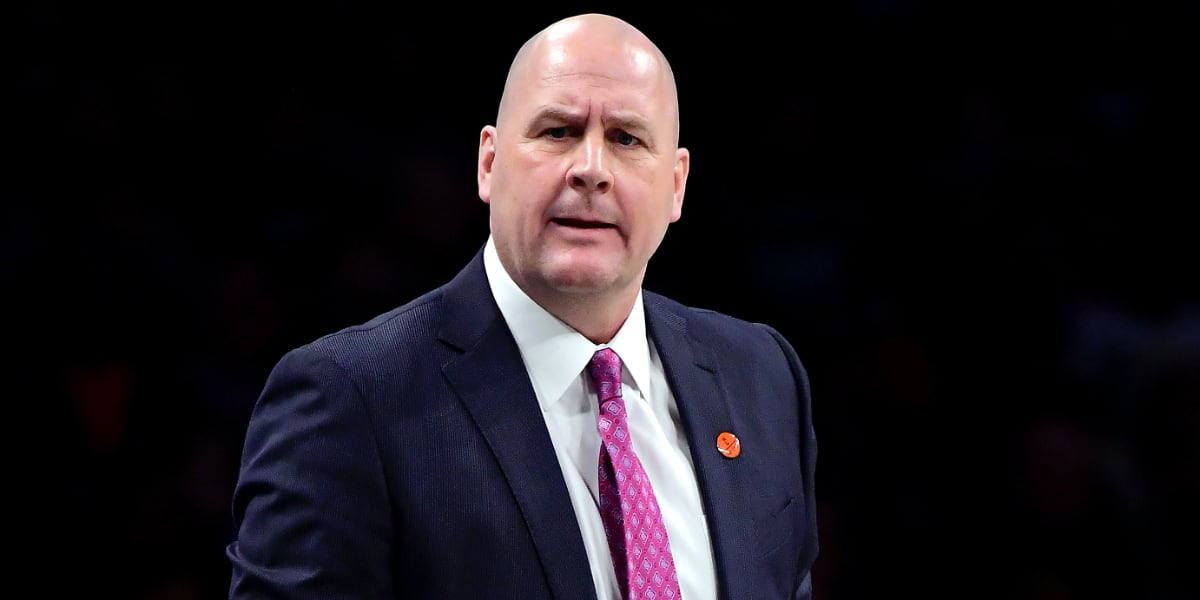 Unless you’re part of the Jim Boylen fan club (which meets on Wednesdays in John Paxson’s office), the past couple of weeks haven’t been great. The recent Bulls news cycle has given us plenty of reasons to believe Boylen will return as head coach next season, an outcome many of us have been dreading and frustratingly dissecting for far too long.

HOWEVA, there was a glimmer of hope earlier this morning, and that’s where we’ll start today.

•   Arturas Karnisovas and Marc Eversley have certainly taken their sweet time with this Boylen decision, and while it’s incredibly aggravating, we can’t deny the fact that they do have time. ESPN’s Adrian Wojnarowski reiterated this point with a modest update of his own, saying that the new front office personnel “remain in no rush” as they continue to spend time with Boylen behind the scenes. NBC Sports Chicago’s K.C. Johnson tweeted out Woj’s short write-up, so give it a quick read:

This, from ⁦@wojespn⁩, echoes what I said on ⁦@mullyhaugh⁩ on ⁦@670TheScore⁩ yesterday and wrote on July 21. With the 20-21 calendar uncertain, the long play remains in effect. In meantime, AK has empowered Boylen, staff during evaluation process. pic.twitter.com/S4QuPgjMCz

•   I think we can take away a couple news things from Woj’s comments. First, and most importantly, this implies that Karnisovas and Eversley have decided to take this extended time on their own, as opposed to a mandate from ownership. I’m not saying this directly contradicts the Sun-Times report from earlier this week about how Reinsdorf has “handcuffed” Karnisovas to Boylen, but Woj does make it sound more like this is the new front office’s idea, and that’s objectively good. I still don’t think Boylen is the right man for the job, but AT A MINIMUM you want your brand new front office to come to that conclusion, not be directed or even pressured by ownership.

•   Second, Woj mentions the potential head coaching candidates sitting in the bubble. Part of me thinks that is nothing more than a lame excuse (especially after the Knicks went about an extensive coaching search of their own last month), but if Woj is mentioning it as a possible factor, it’s worth a second thought. Perhaps the Bulls truly are waiting for the bubble to wrap up so they can conduct a more thorough and traditional coaching search. If Karnisovas and Eversley were to hire a new face, they’d want that person around the team and in Chicago ASAP. Again, I don’t think this is a great reason to delay any kind of coaching decision, but I can see a world where it has some kind of impact on how Karnisovas and Eversley approach this offseason (whether that’s right or not).

•   In general, I’d consider this a glimmer of hope. What Woj might be hearing in league circles is still simply that it’s taking time for a decision to be made. If it was common knowledge or inevitable that Boylen would return next season, Woj would’ve written that.

•   Meanwhile, we also learned yesterday (via The Athletic) that the NBA has considered sending the eight teams left out of the restart to the Orlando bubble. The idea is that after eliminated teams leave, the Delete Eight could use the space for combined workouts or scrimmages of their own. Oh, you think that’s dumb? Me too! As we talked about yesterday, I doubted the NBPA would sign off on such a concept, and according to Woj, that’s exactly the case: “The NBPA has no interest in that idea, sources said. It’s a non-starter. The inevitable solution for the eight teams left out of Orlando: The NBA and NBPA agreeing upon voluntary workouts in the team facilities, sources said.”

•   I read Bobby Ports’ tweet and immediately wanted an Italian beef (also, real talk, the Barnelli’s side of Portillo’s is delicious and deserves more praise).