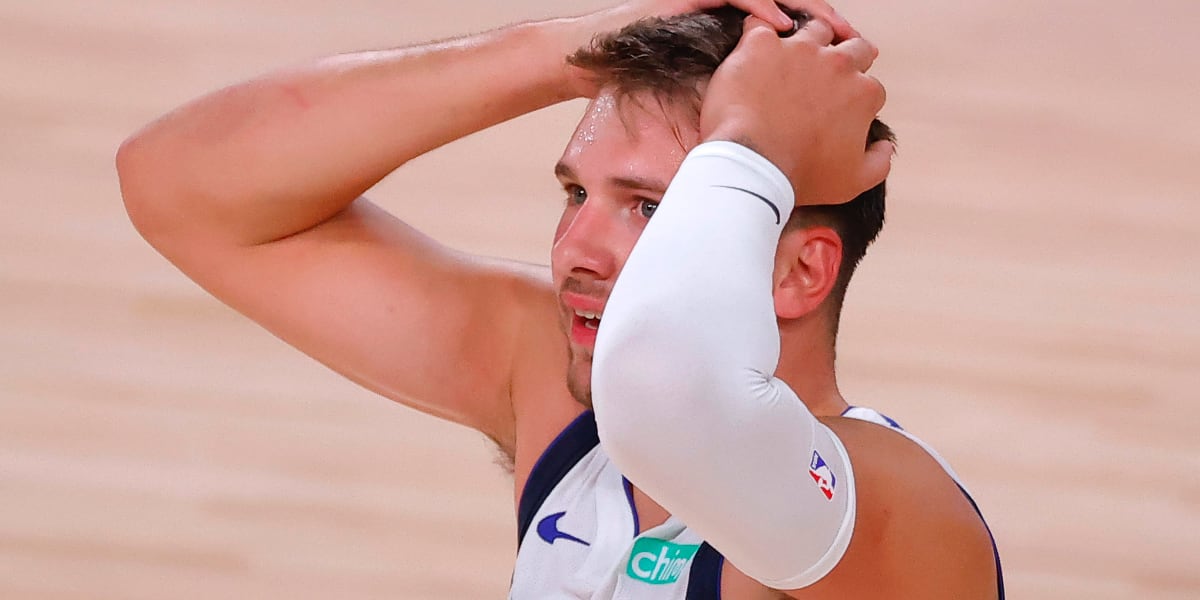 Got some new chairs for the balcony yesterday at a STEAL of a price. I know every time I sit in them, I’m going to feel like a finessed the system. Can’t wait.

•   Stop what you’re doing and watch this pass at least 10 times.

•   Sure, we’ve seen through-the-leg assists before, but the context makes this one even more amazing. Luka Doncic dished out this pass in an overtime game with 1:09 left on the clock against the No. 1 team and defense in the NBA. The Mavericks won the game 136-132 as Doncic finished with 36 points, 14 rebounds, and 19(!) assists. WOW. The reigning rookie of the year has put together such an incredible sophomore season that he’s also a finalist for the Most Improved Player Award. And while I think it’s a bit unfair for him to take a spot of a guy like Devonte Graham (who literally went from average 4.7 points with 2.6 assists to 18.7 points with 7.5 assists), Doncic has, in fact, improved from really good to holy crap good.

•   Watching Doncic ball out this season has only added to my Bulls depression. I know Chicago didn’t pull a Kings and pass on him, but I’m reminded how much it sucks that they haven’t even been in the situation to make that mistake. Not to mention – and I don’t necessarily fault anyone for this – it’s annoying to see some of the clear-cut rising stars that came after players like Lauri Markkanen and Wendell Carter Jr. All-Stars Donovan Mitchell and Bam Adebayo were both selected at the end of the lottery in 2017, and the same goes for guys like Shai Gilgeous-Alexander and Michael Porter Jr. who are currently playing great in the bubble. Again, it’s hard to put blame on anyone for not selecting these players. The fact of the matter is the Bulls No. 7 picks were consistent with most draft boards at the time. Some bad luck mixed with some awful player development has kept the Bulls from finding a star. Fortunately, this team is young, and there is a lot of time for each player to turn things around, so the true verdict isn’t out yet.

•   ICYMI: Here’s a look at the NBA awards finalists.

In the 1990s heyday of the NBA, as the Chicago Bulls won six titles, the world’s top basketball league was secretly thinking of starting a football league. https://t.co/Nqzzlra7V0

Deni Avdija (@deniavdia8) working hard in preparation for the #NBAhttps://t.co/5c4LCdFtaH

•   This makes the first image somehow feel like it was 20 years ago and yesterday all at the same time.

•   Shaq Harrison knows how to dunk a basketball. Remember, it’s quite possible we could see him back on the team in a bigger role next season. Also praised for his defensive ability, there is certainly a world where the Bulls see Dunn walk and decide to keep Harrison on board to play a similar role.