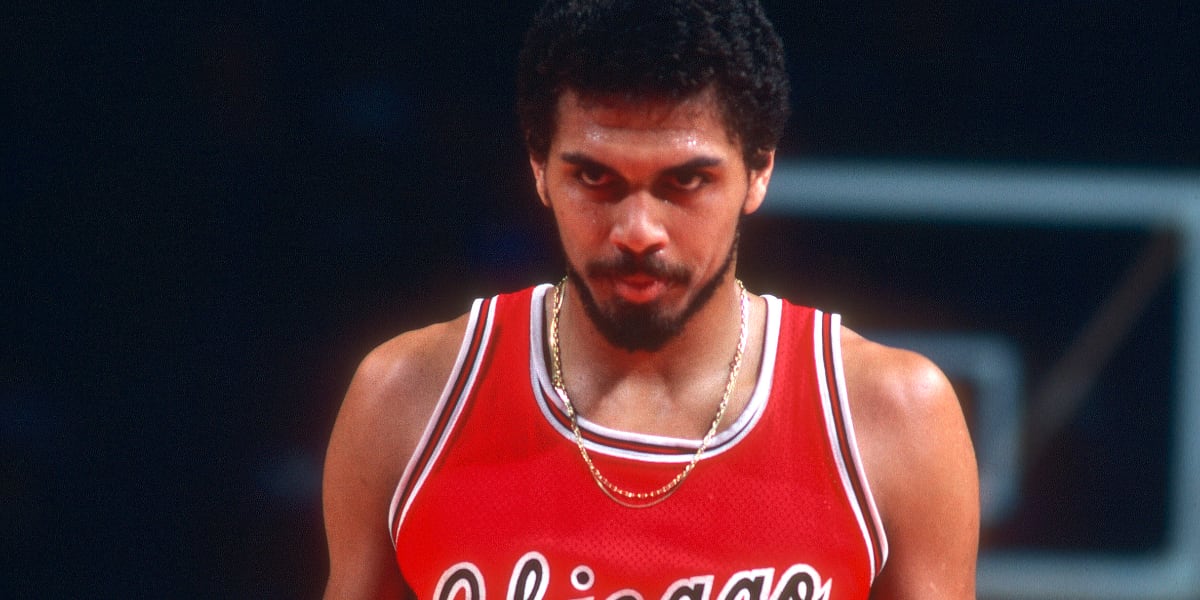 Time for a history lesson!

Then, during the 1983-84 season, Reggie Theus was a benchwarmer.

While Theus did go from averaging 23.8 points per game to just 8.7 for the Chicago Bulls, it wasn’t at all his fault. Despite playing in 429-straight games as one of the team’s better overall players, head coach Kevin Loughery – in his first season with the team – decided to bench Theus 19 games into the 1983-84 season. The reasoning centered around Loughery’s urge to create a more defensively sound team. The Bulls were spiraling out of control yet again after winning only 28 games the season prior. In fact, things were so bad, Loughery technically marked the 8th person to serve as head coach of the Bulls in six seasons: Larry Costello, Scotty Robertson, Jerry Sloan, Phil Johnson (one game), Rod Thorn, Paul Westhead, and Kevin Loughery.

When you’re running through head coaches faster than Cookie Monster runs through a plate of cookies, I think it’s safe to say the problem is bigger than one player. However, that didn’t seem to be Loughery’s train of thought. The Bulls benched Theus, and the guard went from playing roughly 34 minutes a night to just about 19 minutes.

“I should have done it earlier,” Loughery told Sports Illustrated back in 1984. “But I was feeling my way around the situation. I didn’t want to cause trouble.”

For what it’s worth, the Bulls did go on to win eight of their next nine games with Theus basically out of the picture, but their winning ways didn’t continue.

Once a Chicago favorite and rising star, Theus ended up traded to the Kansas City Kings in February. And to this day, he remains rather pissed off about how his time in the Windy City came to an end.

“Kevin Loughery is an asshole,” Theus told SirusXM’s Noah Coslov on the Rejecting The Screen podcast. “And, obviously, even to this day, I’d like to tell him that. Because what he did to my career, he could have destroyed my career. He could have hurt me tremendously as a basketball player. He did actually. I ended up getting traded. And the owners didn’t want to trade me, Rob Thorn didn’t want to trade me, but they had already fired five other coaches. I had six coaches in my first five years of my career. I still to this day have no idea why he wanted to get rid of me so badly.

I thought I was going to be a Chicago Bulls for the rest of my career. And not only was I playing well for the team, I was also really well-liked. I had a great, phenomenal relationship with the city of Chicago. So, it just looked like jealously. It just looked like he wanted something that was outside of basketball.”

Theus dug into Loughery for a good chunk of the interview, opening up further about the way the former-Bulls head coach treated him. After he was benched, Theus said Loughery tried to turn his teammates against him by instructing him to play selfishly. Theus also said Loughery tried to publicly embarrass him when he asked him to finally check in to a decided-game with only a minute remaining. Loughery thought Theus would turn down the opportunity out of anger, but Theus didn’t give him the satisfaction.

Theus went on to say that the whole situation was so bad it would cause him to cry at night. And the whole thing seemed to be amplified by the fact that he had very solid support around the city. He recounts fans chanting his name over and over while he sat on the bench. Once, a fan even ordered him a pizza mid-game. Oh, the ’80s.

Anyway, while his time with the Bulls had a rocky end, I think he can take solace in knowing his name is still thrown around when talking about franchise greats. Loughery? Not so much.

If you want a blast from the past, listen to the full interview below:

In '83 @ReggieTheus was an All-Star. In '84 he was benched.
On Rejecting the Screen, we asked him about head coach Kevin Loughery: "Kevin Loughery is an a**hole"#Bulls