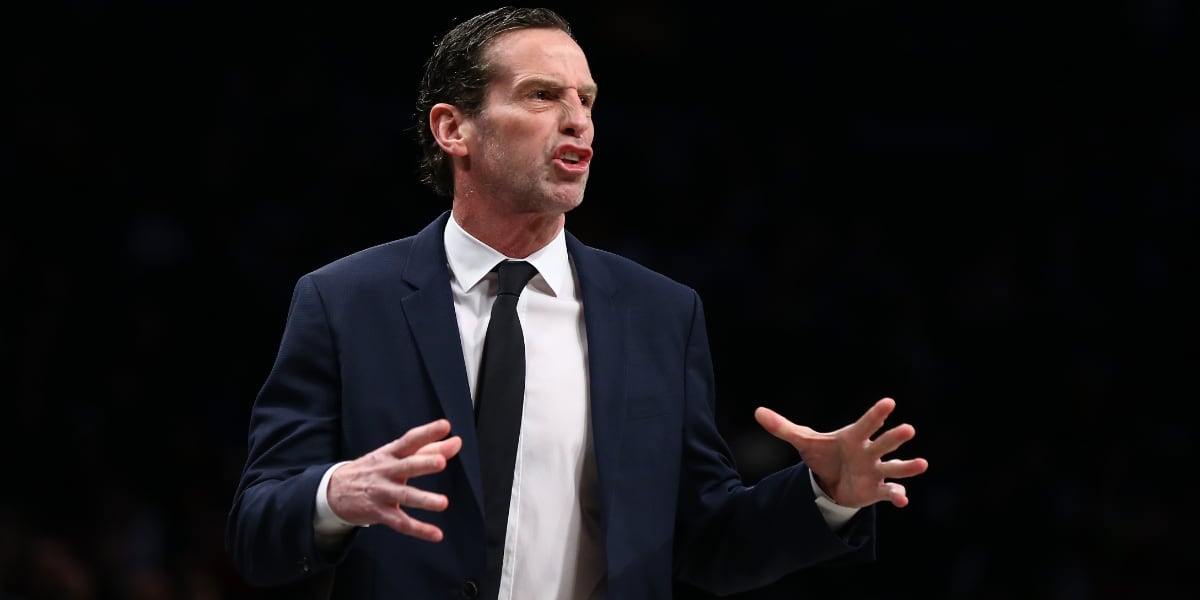 Now that “he who no longer needs to be named” has finally been removed from the head coach position, the Chicago Bulls have officially turned the page to a new era (heck, they opened a whole new book).

After Arturas Karnisovas and the organization made the announcement on Friday morning, a flurry of head coach candidates started to hit our social media timeline, along with some other information about the Bulls’ new coaching search. With that being the case, let’s make sure we all start on the same page.

Here’s what we know thus far …

During a press conference shortly after the announcement, Arturas Karnisovas told media the interview process would start “immediately.” He didn’t give any kind of estimate on the number of candidates the organization expects to interview nor how long he expected the process to take.

Arturas Karnisovas: "There's no specific number of (head coaching) candidates or deadline. We'll compile a list and start the process."

With the 2020-21 season supposedly starting at the beginning of December, Karnisovas has plenty of time to review candidates. However, the sooner he can make a decision, the sooner that person can get to work with this team. The idea of an in-market bubble for a training-camp-like atmosphere for the eight teams left out of the Orlando restart continues to gain traction. If that were to start up in September, which is what’s currently being reported, it would probably be in the Bulls’ best interest to have their new head coach in the gym by then.

Former-Nets Head Coach Kenny Atkinson: Plenty of Bulls fans are already familiar with Atkinson. After assistant stints with the Knicks and Hawks, Atkinson found himself as the head coach of the Brooklyn Nets in 2016. Over his three seasons with the team, he only gained more respect for his ability to develop young players. By the 2018-19 season, he helped turn a 20-62 Nets team into a No. 6 seed in the Eastern Conference (42-40). After the team landed Kyrie Irving and Kevin Durant, they decided to let Atkinson go in a decision that surprised many. Overall, his fit for the team makes plenty of sense. The Bulls are filled with young, unproven talent, and if Arturas Karnisovas is largely committed to fixing this existing roster, an Atkinson hire could be the right move.

Philadelphia 76ers Assistant Coach Ime Udoka: The epitome of an intriguing up-and-coming talent, Udoka has already been connected plenty to the Chicago Bulls. In April, The Athletic’s Darnell Mayberry labeled Udoka as an “increasingly possible” replacement candidate. Then, in June, the Sun-Times reported that Udoka was the “front-runner” to land the job (if it were to become available). Anyway, here’s what I wrote about him when his name first came on our radar:

Udoka, 42, is an up-and-coming mind in the NBA coaching world. He spent seven seasons in the NBA before taking an assistant coaching role with Greg Popovich and the San Antonio Spurs in 2012. Then, in 2019, Udoka left the organization to become one of the league’s highest-paid assistants with the Philadelphia 76ers. Mayberry says with Eversley now on his way from Philly to the Windy City, it makes all the more sense for the Bulls to have an eye locked on Udoka when (or I guess I have to say “if”) a coaching search begins.

Denver Nuggets Assistant Coach Wes Unseld Jr.: Son of an NBA legend and Hall of Famer, Unseld Jr. is a popular name in coaching circles. He started his coaching career with the Washington Wizards as an assistant in 2005, and he stayed with the organization until 2011. Afterward, he went on to have stints with the Golden State Warriors and Orlando Magic before joining the Denver Nuggets in 2015. Considering Karnisovas joined the Nuggets organization around the same time, it’s unsurprising to see him as a lock to be interviewed already. With that said, even if it weren’t for the prior connection, Unseld Jr. would be more than qualified for an interview. ESPN threw him on their list of the hottest head coach candidates back in June, and said he’s garnered attention for his “steadiness, smarts, and empathy.” Additionally, they said his experience growing up and working with a wide range of head coaches has “given him a firm understanding of the dynamics that drive staffs and organizations.” In other words, he could be exactly the grounding force this Bulls team needs. Oh, and for what it’s worth, he interviewed for the head coach position in Cleveland last offseason.

Milwaukee Bucks Assistant Coach Darvin Ham: He may not have had eye-popping stats during his time as a player in the NBA, but his nine seasons in the league surely helped turn him into the solid coach he is today. Ham comes from the Mike Budenholzer coaching tree, which is a pretty damn good tree to fall from if you ask him. After coaching in the G-League from 2008-2011, Ham joined the Los Angeles Lakers big league staff where he coached until 2013 (and worked with players like Kobe Bryant and Pau Gasol). From then until 2018, he stuck alongside Budenholzer in Atlanta, where the two helped transform the Hawks into a playoff contender. Ham was obviously important enough for Budenholzer to take him to Milwaukee, and the Bucks recent success … well, it speaks for itself.

The best way to describe Ham? A basketball junkie who ESPN says “would command the instant respect of current players with his voice and manner as a hard-nosed NBA vet.” Oh, also, he could get up …

Dallas Mavericks Assistant Coach Stephen Silas: The Bulls need offensive help, and Silas can provide exactly that. In 1999, he started his NBA career as a scout with the Charlotte Hornets and then worked as an assistant coach with the organization until 2002. His father was head coach of the team at the time, and when the old man left for the Cavaliers, Silas followed. Eventually, Silas would go on to coach with the Wizards and Warriors before returning to Charlotte, where he remained as an assistant from 2010-2018. Over the past season, he’s worked with the Dallas Mavericks and run the team’s offense (which is No. 1 in the league, by the way). The guy has basically 20 years worth of NBA experience and has consistently been viewed as a reliable, important assistant. In the past, he has reportedly been considered for head coaching jobs in Atlanta, Charlotte, and Houston.

I don’t know about you, but I kind of like all these guys.

Other Names Out There:

Minnesota Timberwolves Assistant David Vanterpool: Thus far, Vanterpool’s name has only popped up on this graphic shared by The Athletic. Another former hooper, Vanterpool played overseas for most of his career before taking an assistant job with CSKA Moscow. He joined the Oklahoma City Thunder as the director of pro personnel in 2010 and left the organization in 2012 to become an assistant coach for the Portland Trail Blazers. After seven seasons in Oregon, he joined the Timberwolves. For more on him, read this bio from the Timberwolves.

Toronto Raptors Assistant Coach Adrian Griffin: We’ve talked about Griffin many times already, as he’s also been another name with strong ties to the Bulls possible head coach vacancy. However, his name is not one of the immediate confirmed candidates. Wojnarowski mentioned his name in a tweet of “expected” candidates on Friday, but we’ll have to wait and see if his name gains traction. For the time being, Griffin is in the middle of dealing with serious domestic abuse accusations from his ex-wife. The Raptors coach denied any wrongdoing in a statement yesterday. Only time will tell how this plays out.

What will they do until then?

I don’t need to tell you this, but even if it’s the offseason, someone needs to take over “head coach” duties. Lauri Markkanen, Zach LaVine, Coby White, Wendell Carter Jr., and numerous other players have reportedly been visiting the Advocate Center for individual workouts over the last couple of weeks. They may not be able to work closely as a team for now, but a coach still needs to be in charge of overseeing the entire operation.

According to ESPN’s Adrian Wojnarowski, the Bulls assistant coaching staff will remain with the team (for now). He also made sure to mention that assistants Roy Rogers and Chris Fleming are on multi-year contracts. To me, that’s him alluding to the fact that both guys could carry over from one regime to the next. We already know Karnisovas has a past relationship with Fleming, specifically. He also exercised the contract option on bench coach Nate Loesner earlier this offseason, as well.

In my opinion, the assistant coaching staff has never been a problem. I’d be more than happy to see some of these names stick with the team, especially Fleming who carries a praised offensive philosophy (one that didn’t appear to be followed this season). To be clear, that doesn’t mean I think any of these assistants are safe. If the coach who is right for the job wants someone gone, I have to imagine Karnisovas will budge.