The Bulls Have Serious Competition on the Coaching Market, But Possibly a Different Type of Candidate in Mind (And Other Bulls Bullets) Skip to content 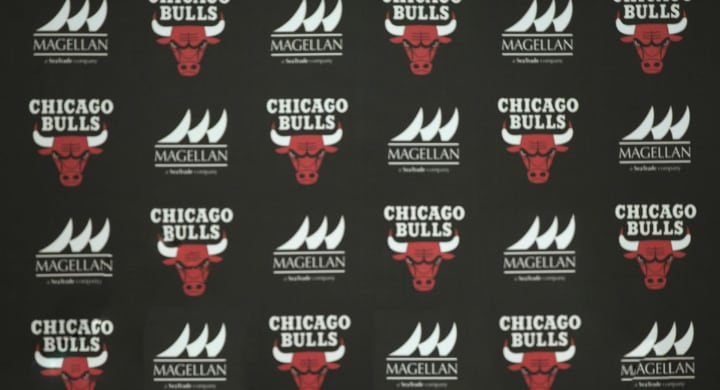 I’ve thought about it, and I decided we’ll probably remember the Jim Boylen era a lot like we remember puberty.

During those couple of years, we spent a ton of time angry and uncomfortable. We didn’t quite understand why this was happening to us, nor did we know when it would come to an end. I got acne watching games, and my voice cracked screaming at the TV. I guess the only real difference is that instead of growing hair, I lost some.

Much like puberty, though, we look back at it as a time of change – something that had to happen for us to become who we are today. Chances are, without Jim Boylen, the Bulls don’t grow up. They remain in their angsty ways, and they don’t start a new chapter of their basketball life. So, in that sense, I want to say thank you, Jim. I didn’t enjoy the time you were here, but in a weird way, I’m glad it happened.

Pelicans Fire Head Coach Alvin Gentry … So What Does That Mean for the Bulls?https://t.co/V7EoClHKs2

•   In terms of championship potential, the Brooklyn Nets job is still the best on the market. While coaching Kyrie Irving and Kevin Durant may not be the easiest from a personality standpoint (expect burner accounts and flat earth conspiracies all over that locker room), it’s almost a sure-fire thing that team will fight for a spot at the top of the eastern conference. Then, the Pelicans check-in at No. 2 with Zion Williamson, Brandon Ingram, Jrue Holiday, and Lonzo Ball. At their best, that’s easily a playoff-caliber core. Not to mention, their roster is built for the long-haul. With that being the case, the Bulls find themselves as the third-best job, from an immediately competitive perspective. As ESPN’s Adrian Wojnarowski reported the other day, the team’s young core and upcoming cap flexibility make Chicago an attractive destination. But, I think it’s fair to say that if the coach Chicago wants is offered the job in Brooklyn or New Orleans, the Bulls will have to hire their backup candidate.

•   Fortunately, I believe the Bulls list of candidates shouldn’t heavily overlap with the Pelicans or Nets. The Nets will likely look for a more proven-coach who knows how to win now. And even though the Pelicans, roster-wise, are closer to the Bulls with their foundation built on a young core, we’ve already learned a lot about the type of coach they want to bring in based on recent reports. Tyronn Lue and Jason Kidd were the two first names attached to the job in New Orleans, and neither have been placed anywhere near the Chicago Bulls (at least, not yet). What this tells me is that the executive VP of basketball operations David Griffin sees this Pelicans team as only a couple steps away from truly competing in the Western Conference. Additionally, having Zion Williamson on your roster changes everything. Expected to be a bonafide star in this league, the Pelicans organization wants a coach that has experience with superstars. Lue has won a championship coaching LeBron James, and he currently sits on the Clippers bench coaching Kawhi Leonard. Meanwhile, Kidd sat with Giannis Antetokounmpo in the early days, and he currently coaches LeBron James and Anthony Davis in Los Angeles.

•   Simply put, the Bulls aren’t looking for a Lue or Kidd. The franchise is looking for an upcoming head coach that offers a fresh perspective and an entirely new look. Also, we should probably keep in mind the desire for staying-power with this new hire. Arturas Karnisovas comes from Denver where Mike Malone has been with the team for five seasons and helped them go from a 33-win team to a 54-win team. Marc Eversley comes from Philadelphia where Brett Brown has been with the team for seven seasons and helped them go from a 19-win team into a 51-win team (for what it’s worth, I think Brown will be out the door after Philly’s season … but the point I’m about to make stands). The Bulls two new front office leaders come from institutions that have hired head coaches who have staying power and the ability to gradually turn a team into consistent playoff threats. Oftentimes, the best way to do that is to give the job to an up-and-coming face.

•   Tomas Satoransky is all aboard the Karnisovas hype train.

•   He also definitely wasn’t aboard the Boylen hype train.

Satoransky on the firing of coach Jim Boylen: "This decision is a right step." pic.twitter.com/7Ic0OANxFy

With that in mind, we take a look back at his most bizarre moments and quotes as #Bulls coach in a tenure that left an indelible mark.https://t.co/LP4W0vK6XM via @CodyWesterlund pic.twitter.com/wMfjFcoYN6

Former NBAer Walt Lemon Jr. has signed with Hapoel Tel Aviv in Israel. Lemon last played in the NBA in 2018-19 with the Chicago Bulls.

•   Wait, so is Lauri Markkanen a big deal in Finnish pop culture? Do the paparazzi always follow him as girls chase him down the street? I mean, congrats on the new kid and house, but I need answers.

The Finnish tabloids are reporting that Chicago Bulls forward Lauri Markkanen and his wife recently bought a house in Helsinki, Finland.

The tabloids are also reporting that Lauri and his wife are expecting their second child by the end of the year.