Here Are the Potential Bulls Targets for the No. 4 Overall Pick in the 2020 NBA Draft Skip to content 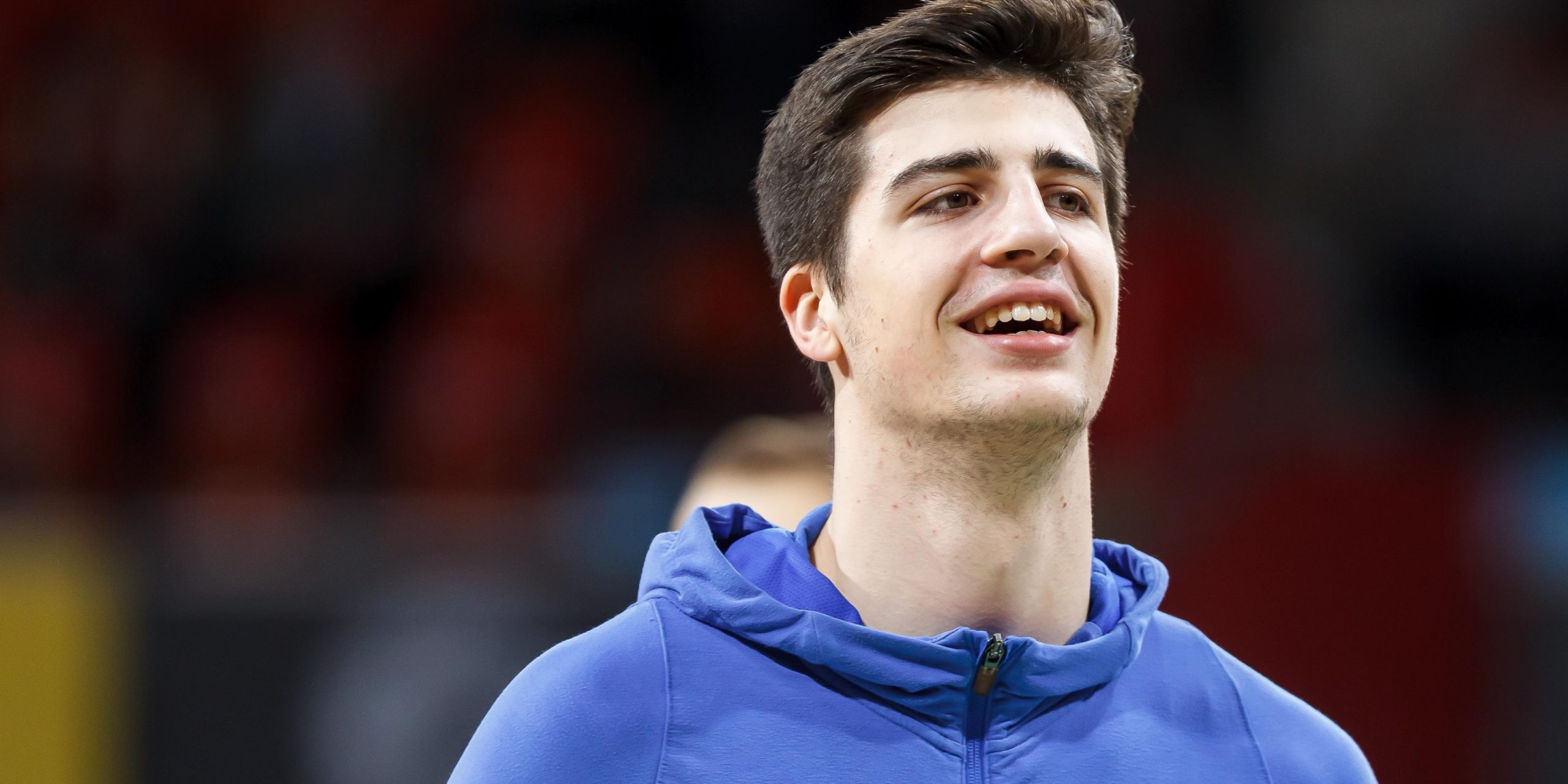 Mock Drafts aren’t necessarily the most reliable – especially when we’re still two months out from draft night. However, we can’t deny that they’re (1) fun as heck and (2) provide a decent look at the type of players considered to be within a team’s range for a certain pick.

So, here are the players currently connected to Chicago in the latest post-lottery mock drafts, along with some of my thoughts.

Note: I’ll be doing more detailed profiles of several players over the coming weeks. Below, I’ll share a quick background of each player and pinpoint some of the main reasons the mock drafts linked each player to the Bulls. For more information, I encourage you to check out the mock drafts themselves – that’s why they’re linked!

Even before the Chicago Bulls landed the No. 7 pick in 2019, many Bulls fans had their eyes on Coby White. The same can be said for Israeli basketball sensation Deni Advija in the 2020 NBA Draft. Viewed as one of the elite European talents of his generation, Avdija has been on the NBA’s radar for the past several years. Each of the three mock drafts mentions an important point when connecting him to the Chicago Bulls – the fit. It’s no secret that the Bulls are in desperate need of wing depth. Avdija could come in and immediately backup veteran Otto Porter before potentially sliding into his starting spot after next season.

Even more importantly, though, he could very well just have the highest ceiling of any player still on the draft board. Avdija is a very solid all-around player. He has the passing chops to become a solid ball distributor and second playmaker for this young Bulls team. Some have concerns about his streaky scoring ability and inconsistent perimeter shooting, but he seems like the type of player who could easily add/improve elements of his game each year in the league. Not to mention, when it comes to the “intangibles” category, Avdija has a feel for the game that can’t be taught.

Tied for the most Mock Draft appearances thus far, the National College Player of the Year out of Dayton is arguably the most NBA-ready player in the draft. Obi Toppin became this college basketball season’s breakout star, averaging 20 points, 7.5 rebounds, 2.2 assists, 1.0 steal, and 1.0 block per game. Additionally, the beast of a human shot an impressive 63.3 percent from the field and 39 percent from downtown (though, he only took 2.6 attempts per game).

Toppin is easily the most athletic and explosive offensive player in this draft class. He is a dunking machine who already possesses the size to give numerous NBA forwards problems. On top of that, he runs the floor well enough to fit right into the high pace, transition basketball the Bulls will likely play next season. Also, thinking about the pick-and-roll he could run with Coby White or Zach LaVine is enough to make you salivate. There is just no doubt he’d help the second-worst offensive in the NBA.

With that said, all analysts have basically the same concern – how high is his ceiling? When Toppin enters the league he’ll already be 23-years-old. The defensive limitations are glaring and it’s quite possible we already know the type of player he’ll be. If you draft Toppin, we all feel confident you’re getting a starting-caliber role player for years to come, but don’t you want more than that with the No. 4 pick in the draft?

We have an elephant in the room, and that elephant’s name is LaVar Ball. Before we proceed, let me say this, don’t worry about his father. LaVar has been pretty off the grid for the past year+. Not only have certain outlets stopped giving him a platform, but chances are he’s learned that it’s best to stay out of his kid’s career (at least in the public eye) if he truly wants them to succeed.

Anyway, the consensus seems to be that Ball will get selected somewhere in the top 3, but with the unprecedented nature of this draft, anything is possible. Ball – for reasons other than his father – is one of the most polarizing players in the draft class. Skipping college to play professionally overseas, he flashed his eye-popping passing ability and impressive court vision. Even though the organization drafted Coby White last season, Ball fills a need for this team. He can finally be the above-average facilitator needed to distribute the basketball to the variety of offensively-gifted players on this roster.

The downside is that Ball has clear problems on the offensive end, himself. He isn’t the most efficient scorer, but that doesn’t stop him from throwing up some head-scratching shot attempts. Also, despite his 6’7″ frame, he tends to avoid contact, according to The Ringers Kevin O’Connor. From the film, it’s easy to tell he’s more of a finesse guy around the rim, which is … meh. Defensively, there are a fair amount of question marks as well.

Okoro has been on Bulls fans radar for a little while now. Positionally, he fills an area of need for this team, and he is also supposedly one of the best defenders in this draft class.

For a better understanding of what he brings to the table, I’m just going to let Vecenie take the mic:

His frame is terrific at 6-foot-6 with a 6-9 wingspan. He legitimately can defend one through four due to his mix of lateral quickness and power. His on-ball prowess is superb due to his motor and effort level, and then his ability to wreak havoc off-ball is terrific due to his high-level basketball IQ. That feel also extends offensively, where Okoro is a smart cutter, efficient driver, and smart playmaker when opportunities present themselves. He needs to keep working on his craft as a ballhandler, but his potential is real.

At the end of the day, No. 4 might be a tad too high for Okoro, but if anyone is going to move up and down draft boards in the coming weeks, it’ll be this kid.

I have a feeling this could be the highest we see Killian Hayes in a mock draft. To be sure, that isn’t a slight to O’Donnell, because it’s understandable to envision the Bulls having a legitimate interest in Hayes. At only 19-years-old, the point guard has marinated professionally overseas for years. He pretty much holds the same passing ability as Ball with perhaps a tad less flair.

A main point from O’Donnell’s write-up is that Hayes plays far more mature than your typical NBA teenager. From someone who has watched a handful of Hayes film in the past, I’d have to agree. When you see him lead and offense, it not only comes off so naturally but also so thoughtfully. It’s great to see that Hayes has the basketball IQ of a veteran … but does that mean he’ll play like one?

Questions about his perimeter shooting and athleticism are valid. Envisioning exactly what kind of player he’ll be in today’s NBA is a bit difficult, which means it’s also difficult to judge his ceiling. Ultimately, the element of the unknown (which exists for every player … just on varying degrees), as well as the lack of obvious athleticism, will probably keep him further down the draft board.

Tyrese Haliburton has been a popular name to throw into the Bulls draft conversation over the last couple of months, but that was before Chicago landed the No. 4-overall pick. Haliburton has been projected to go mid-lottery, and like Hayes, this is the highest I anticipate we’ll see him on a draft board.

According to Peek, though, Haliburton is “the most intriguing player in this draft class.” I don’t know about that, but I can understand why a team would be interested in his services. The guy came into his own during his sophomore season at Iowa State, scoring 15.2 points per game along with 6.5 assists and 5.9 rebounds. Haliburton is viewed as a very solid all-around talent (duh, look at those numbers), and he also proved he can shoot pretty darn efficiently after shooting 50.4 percent from the field and 41.9 percent from downtown last season.

I’ll say this, I like the guy’s talent, but he’s a player who is missing that “holy sh*t” factor in the eyes of many NBA analysts. Why? Good question.

For what it’s worth, drafting either Hayes and Haliburton at No. 4 would feel like stretching for need. Arturas Karnisovas has made it clear that the Bulls will look to draft the best player available regardless of their position, so unless their board looks very different than everyone else’s (which, of course, is possible) these two facilitating guards will likely not be in Chicago next season.