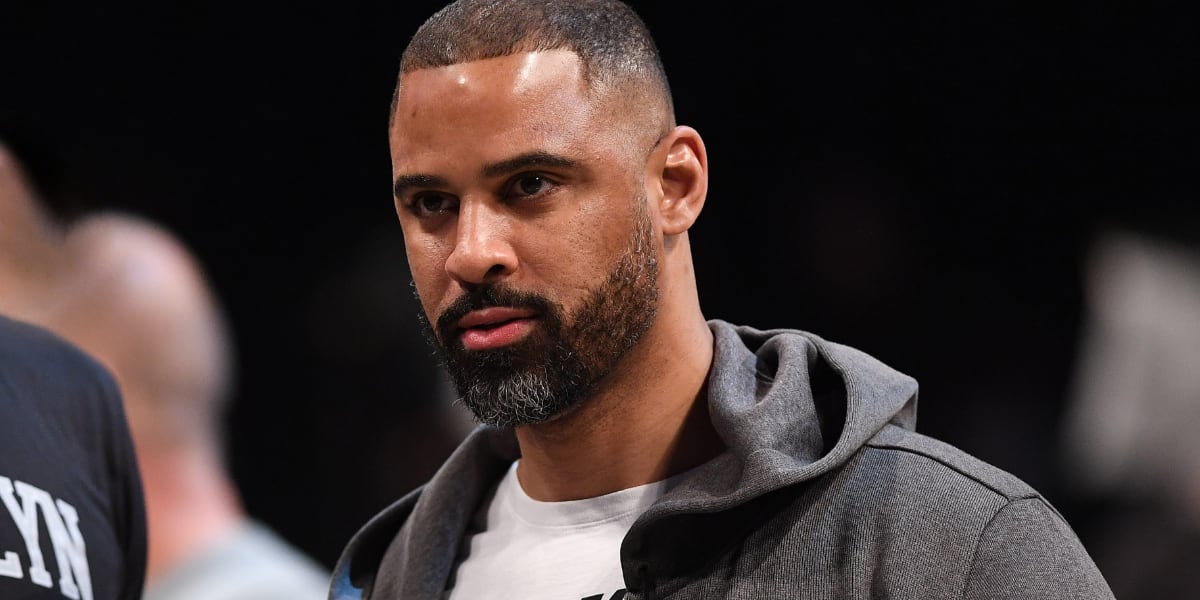 Udoka may not be the most experienced coach on the Bulls list, but the experience he does possess is top-notch. After a decade-long professional playing career that started overseas and eventually made its way to the NBA, Udoka joined the San Antonio Spurs coaching staff (the last stop in NBA playing career). From 2012-2019, he served as an assistant under head coach Gregg Popovich, earning the coveted Pop stamp of approval.

Udoka helped lead the Spurs to a championship in 2014, and slowly but surely found his way onto the potential head coach radar. However, instead of landing a top spot straight off his stint in San Antonio, Udoka ended up on the 76ers bench this past season. The organization hired him to be former-head coach Brett Brown’s lead assistant. According to The Athletic, his deal with Philly made him one of the highest-paid assistants in the NBA. Now, despite signing a three-year deal with the team, there is a good chance he’ll be out the door in one.

He may only have two stops on his NBA coaching resume, but he’s clearly highly regarded in head coaching circles. After all, you don’t stay on Pops staff and become the highest-paid assistant in the NBA if you’re not.

Not only are the Bulls considering him for their head coach vacancy, but he received an interview with the New York Knicks before the organization signing Tom Thibodeau, and he’s currently under consideration for the 76ers opening. And with the Pelicans, Pacers, and Nets (who, according to one report, have expressed interest) also in the market for a new head coach, it’s still very possible he ends up on other front offices’ lists.

Even if other teams join the mix, though, Chicago and Philly will likely be the two destinations to watch most closely. Udoka has reportedly been on the Bulls radar since April. When discussing the possibility of the Bulls head coach vacancy opening up, The Athletic’s Darnell Mayberry reported the front office’s interest in Udoka. Then, when June rolled around, the Sun-Times reported Udoka as the “front-runner” for the Bulls job – one that hadn’t even opened yet.

Either this was a load of crap or the Bulls have had their sights set – specifically – on Udoka for quite some time. For what it’s worth, it would make some sense. General Manager Marc Eversley comes from Philly, where he obviously worked with Udoka over this past season. We can’t say for certain, but there is a good chance he put Udoka on the Bulls radar upon his arrival.

Does Udoka really make sense for the Bulls? He’s not Jim Boylen … so that’s a good start.

Look, I’m not going to pretend I’m confident that Udoka will be the next Coach of the Year. This “potential fit” category is necessary, but also very debatable. Unless we’re talking about former head coaches – especially those with a preferred system – it’s hard to judge how well that person will fit with a certain organization. I mean, let’s remember, Boylen also sat on Popovich’s bench – albeit for significantly less time than Udoka.

With that said, Udoka certainly fits the mold of head coach the Bulls are destined to hire. Arturas Karnisovas wants someone who can communicate with them on a more personal level. As a former long-time player and at only 43-years-old, Udoka is the type that should be able to draw immediate respect from this young roster. I haven’t necessarily seen his player development skills touted across the industry, but coaches that can strongly relate to their players can also more easily find the right way to motivate them. Sometimes, that’s all it takes to push them in the right direction.

I think the best way to understand what exactly Udoka brings to the table it to read the following quote from a conversation he had with The Athletic before joining the 76ers last offseason:

“The fact that I was a player and I can relate to them, talk to them, and (players) confide in me stuff that they wouldn’t other coaches, I think that’s definitely a strength,” he said. “I think that’s one of the biggest things in the game today – how you can reach players.

“Anybody can draw up X’s and O’s and put a guy through a workout, but it’s the other stuff that really gets you over the edge with these guys – being able to relate to them, talk to them, and figuring guys out. That’s something I did here and obviously something I look forward to doing – building those relationships – in Philadelphia with the new guys.”

The only potential flaw I find worth mentioning is that we don’t exactly know how well he can run/establish an offensive system. Recently, he’s focused more on the other end of the ball, and he acted as Philly’s “defensive coordinator” last season. The team did fine, finishing the regular season 8th-overall in defensive rating, but a case could be made that their roster should have performed even better.

Udoka has also interviewed for several head coaching slots in the past, including Cleveland, Toronto, Detroit, Charlotte, and Orlando. I know it takes time to land a gig, but that fact kind of makes you wonder why an organization hasn’t scooped him up yet, right?

“If you decided during the middle of a random game this season to focus on Udoka, you’d see someone conducting himself like a head coach. He was constantly thinking and making defensive tweaks — communicating between free throws that Joel Embiid and Al Horford should swap matchups; giving Matisse Thybulle a few words of advice at the end of a timeout; shouting out to trap as an opposing guard waited to initiate the final possession of a quarter.

Every coach has their own unique demeanor that works for them, of course, but the 43-year-old Udoka seems to have a nice mix of player-like intensity and poise on the sidelines.”

– NBC Sports Philadelphia’s Noah Levick when discussing what makes Udoka an intriguing candidate for the 76ers.