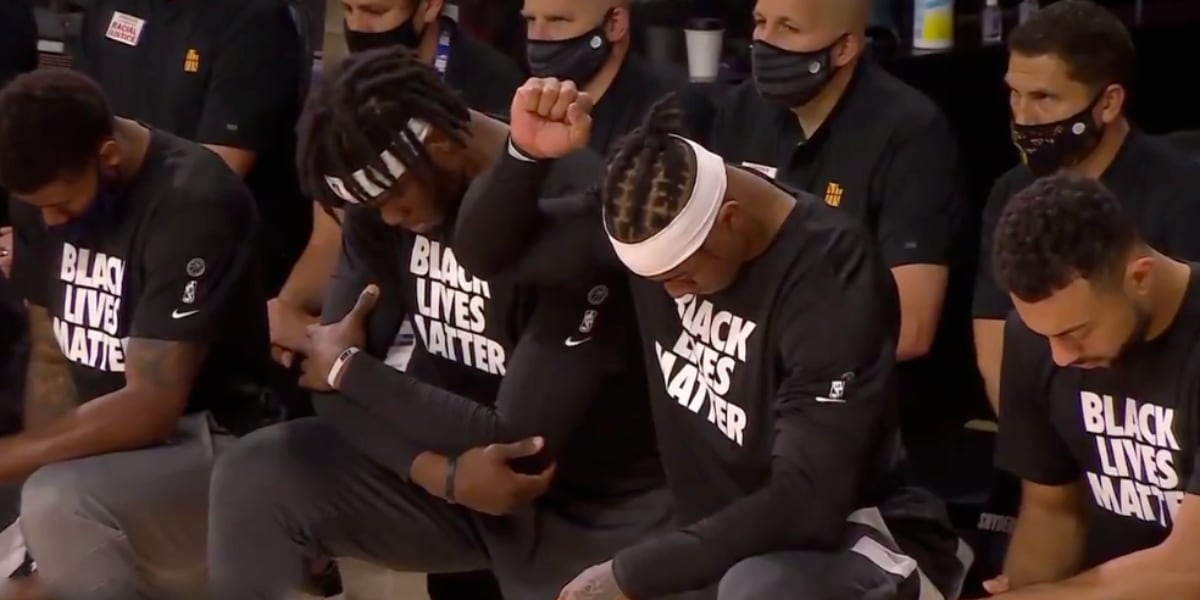 Two days after players decided to stop play due to the police shooting of Jacob Blake, a black man, in Kenosha, Wisconsin, the league has announced that the NBA and NBPA have agreed to resume play on Saturday.

Yesterday, it became clear that the playoffs would go on; however, we were unsure of when exactly that would be. Players, the union, and the Board of Governors all met on Thursday to try to implement a stronger plan in the fight against racial inequality. And while it’s impossible to have everything figured out already, the league will continue the conversation daily.

According to a joint press release by the NBA and NBPA, the league will “immediately establish a social justice coalition.”

Players, coaches, and owners will all work together to think of ways the league can better support the social justice movement. Per the release, this includes “increasing access to voting, promoting civic engagement, and advocating for meaningful police and criminal justice reform.”

In what appears to be one of their first major tangible actions, the league has announced that every city with a franchise will see out a way to convert that franchise’s arena into a voting hub for the 2020 General Election. If for some reason an organization cannot accomplish that, then that organization will find some way to use their facility to help with the election – whether it be aiding in voter registration or ballot receiving. Over the past couple of months, this idea has gained plenty of traction across sports. The Los Angeles Dodgers have already announced they will use Dodger Stadium as a voting location, and the Atlanta Hawks are already one NBA team that has made the same decision.

Lastly, we should expect far more advertisements on voting and civic engagement, as the NBA and its players will work to send an even more consistent message throughout the continuation of the playoffs.

I have to imagine that this, by no means, satisfies all of the players’ demands. However, there is clearly enough confidence between both sides that the league can make the social justice movement a priority throughout the rest of the season. The coalition immediately created will likely play a significant role in making players feel somewhat more comfortable over the next couple of months.

Today’s announcement is only one small step toward a much bigger goal for the NBA and its players.

Bad News Coming: The Cardinals Are “Closing In” on Willson Contreras