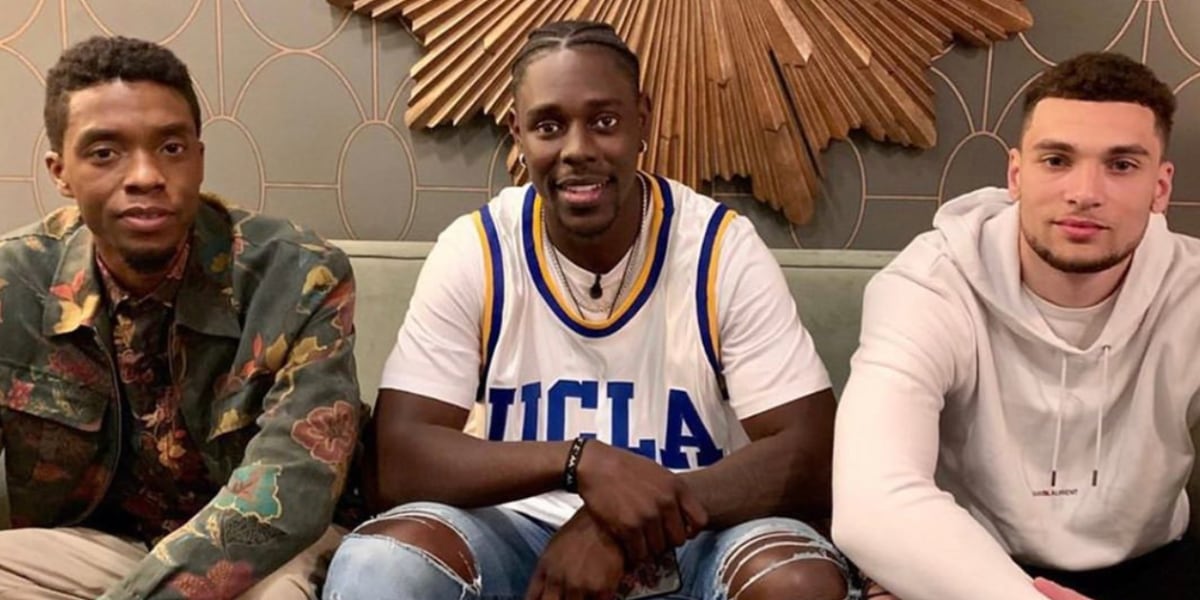 You’ve probably seen people write this across social media more times than you can count, but 2020 – and I can’t stress this enough – absolutely SUCKS.

Every day feels like walking around in wet socks with a finger-tip paper-cut and eventually noticing your fly has been down for god knows how long. Oh, and when you look down to quickly fix it, you stub your toe.

Seriously, what an impressively horrible year. I have to try to remind myself to stay optimistic on the daily. All of us should strive to promote equality and better our community, as well as to put a smile on someone’s face. I think more than every, little gestures don’t go unnoticed. Maybe that’s just ignorant hope.

I do want to thank the NBA, though. Those athletes have been excellent role models. They continue to motivate change and stand up for what’s right. The work they’ve done has at least shined some light on the darkness.

•   Let’s stay on the topic of perfect role models. Yesterday, we learned actor Chadwick Boseman passed away from colon cancer at 43-years-old. Boseman fought for his life for four years, and the news never made it past his immediate family. From Black Panther to 42 to Marshall, he leaves behind an outstanding and important catalog – one that will surely be remembered within the sports universe. Over the past several years, Boseman found his way into NBA circles numerous times. He not only served as a Dunk Contest judge in Chicago for All-Star Weekend, but he also served as Wendell Carter Jr.’s inspiration for his popular 2018 NBA Draft outfit. The Bulls big man shared a message on Instagram last night in honor of Boseman.

•   To add to the depressing circumstances, the Portland Trail Blazers’ Cliff Robinson has also passed away.

•   Robinson played 18 years in the NBA, and he helped the Trail Blazers to two NBA Finals appearances – one of which came against Jordan’s Bulls. The man played a lot of basketball and lived a lot of life in his 53 years, which included a legendary Survivor appearance (where he tried to pretend he wasn’t a famous basketball player and was totally figured out), a trip to North Korea with Dennis Rodman, and a Cannabis business. He also allowed Jordan to hit his sixth 3-pointer of the first half so the GOAT could provide us with his famous shrug, how kind.

•   Robinson left behind quite the legacy, and his talent as a basketball player should never go unrecognized. A former All-Star, Sixth Man of the Year, and two-time All-Defensive Second Team member, Robinson helped lay the groundwork for today’s modern big man. In the early 90s, he proved to be far more athletic than your average 6’10” player. The video shared above does a great job of displaying that versatile skill set, and it also makes you ask: what if he played today?

•   Sam Smith of Bulls.com dives a bit deeper into the 2020 draft in his latest mailbag. Toward the beginning, he talks about Onyeka Okongwu, who has yet to really land on the Bulls radar (at least, according to most mock drafts). Okongwu is a one-and-done USC standout who holds plenty of upside. Expected to go somewhere in the top-5 by many analysts, much-like Wendell Carter Jr., Okongwu is your more modern, undersized NBA big. The problem for the Bulls is they already have that untraditional center as one of their (potential) cornerstone pieces. If the Bulls were to draft Okongwu, they would probably have to punt on Carter Jr. since it’s pretty unlikely the two could coexist in a starting lineup together.

•   Now, a case could be made for Okongwu over Carter Jr., though.  The guy possesses a level of physicality the Bulls lack, and he seems far more like a potential Bam Adebayo than he does a Carter Jr. (for what it’s worth, NBADraft.com compares him to John Collins or Montrezl Harrell … for Bulls fans, I’d say he’s a more nimble and elusive Taj Gibson). With that said, Carter Jr.’s ceiling still feels higher than Okongwu’s. With a much bigger wingspan, a more versatile offensive game, and a lesser reliance on raw instinct, the future looks brighter for Carter Jr. (if he can stay healthy, of course). Remember, though, Arturas Karnisovas is all about drafting the best player available, so if he likes what he sees in Okongwu at No. 4, there will be quite the frontcourt competition at training camp.