Testing My Coaching Patience, Don't Get Too Attached to the Roster, LaMelo's Fit, and Other Bulls Bits Skip to content 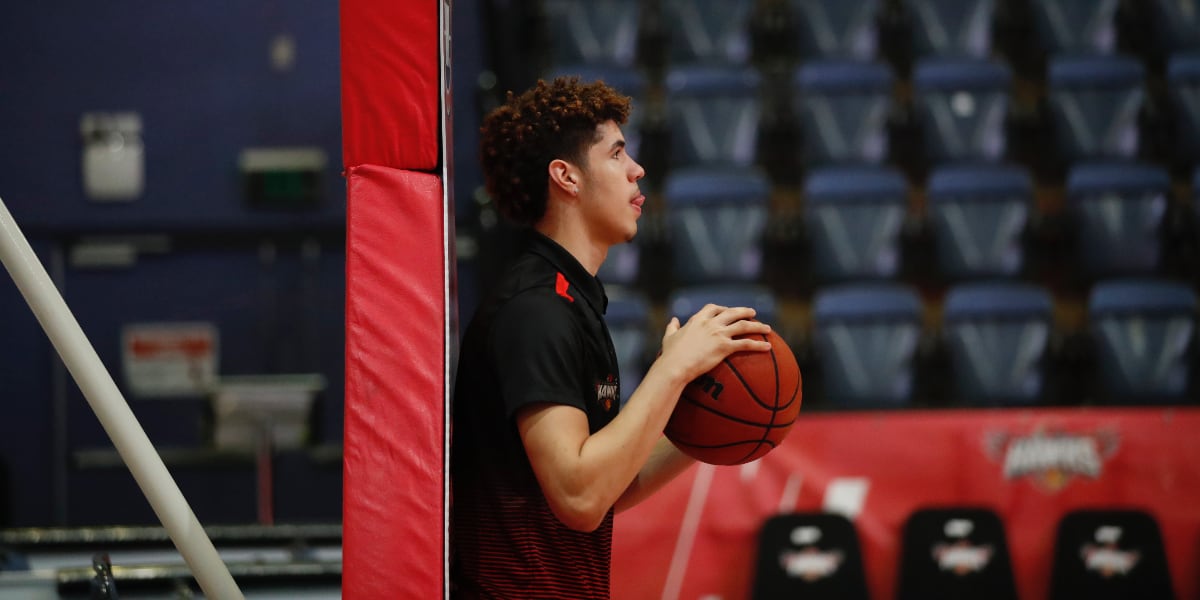 Are you trying to drive? Will you go for the fade away? Step-back? I think immediately when the ball is checked, I’m just chucking up a 3-pointer. I’d go straight for the backboard and try to bank it in.

•   Waiting for an organization to hire a new head coach is far more enjoyable than waiting for that organization to fire one – but I’m still on the verge of going all Veruca Salt on the Bulls. I want a coach. I want a new coach. I want a play-caller who understand ballers and isn’t top-dollar. Give it to me now. Unfortunately, I expect the process to stretch on for a while, especially with future NBA calendar dates subject to change (the draft and beginning of next season will likely be pushed further back). I still think it would be wise to name the new head coach before the voluntary group workouts that are scheduled to begin in a little over two weeks. However, admittedly, it’s not worth speeding up the process just to satisfy that timeline. As much as I want the new head coach sooner than later (mostly because I’m impatient), I’d be satisfied with some more updates. Since the Bulls initial list surfaced upon Jim Boylen’s departure, we have to yet to hear whether (1) interviews have started or (2) new names have entered the mix.

•   NBC Sports Chicago’s K.C. Johnson didn’t have a lot to offer on the coaching search front in his latest mailbag, but the vibe seems to be that the Bulls will not look too seriously at any of the veteran options now on the market (Alvin Gentry, Brett Brown, and Nate McMillian).

Bulls mailbag: What will drive coaching hire? Trade out of No. 4 pick? | NBC Sports Chicago https://t.co/5d8gAmqZiC

•   Johnson also reiterated the fact that the 2020-21 season will, most likely, be one that influences change: “My sense is that the new regime wants to figure out why this roster has underachieved and then reconstruct it in their own image moving forward. Think more athleticism. Think more two-way players. I think they use this season to gauge who fits and who doesn’t and then work towards shaping the roster with those they determine worth keeping, plus additions through future drafts and free agency.” I’ve said it before, and I’ll say it again, we shouldn’t get too attached to anyone on this roster. Throughout this season, Karnisovas and Eversley will decide who fits Chicago’s plan and who fits better on the trade block.

•   Karnisovas has made it very clear that everything will be on the table come draft night, but Johnson seems to believe the Bulls are best suited to sit at No. 4: “The Nuggets used this practice when Karnišovas worked there. That said, I don’t think this draft stands out enough to do that. The Bulls don’t need a lot more young assets. They need starpower and talent. You can probably serve that need better by staying at No. 4 and hoping you hit on the pick.” I totally understand this opinion, and it could very well end up being their best option. However, I’d argue that this draft is a prime example of when a team should consider trading down. The talent at the top isn’t nearly as strong as in previous seasons. And while the highest-rated prospects in the 2020 draft class may have the highest ceiling, they also have decently big bust potential. A case could be made that the available options at, say, No. 8 aren’t all that far off from No. 4. I wouldn’t trade to the end of the lottery, but if a team in the No. 5-10 range will give some extra assets and their pick, I’d listen.

•   On the other end of the spectrum, there is the idea of drafting a big-time name like LaMelo Ball. Any team that adds Ball to the roster will immediately have extra eyes on their franchise (always a plus). Not only is he the most well-known name in this draft, but he is arguably the draft’s best playmaker … and it’s just a simple fact that the Bulls desperately need help in that category. With that said, he’s a polarizing talent that – at the moment – I don’t think a team should go out of their way for (we’ll dig deeper into him sometime soon) Anyway, Sam Smith of Bulls.com talked more about Ball’s potential fit in Chicago.

•   Jamal Murray has been going OFF in the bubble, and all I can think about is how Coby White would frequently be compared to him in the pre-draft process. Sounds good to me!

Don't you dare tell athletes to stick to sports. Never ever. (via @ESPN) pic.twitter.com/7WwC8KIsW6