Searching for a First-Time Head Coach, Best Player Available Theory, Butler Goes Off, and Other Bulls Bits Skip to content 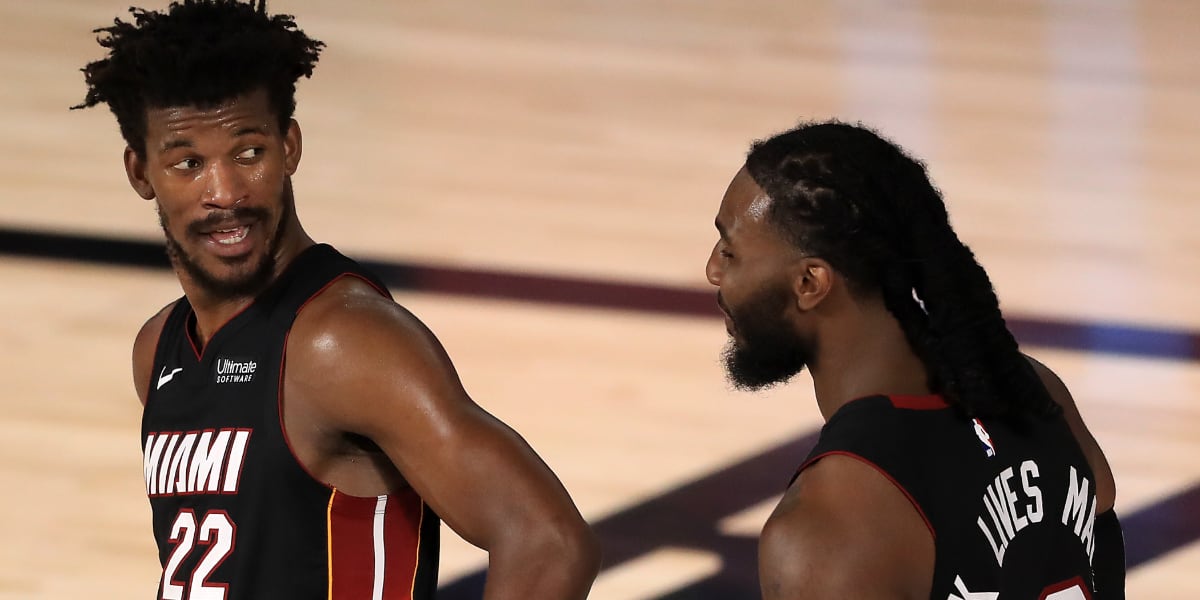 September is such a tease. Just give me October.

•   Last night, ESPN gave us our first major update on the Chicago Bulls coaching search since the initial list of candidates dropped on August 14th. According to Adrian Wojnarowski, the interviews are “well underway” and the organization has added several names to the interview list. For more details, make sure to check out our post from last night:

REPORT: Bulls Head Coach Interviews Are “Well Underway” … and There Are New Names on the Listhttps://t.co/BZGrulR5Q6

•   The only former head coach on the Bulls list continues to be Kenny Atkinson (whom we wrote a lot about yesterday), which only reaffirms the fact that Arturas Karnisovas and Marc Eversley are likely more interested in a first-time head coach. Not only should this offer the entirely fresh perspective for which the organization clearly longs, but this should give the Bulls the pick of the litter. While I wouldn’t rule out the idea of a couple of former head coaches receiving an interview, the Bulls seem to be the only organization not currently expressing strong interest in guys like Tyronn Lue or Jason Kidd. The more time they put into evaluating/interviewing these high-level assistants now, the more likely they are to land the top one (*cough* Ime Udoka *cough*).

•   Let’s remember how important it is that Karnisovas has decided to cast a wide net. Sure, one objective is to possibly find a diamond in the rough, but the larger (and arguably even more beneficial) point is to gather intel. Karnisovas has made it very clear that he was hired to “effect change,” and this interview process is yet another way to accomplish that. The Bulls didn’t use any kind of in-depth process to hire their last two head coaches … and we all know how that turned out. The fact that the new front office is filled with personnel allows for the organization to draw from multiple practices around the league (Karnisovas and Pat Connelly are from Denver, Eversley is from Philly, and J.J. Polk is from New Orleans). Each assistant who is interviewed can offer similar insight from their own respective corner of the league. The front office can then take the pros/cons, and use that information to refine their coaching search. Remember, while both Karnisovas and Eversley have been high-ranking executives, this is a promotion for both. The more information they can gather when it comes to decision-making, the better.

•   [cartoonishly rubs eyes before they pop out of skull] Did someone just compare Obi Toppin to Dominique Wilkins?

“Imagine ’Nique with better range. That’s Toppin.”@SamSmithHoops reacts to your draft takes in his mailbag presented by @ATT.

•   Here’s one point Sam Smith made in his latest mailbag worth highlighting: “There’s a huge flaw, by the way, when executives say they’ll take the best talent available. They should qualify that with whom they think will be the best talent.” I’ve tried to make this point before, but it’s a bit difficult to get across. The whole “best player available” thing isn’t objective – especially in this draft. We occasionally have a consensus on the first several picks (like last season with Williamson, Morant, and Barrett); however, the evaluation of most talent in the draft is rarely agreed upon. When organizations say they’re going to take the “best player available,” they’re basically just letting everyone know they aren’t afraid to create some positional competition. In the 2020 NBA Draft, specifically, draft boards are going to be all over the place. In my opinion, that is just another reason why Karnisovas should pick up every phone call that comes across his desk (and I’m sure he will). Someone might value a player way more or less than the Bulls, which creates opportunity.

•   Last night, Butler single-handedly took down the Milwaukee Bucks. He scored a playoff career-high 40 points – 15 of which came in the 4th quarter. When Butler goes off, as a Bulls fan, frustration is existent … yet brief. A case could be made that the Bulls should have built around Butler. A case could also be made that the two needed to separate. After all, Butler had two more stops before he ended up in Miami – the perfect situation. Meanwhile, the Bulls fell into a depressing rebuild that finally forced a front-office change. Both sides got what they needed.

•   Big fan of the 76ers getting made fun of instead of the Bulls.

Jimmy Butler is a championship-caliber player. I can't believe the Sixers let him go so easily. Unforgivable mistake.