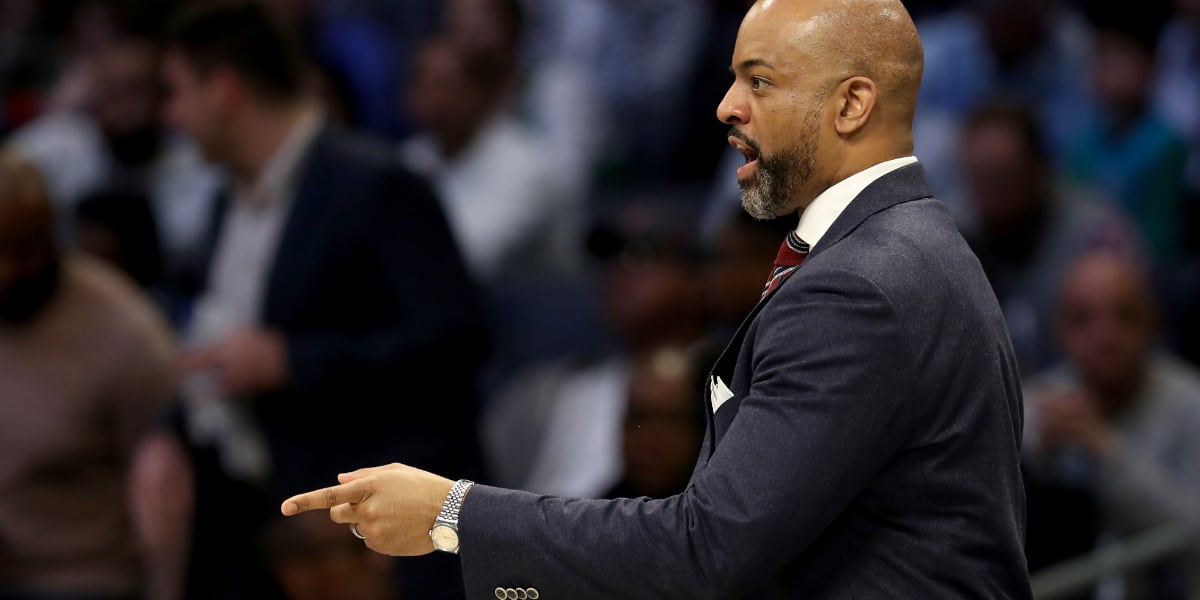 Fittingly, he got his coaching start in the Wizards organization in 2005 under his father, who was the GM at the time. He reportedly spent eight years in a scouting role before making the jump to assistant coach in 2004. Then, in 2011, he left the organization to work as an assistant for the Golden State Warriors for one season.

Before landing with his current franchise, the Denver Nuggets, Unseld Jr. made one more stop in Orlando, where he worked for a couple of seasons. Close friend and current president of basketball operations for the Nuggets was the one to hire Unseld Jr. to the Nuggets coaching staff in 2015. As Mike Malone’s current lead assistant, he has helped the Nuggets go from a 33-win unit to Western Conference contenders.

When he arrived in Denver, Unseld Jr. became the team’s “defensive coordinator,” and has held that role ever since. Slowly but surely he helped improve results on that side of the ball, transforming the Nuggets from the 29th-ranked defense in 2016-17 to the 10th-ranked defense in 2018-19. Over this past season, the group took a bit of a step backward in that category, finishing 16th.

When it comes to Unseld Jr., Chicago’s stove is the hottest.

As part of the Nuggets organization during the bulk of Arturas Karnisovas’ time as general manager, it was no surprise to see Unseld Jr. immediately on the potential candidates list that dropped on August 14th (that isn’t to say his experience isn’t reason enough to consider him). We’ve already seen Karnisovas bring scout Pat Connelly over with him to the Bulls front office since his hiring, so it feels very possible that Unseld Jr. could follow. After all, why not go with someone you trust – especially when you’re trying to completely reinvent a franchise?

While I have yet to see Unseld Jr. pop up on any other team’s radar, I have little doubt his name is under consideration behind the scenes. As a guy who started his NBA scouting/coaching career immediately after college, he is the epitome of experienced. Not to mention, he grew up surrounded by the league.

Unseld Jr. isn’t the hard-nosed, get in your face head coach. Instead, as ESPN describes him, he’s known for his “combination of steadiness, smarts, and empathy”

He not only understands what a good culture looks like, but he’s proven he can gradually improve the team around him. If the Bulls were to hire him, there would be an immediate newfound professionalism to this young roster. Exactly what identity the Bulls would hold on the court is up for grabs, but considering he has experience leading both the offensive (what he did up until joining the Nuggets) and defensive side of the ball, Karnisovas has options.

The more important question is how will he fare on the player development side? He may not come with the same praise as someone like Kenny Atkinson, but the work he’s done with the Nuggets young talent speaks for itself. Nikola Jokic, Jamal Murray, Michael Porter Jr., and several other young players have shown great improvement, and as the lead assistant head coach, he deserves a handful of the credit for their growth.

What the Bulls would get in Unseld Jr. is a grounding force for such an up-and-down young team, and there is no doubt they could use just that.

“He’s a basketball coach,” Connelly said. “He’s certainly a guy you wouldn’t typecast. Here, Mo gives him a lot of responsibility. On the defensive side of the ball he has done a great job but he’s just a basketball coach and a very good one. He’ll make a heck of a head coach.”