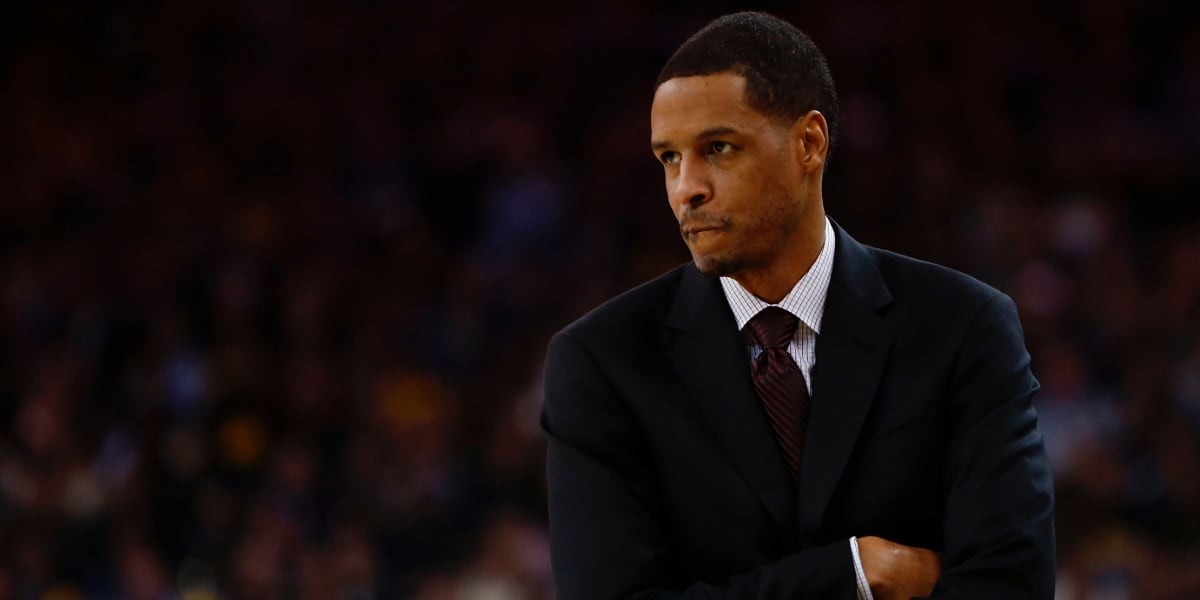 Stephen Silas has paid his dues.

The son of longtime NBA player and head coach Paul Silas, Stephen has been a part of the NBA community for the majority of his life. His first professional opportunity arose in 1999 when he joined Charlotte as a scout. In the blink of an eye, he was promoted to the coaching staff, where he became the league’s youngest assistant at just 27-years-old, according to his biography on the Mavericks website.

From 2003-2010, he hopped from the Cleveland Cavaliers to the Washington Wizards and then Golden State Warriors (where he spent the bulk of the time, 2005-2006 to 2009-2010). His second stint as an assistant with the Hornets organization began immediately after leaving the Warriors. In 2017, Silas became an associate head coach, but he left the organization shortly after joining the Dallas Mavericks.

Over the past two seasons, he has served as the Mavericks offensive coordinator. After struggling in 2018-19 as the 20th-ranked offense, the team took a big step forward and finished No. 1 this season.

In the past, Silas has interviewed for head coaching jobs in Atlanta, Charlotte, and Houston. He has also served as a Summer League head coach several times, and as a coach in numerous global NBA event.

To put it simply, the guy is experienced as hell.

The Chicago Bulls seem to be the most connected to Silas this offseason. With that said, as someone who has received multiple head coach interviews in the past, we shouldn’t be surprised if news dropped that another organization has him under consideration.

While his connection to Chicago may not be as juicy as Wes Unseld Jr. or Ime Udoka (two high-ranking assistants who have prior relationships with Arturas Karnisovas and Marc Eversley), there is no reason he can’t be a strong contender for the job. In fact, according to Sports Illustrated’s Chris Mannix, Silas is one of the better options on the market: “I think Steve Silas is a strong candidate, the assistant coach with the Dallas Mavericks, he has been a head coaching candidate before, and has a really strong reputation for player development.”

When you work in the NBA for over two decades, there isn’t much you don’t know how to do. For good reason, Silas has been a head coaching candidate numerous times in the past, and it’s only a matter of time before he gets a chance at a top gig.

When it comes to the Bulls job, Silas checks arguably the two most important boxes – player development and offensive knowledge. As someone who has worked with many young players in the past (remember, he got those Summer League head coaching gigs for a reason), including a young LeBron James and Stephen Curry, Silas should fit right in with this Bulls roster. Much like the Brad Stevens type, he is someone who knows how to get his point across in a calm, collected manner.

Silas ability to connect with talent simply stems from a shared love for the game. There isn’t an area on the court that Silas doesn’t feel comfortable taking charge, which could prove invaluable to a team like Chicago. With each player at a different stage of their development, Silas could be the perfect guy to help pinpoint exactly what’s needed to steer them in the right direction.

“You’re always thinking about your guys,” Silas told SBNation in 2017. “Every guy is completely different. You can’t approach it the same way. Some guys are better learners on the floor. Some guys need 20 clips, they want to see everything. Some guys want 10 of their good and 10 of their bad.”

Anyway, do I even need to comment further on the offensive knowledge? The Bulls were 29th in the league and Silas’ Mavs were 1st. I’ll leave it at that.

“When you do have a coach who cares about you and really likes to develop players and make people better that’s huge. You don’t always find that in the NBA. People always talk about how hard players work and stuff like that. At the end of the day, they never get a day off. He’s always texting me, ‘What time do you want to go tomorrow?’ Even when I’m late, he’s there. It’s great having a coach that believes in you but also pushes you.”

“There isn’t much in the NBA that I haven’t done.”

– Silas to SBNation (I really recommend reading that SBNation piece if you want a better feel for who Silas is as a person, by the way).