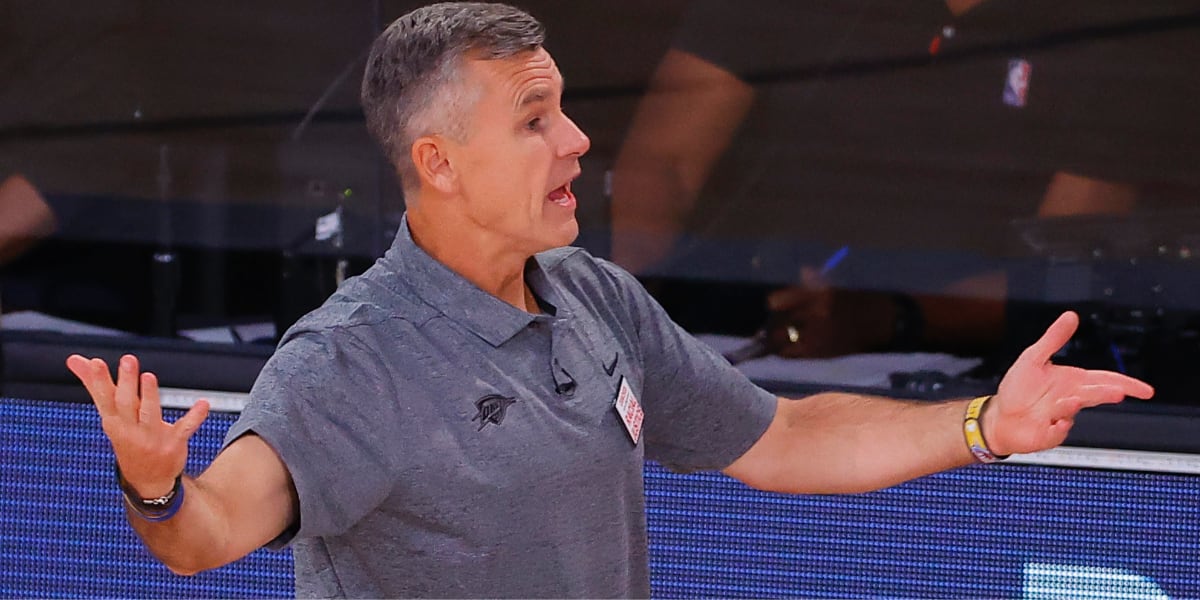 ESPN Sources: Oklahoma City coach Billy Donovan won’t be returning to the Thunder next season. Donovan’s contract expired at season’s end and the sides have decided against pursuing an extension.

The decision comes only a couple of days after the Thunder lost their first-round matchup with the Houston Rockets in a series that went seven games. The team finished the season as the 5th seed in the Western Conference with a record of 44-28. Considering many would say the team overachieved after the departure of Russell Westbrook and Paul George this offseason, the decision feels somewhat surprising. However, if we look past the surface, a separation does make at least some sense.

Despite a solid roster with Chris Paul at the helm, the team we saw this season is not the plan moving forward. The organization grabbed an incredible number of assets after trading both Westbrook and George, and a full rebuild is on the horizon.

According to Woj, this served as the main reason the two sides decided to call it a quits.

The reality of Oklahoma City’s eventual transition toward a rebuild made it a challenge for the two sides to find a way to continue forward together, sources said. https://t.co/gKRsM7jYle

With reduced league revenues amid pandemic, there remains uncertainty on how long the Thunder might continue with key veterans in place before changing course on playoff contention. The timetable on so many plans in the NBA remain fuzzy. This was an extremely amicable parting. https://t.co/jUHQ2kiuEo

As co-winner of the NBA Coaches Association’s Coach of the Year Award this season, there is no doubt Donovan has respect within league circles. He should immediately be considered in the top tier of coaching candidates on the market, and chances are it’s only a matter of time before he gets a couple interviews.

The question now is, will one of those interviews come from the Bulls?

Well, just as I was writing this … Woj dropped some VERY interesting news:

The Chicago Bulls are expected to have an interest in considering Donovan for the franchise’s head coaching job, sources tell ESPN. The Bulls are just completing a first-round of interviews with several candidates. https://t.co/jUHQ2kiuEo

If Donovan wasn’t sure about the hazy future in OKC, it’d be a bit surprising if he was all-in on the Bulls situation. However, as Arturas Karnisovas has said in the past, there is no plan to fully rebuild this Bulls team. Perhaps he could give Donovan a much clearer image of the Bulls path, one that would make him comfortable enough to take the head coach chair.

I still think there is value to a first-time head coach for this organization, and that remains the bulk of the names on the candidate list, but Donovan is a level-headed coach who could bring a level of professionalism to an organization that has lacked it for the past several seasons. On top of that, his past experience as a standout college head coach has him well-equipped in the player development department. He’s a coach who knows what it takes to work successful with young talent, and we all know that’s arguably the most important quality Karnisovas is looking for in this coaching search.

Anyway, this should be particularly interesting to follow, especially since The Athletic’s Sam Amick already has him tied to the 76ers, as well. Chicago has reportedly just finished first-round interviews with a handful of candidates, so the fact that they hopped on Donovan this quickly means they’re legitimately very interested. Let’s see what happens.