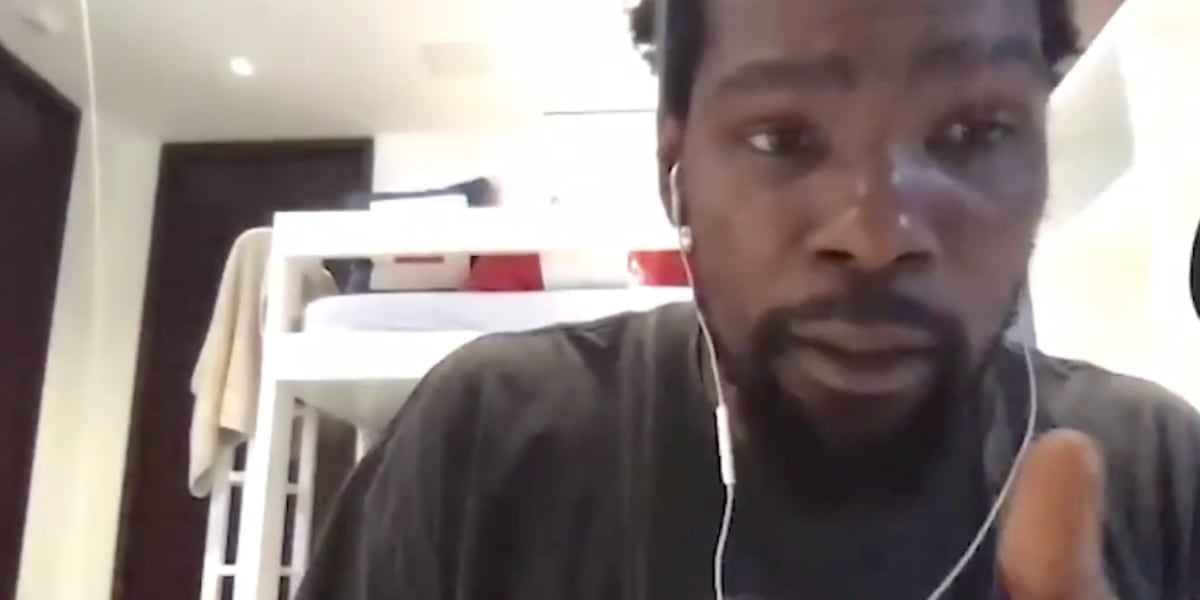 Zach LaVine has become one of the more polarizing talents in the NBA. Some see the 25-year-old as an All-Star; others see him as a dunker. Some believe he can’t lead a winning team; others believe he has just been dealt a bad hand. Well, to those who fall on the pessimistic side of the ledger, I want you to know that Kevin Durant doesn’t agree with you. In fact, the 2x Finals MVP believes LaVine has superstar potential.

Those are his words, not mine:

When asked on The Old Man and The Three Podcast to name a couple of his favorite young players in the league, Durant threw LaVine into the conversation along with Charlotte Hornets guard Devonte Graham and Dallas Mavericks forward Kristaps Prozingis: “Those three guys, dudes I’ve been following throughout the year and really been trying to watch their progression, because they’re going to be some forces going forward.”

Durant didn’t necessarily elaborate on why he views LaVine as one of the league’s next big things, but perhaps he felt the recent play spoke for itself. Despite falling short of an All-Star nod this season, LaVine was one of the best bucket-getters on either side of the Mississippi [spits into spittoon for effect]. He averaged 25.5 points per game on 45 percent shooting from the field and 38 percent from downtown. Bulls fans loved to see it.

Grabbing the “superstar potential” badge from Durant is truly no small feat. After all, game recognizes game, and he’s a guy who has played the best game in the world at times in his career. This Durant comment is even more interesting, though, when we factor in some of the rumors that swirled earlier this offseason.

In July, SNY’s Ian Begley reported that both the Knicks and Nets were “monitoring” LaVine’s situation in Chicago. With speculation that the head coach who shall not be named could stick around longer than expected, some saw a world where LaVine could demand a trade. I know we all thought this was a bit silly at the time – you know, considering it’s every organization’s job to “monitor” most players – but maybe Durant encouraged the Nets to give LaVine a closer look. We all know he has a big say behind the scenes (just look at the Steve Nash hiring).

Anyway, it’s just somewhat reassuring that one of the best players in the NBA predicts a bright future for LaVine. I still doubt he becomes the true No. 1 the Bulls need, but he could still very well be a fundamental building block moving forward.