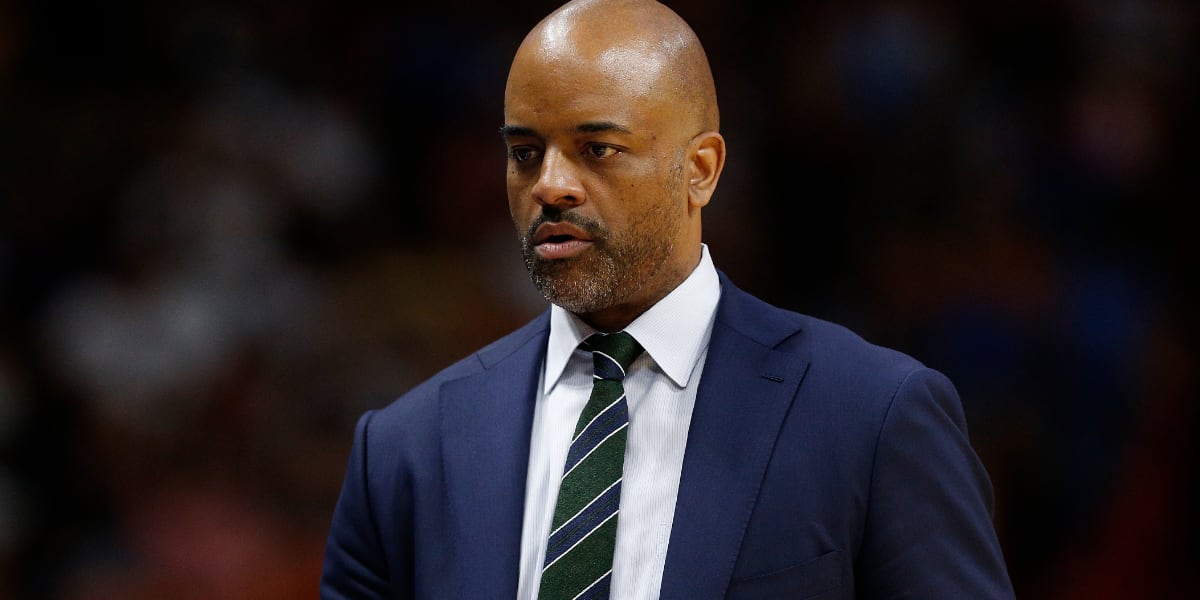 Do we have a new front-runner for the Bulls head coach vacancy?

Shortly after the Denver Nuggets booked their ticket to the Western Conference Finals last night with a win over the Los Angeles Clippers (which … shocking), ESPN’s Adrian Wojnarowski sent out quite the interesting tweet.

Denver assistant Wes Unseld Jr., — architect of Nuggets defense in incredible comeback vs. LAC — made an even stronger case for Bulls’ job. Chicago’s EVP Arturas Karnisovas already thought highly of him, working with Unseld in Denver. Malone: “Wes Unseld should be a head coach.”

While we’ve known for quite some time that Wes Unseld Jr. was a candidate for the Bulls head coach position, this seemingly simple Woj reminder shouldn’t go unnoticed. After all, rarely does the man tweet without knowing something we don’t. And, therefore, it feels likely he just dropped a major hint about who could be considered the organization’s front-runner.

If Karnisovas were to hire Unseld Jr., he would be the second member of the Denver Nuggets to join Karnisovas in Chicago (expert scout Pat Connelly also came to the Bulls and will now serve as the franchise’s VP of Player Personnel). With that said, their prior work relationship isn’t the main reason the Karnisovas and Unseld may pair up again in Chicago. The work we’ve seen recently from Unseld Jr. as the Nuggets lead assistant speaks for itself.

In charge of the team’s defense, Unseld Jr. just kept the Los Angeles Clippers under 100 points for the second-straight must-win game in a row (the 89 points scored in last night’s game marked a season-low for the Clippers). Additionally, we saw the Nuggets hold the Utah Jazz to a mere 78 points in Game 7 of the first round. The Nuggets defense hasn’t necessarily proven to be consistently elite – as they’re a more offensively gifted team, to begin with – but Unseld Jr. has encouraged them to play that way when it has mattered most.

As a reminder, though, Unseld Jr. shouldn’t solely be considered a “defensive-minded” coach. The guy has worked on both sides of the basketball throughout his career and has also received praise for his player development chops.

To put it simply, Nuggets head coach Mike Malone and President of basketball operations Tim Connelly wouldn’t say Unseld Jr. has what it takes to be a head coach if they didn’t (1) mean it and (2) think he’s a great individual who deserves it.

Also, thinking of the impact the #Nuggets run might have on the coaching staff w/so many openings in the NBA. Wes Unseld has had interviews in the past. Team POBO Tim Connelly said on @jimrome that Unseld “is going to be a rockstar head coach when someone smart enough hires him.”

Also, if Unseld Jr. does happen to be the guy the Bulls want, it makes sense we haven’t heard a decision just yet. He and Miami’s Dan Craig are the only two assistants still in the bubble hard at work. Chances are, an announcement wouldn’t come until Unseld Jr. is out of Orlando, so the longer we go without some news, the more reason we have to believe it Unseld Jr. could be the next head coach of the Chicago Bulls.

For more on the Bulls coaching candidate, check out our profile here.