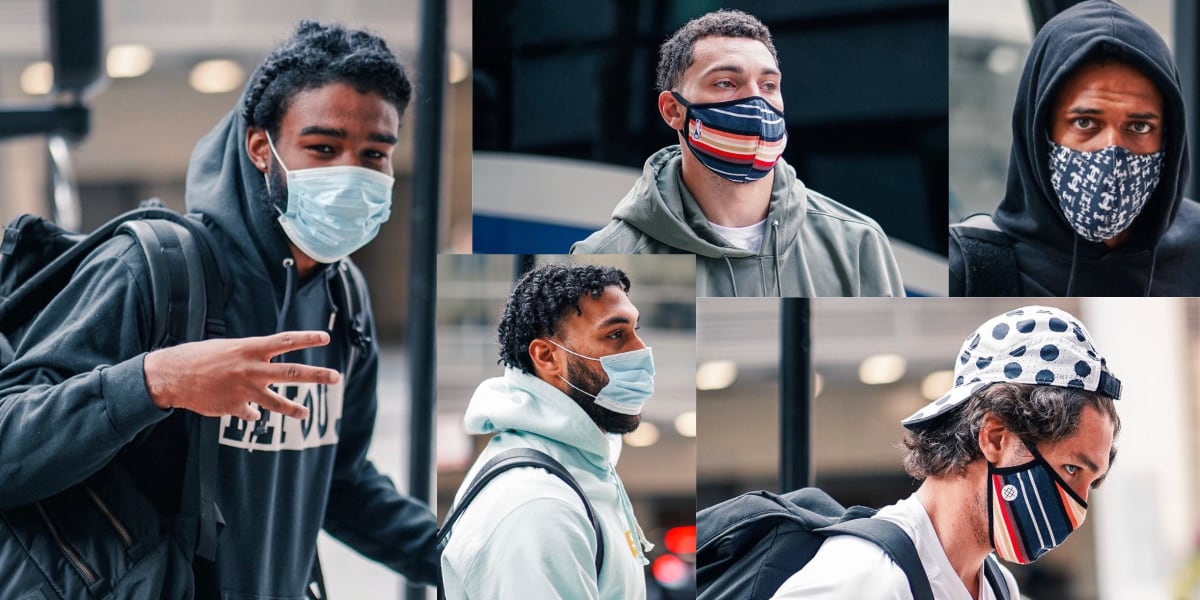 Today is National Voter Registration Day, which means you have to register or else a ghost that sings show tunes will haunt you for years to come. I don’t make the rules.

Go here and the Bulls will help you out.

•    Updates have been limited, but I think I finally understand what’s going on with this in-market bubble. The Bulls aren’t following the initially expected timeline, which had testing start on September 14th and the group workouts start on September 21st. Instead, the team started their isolation period yesterday at a hotel downtown and will begin workouts later this week. According to an Instagram post by the team, we can confirm that the following names are in attendance: Zach LaVine, Coby White, Wendell Carter Jr., Daniel Gafford, Cristiano Felicio, Ryan Arcidiacono, Shaquille Harrison, and Denzel Valentine.

•   While they weren’t pictured, we should expect most remaining roster members to also be in attendance (Lauri Markkanen, Otto Porter, Tomas Satoransky, Thaddeus Young, Chandler Hutchison, and Luke Kornet). In fact, the only player we’ve heard will NOT join the team for the next couple of weeks will be Kris Dunn. NBC Sports Chicago’s K.C. Johnson broke the news yesterday, and the announcement wasn’t all that surprising. Dunn will be a free agent this offseason and is coming off a season-ending knee injury. Despite reportedly being fully healthy, he most likely doesn’t want to risk further injury and, instead, let his impressive defensive performance from this season speak for itself. Smart move.

•   For more on Dunn’s decision and why fellow free-agents Denzel Valentine and Shaquille Harrison have decided not to follow suit, read our post from Monday.

Dunn Reportedly Opts Out of In-Market Bubble with Free Agency Looming, But What About Valentine and Harrison?https://t.co/k4a1EtAXBm

•   The Bulls seem to be in a pretty comfortable environment for their 36-hour individual quarantine. Also, nice hat, Archie.

•   Welp, I guess I have to start watching NASCAR.

Michael Jordan and Denny Hamlin will start a new NASCAR Cup Series team for the 2021 season.

Bubba Wallace has signed a multi-year deal as the team's first racer. pic.twitter.com/I2PNbvkqje

•   In all seriousness, big round of applause to Michael Jordan and Denny Hamlin for starting this up. NASCAR has lacked diversity across the board since its inception, and Jordan will now be the first black majority owner of a cup series team in 50 years. Bubba Wallace – the sports’ only full-time back driver – will join Jordan as the team’s driver. In a statement released yesterday, Jordan expressed his NASCAR fandom and further explained why he made the decision: “Historically, NASCAR has struggled with diversity and there have been few Black owners. The timing seemed perfect as NASCAR is evolving and embracing social change more and more. In addition to the recent commitment and donations I have made to combat systemic racism, I see this as a chance to educate a new audience and open more opportunities for Black people in racing.” Check out the full statement here.

•   Have I ever told you how much I love Coby White? Yes? Good. The Bulls soon-to-be second-year player partnered with Bulls sponsor Zenni to give 3,000 pairs of glasses to kids in the Chicago Park District after school program. Additionally, he donated 600 pairs to his middle school back in North Carolina. Just a good player doing good things.

•   The head coach search is close to the finish line.