What Donovan Can Do Without a True Superstar, Noah's Future, White's Scoring Abilities, and Other Bulls Bits | Bleacher Nation Skip to content 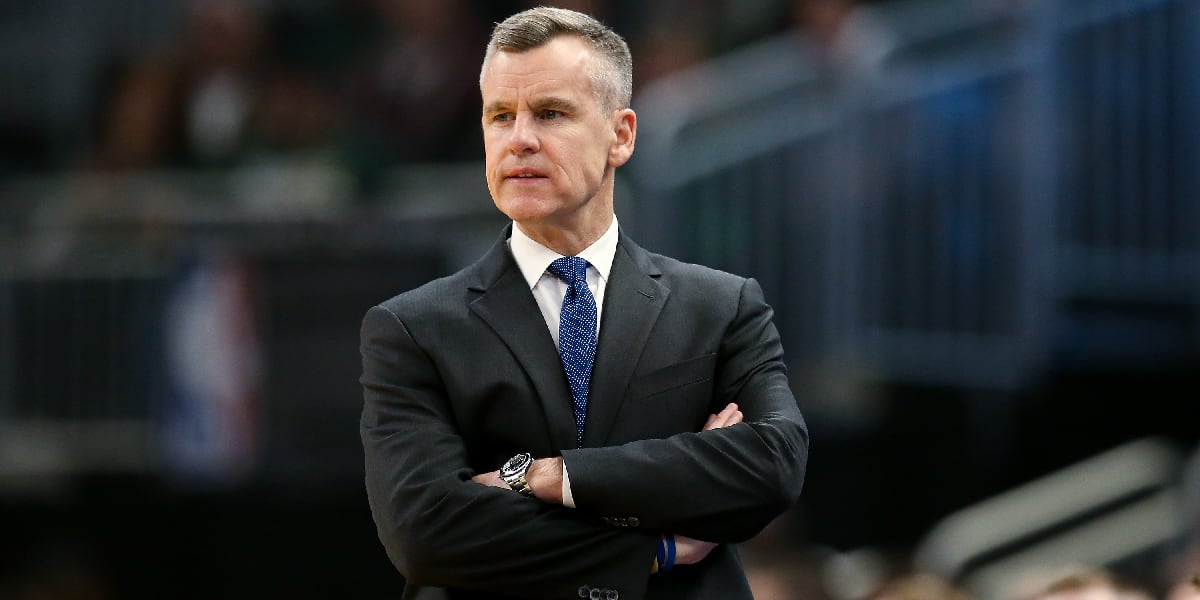 •   Billy Donovan doesn’t come with a lot of baggage. In fact, he might as well not even have a carry-on. The guy has a polished record and proven philosophy. He’s found a way to win each stop in his coaching career, and as long as you can do that, there isn’t a whole lot for people to complain about. Bulls fans, especially, should be void of criticism until at least the start of next season. Donovan is arguably the best and most professional hire Chicago could’ve got this offseason, and that’s a huge change of pace when it comes to what we have grown accustomed to. With that said … it’s not as if we aren’t allowed to have questions.

•   I’m very curious to see how well Donovan can improve this Bulls offense. The fact of the matter is, he has had at least one superstar on his roster each season in Oklahoma City. An offensive system is just easier to run when Kevin Durant, Russell Westbrook, Paul George, or Chris Paul can be on the floor. When in doubt, you can call their number. In Donovan’s five seasons with the Thunder, the team did have a top-10 offense twice (2015-16 and 2017-18), but the other three seasons proved pretty mediocre. While he doesn’t need to be an offensive wizard to make this team look better than they did last season (pretty sure a cardboard cutout could do that), the Bulls young core is mostly praised for its offensive upside and we should expect a much-improved offense next season.

•   At the end of the day, though, I’m not too worried. I think it could take some time for Donovan to feel things out, but he has proven he can implement a good enough offense time and again. Not to mention, he was known for running one of the better offensive systems in the NCAA at Florida. The Athletic’s Darnell Mayberry spoke with former Florida assistant and current Texas Longhorns head coach Shaka Smart about Donovan, and he had nothing but positive things to say about his work on the offensive side of the ball: “He’s got a great, great offensive mind. His mind is always working around spacing and concepts on offense. He’s really, really good at creating perfect spacing for his teams and putting the right players in positions to succeed in pick and roll and isolations with movement.” Focus on those two things in today’s league, and you’ll be in good shape.

•   For more on why the hell Donovan actually chose to coach the Bulls (a question we all had), check out our post from yesterday.

•   I love listening to a competent head coach.

Whether it’s on or off court, Joakim Noah in Chicago would be fun. https://t.co/IUOi1ENdpB

Zach on playing with Coby: “He’s a scoring threat, I think if he’s put in the right position, he could have been an All-NBA First Team Rookie guy. Coby’s a real talent, I’m happy to have him on the team and looking forward to seeing what we can do in that backcourt.” pic.twitter.com/mwNPBBJd94