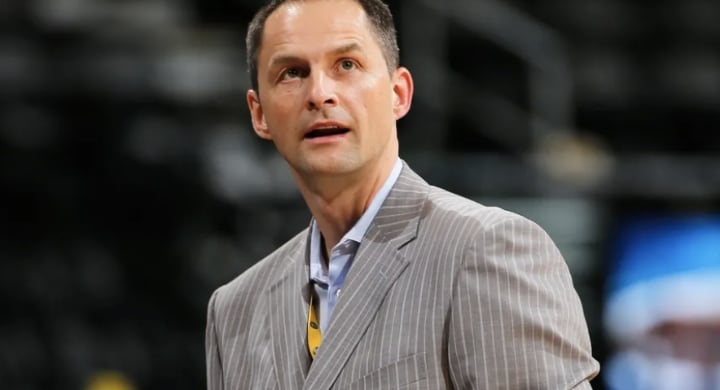 I typed these bullets out while sitting shotgun as my girlfriend drove, which usually leads to some wicked motion sickness. HOWEVA, I made it through with only having the sudden urge to puke once … so I consider that a huge W. Also, if there are any dumb mistakes, blame Siri and autocorrect.

We hired a new head coach.
You all had thoughts and questions.@SamSmithHoops responds in the Billy Donovan edition of his mailbag:

•   Longtime Bulls reporter Sam Smith brought up a solid point about the Billy Donovan hire in his latest mailbag — one that has yet to be strongly discussed. Arturas Karnisovas hired Donovan to help the roster as much as to help himself. “Karnisovas, as I think about it, to come into a new job that he’s never done before to have someone who’s been there, seen that, knows how to respond and has answered all the questions before,” Smith wrote. We all expected the new Bulls front office leader to go with a high-ranking assistant, but Donovan offers far more security and expertise. Unlike Bulls decisions in the past, Karnisovas isn’t looking to go the unconventional route. He’s taken over one of the league’s most renowned franchises in one of the league’s largest markets, and he’ll need all the help he can get. Donovan is someone who has a massively impressive coaching resume. Not only did he tear through the college ranks, but he coached multiple superstars throughout his five years in OKC. The guy simply has knowledge and experience that Karnisovas doesn’t.

•   In many ways, this is why we’ve heard that Karnisovas put such a large focus on the idea of a partnership. He isn’t just trying to convince Donovan to take the job by offering him more of a say, but rather he knows this organization needs Donovan’s input as it tries to flip the script. A high-ranking assistant wouldn’t be able to provide the same proven insight, and Karnisovas doesn’t want the franchise to wait around for a first-time head coach to find his footing. The Bulls have some big things to worry about … it’s finally time one of them isn’t the head coach.

•   I’m very interested to see how Donovan’s staff comes together. Karnisovas clearly values Chris Fleming and Roy Rogers — the Bulls top two lead assistants (he reportedly gave both a HC interview) — but you don’t hire a coach like Donovan only to handcuff him. With how this team has been spending lately, it seems likely that Karnisovas will pursue whichever assistant coaches Donovan wants. I do like Fleming quite a bit for his offensive philosophy (a skill set Boylen didn’t use enough), though, and I wouldn’t mind if the Bulls kept him around.

•   Lakers-Heat or Lakers-Celtics? What do you want?

•   HAPPY BIRTHDAY TO ONE OF THE BEST TEAMMATES A GOAT COULD ASK FOR!