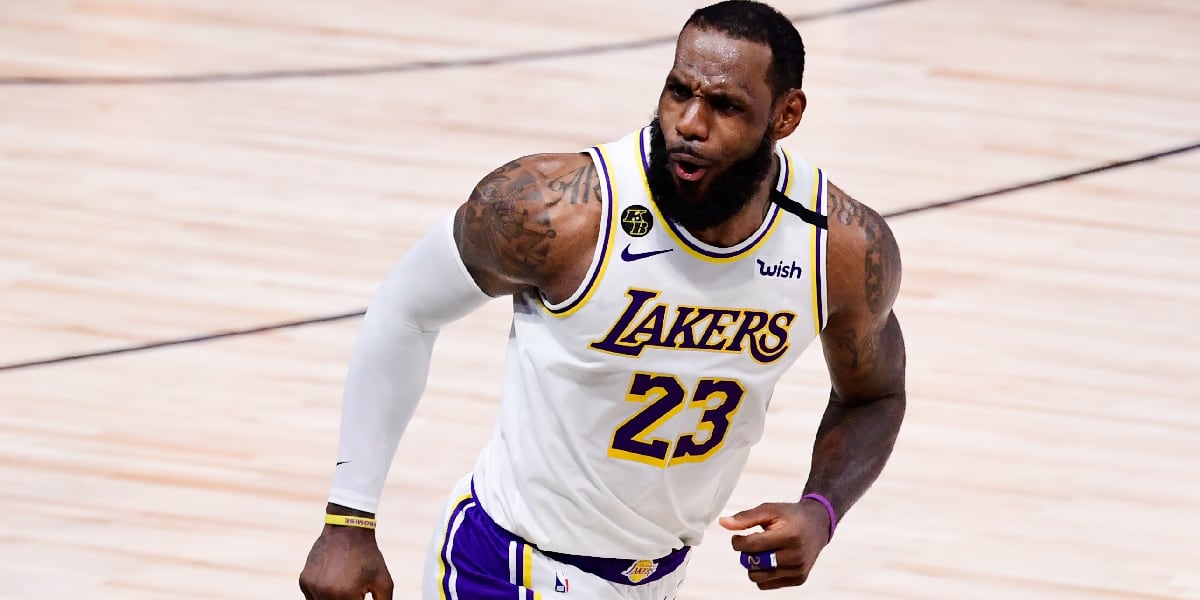 Do you know what today is?

Do you know what that means?

That’s right! You’re so smart. The league is now the Bulls for the taking. Arturas Karnisovas’ reign starts now!!!

•   Time to pop the bubble. With a dominant showing in Game 6 of the NBA Finals, the Los Angeles Lakers tied a bow around one of the wildest seasons in NBA history. I’d be lying if I said I wasn’t hoping for a more entertainingly chaotic ending – one that didn’t crown a rather predictable champion. However, perhaps a somewhat expected outcome is what we needed after an incredibly unexpected 2019-20 campaign. It can be nice for things to feel normal. The real winners of the bubble, though, might as well be Adam Silver and his league office cohorts. The NBA managed to put together one of the most impressive playing environments we’ve ever seen. The NBA had zero COVID-19 scares, and the entire league return went about as smoothly as one could have hoped. In the midst of all that, they also managed to send a strong social justice message, as well as create new NBA initiatives that will work to better communities around the country. All things considered, what we just witnessed was a massive success in a time where failure is all too common.

•   I’ve debated all morning whether or not I should get into the whole LeBron James thing. While the Bulls fan inside of me is ready to put on a Jordan jersey and go to war, I’m not sure it’s worth it. After such a stressful season of NBA basketball, I think I’m going to let James and the Lakers have this one (at least for a full 24 hours). No, I’m not waving the white flag or letting James wear the GOAT title for even a second. Don’t be silly. I just don’t feel like pulling anyone down while they’re up is all that inviting, especially in today’s day and age.

•   With that said, there will be no stopping the GOAT debate from ringing on over the next couple of weeks. I’ll agree that another championship under James’ belt may shorten the gap (I mean, how could it not?), but that doesn’t mean I believe the argument for Jordan has changed all that much. He’s still the clear No. 1 to me, and I think he’ll still be the clear No. 1 for the majority. In other words, I don’t think one more ring for James alongside a top-5 player in Anthony Davis has greatly changed anyone’s mind. Anyway, I said I wouldn’t get into this, so let’s move on.

On LeBron James, Michael Jordan, and history — how the debate is framed, where it stands now after LeBron's 4th title, and where it might go as LeBron rolls along: https://t.co/Lkk1bO3ocQ

•   Real talk: Did you watch Game 6? I know plenty of casual basketball fans who gave up in the first half, and I can’t blame them in the slightest. The Heat looked absolutely gassed and there wasn’t really anything fun about that viewing experience. While I bet the NBA is happy that two superstars earned a ring with one of the league’s most historic franchises, I also bet they weren’t too pleased with that ending. Just a bad game.

•   Poor, Jimmy G Buckets. Only a couple of minutes after the game tipped-off, it became clear Butler wasn’t going to save the day again. His legs were gone, and his energy was low. No one is blaming him after the historic performances he put up in Game 3 and Game 5, though. The fact that he was even able to keep the Heat in the series was amazing, and as the New York Times’ Marc Stein wisely noted, he may have walked out of the bubble as the biggest individual winner. If folks around the NBA didn’t have respect for him before, they most certainly do now (and if they still don’t … they’re dumb).

•   All right, but now it’s time to move on to the important things. How many more weeks until the Chicago Bulls sign Anthony Davis and instantly become title favorites? I kid, I kid (or do I?). What we actually have to do now is immediately turn our focus to next season. The NBA is in unprecedented territory, and this upcoming offseason will be one of the most important in league history. NBA free agency may not be all that juicy, and the draft may be a bit underwhelming, but how the league reconstructs their CBA and salary cap will have effects for years to come. We have many reasons to be invested in the next few months.

•   On top of that, we still have the fact that the Bulls are a whole new franchise! Restructuring the front office is still underway, and as the league figures out what their future looks like, Chicago will do the same. For the hell of it, I’m going to link recent posts that cover some of the upcoming Bulls storylines we can look forward to. Read … or don’t!

⇒ When it Comes to Offseason Trades, No Bulls Are Off the Table
⇒ One Way or Another, the Bulls Can Still Get Plenty of Value Out of a *Healthy* Otto Porter
⇒ Let’s Talk About Coby White Attacking the Rim
⇒ Bulls Continue to Do Their Due Diligence as the NBA Draft Conversations Heat Up
⇒ A Revitalized Lauri Markkanen Wants to be in Chicago for the “Long-term”
⇒ “This is Not a Rebuild:” Bulls GM Marc Eversley Sounds Confident About the Team’s Future
⇒ The Bulls Could be One of the “Most Active Teams in the League” as Karnisovas Reshapes the Roster

•   Wait, did the Lakers even know Quinn Cook was on the team?