Getting Pumped to Watch Some Bulls Scrimmages, Top Offseason Free Agents, Grant for the HOF? And Other Bulls Bullets | Bleacher Nation Skip to content 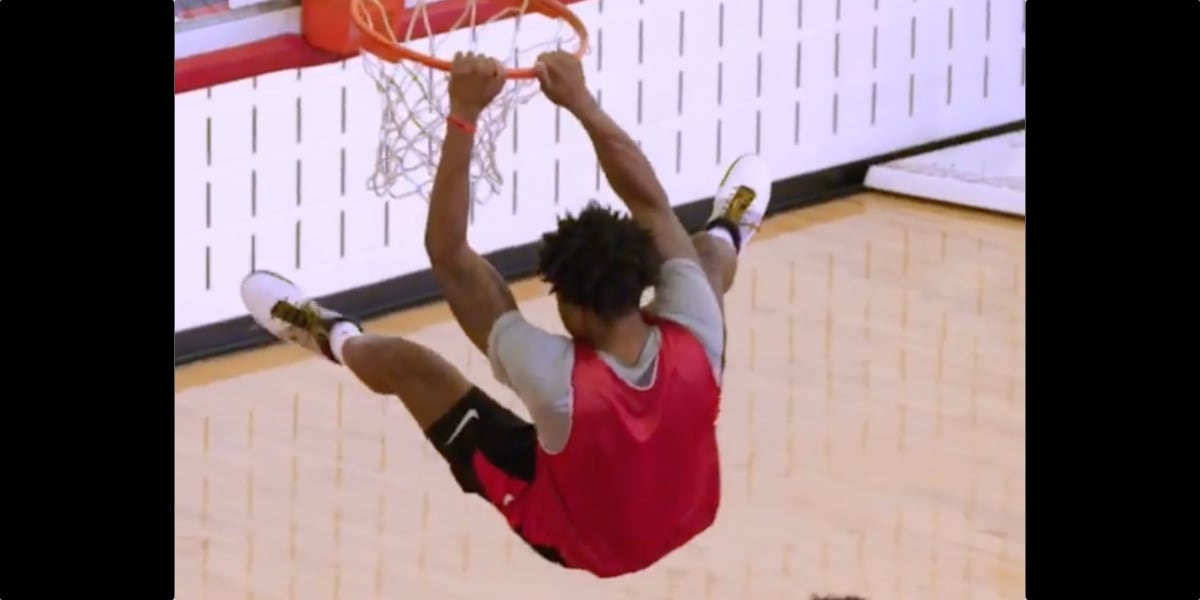 Ugh … I really wish I could just watch some Bulls basketball right about now.

•   *Arturas Karnisovas swoops down in a beautiful red cape and lifts me into his arms* Did somebody say, Bulls basketball!?

•   Considering we haven’t seen any of these guys play in a 5-on-5 game since March 11th, I’ll happily take what I can get. I don’t anticipate being able to draw any specific conclusions from what we’re about to see, but it’ll at least give us a closer look at how some of the guys have held up during this extended offseason. We can also look for some more general, overarching themes, like whether or not Markkanen is on the move, how frequently Coby White is driving to the hoop, and if Zach LaVine is trying to be more involved in the playmaking department. Above all else, though, tomorrow’s broadcast will just be a much-needed viewing experience.

•   The Bulls posted a little scrimmage teaser on Instagram and Twitter, and it informs us that new play-by-play man Adam Amin will announce the action alongside Stacey King. So, if we remove the whole playing inside the Advocate Center against your own teammates in the middle of a pandemic with no head coach in the building thing, then it’ll feel like we’re actually watching a regular season Bulls game!

•   With a little over one month to go until the NBA Draft, and the league in the midst of some important behind-the-scenes discussions, we have plenty of time on our hands to read way too much into tiny rumors. Yippie! The Athletic’s Sam Vecenie shared in his latest mock draft post for The Athletic that people around the league are scratching their heads when it comes to the Bulls new front office. Some league sources seem to think Arturas Karnisovas could shake-up the roster as soon as this offseason, while others believe he will wait until sometime this upcoming season. Regardless of the timetable, I sure do love to see that those in league circles are confident moves will be made at least some time in the near future. If you want more on all of that, feel free to check out our post from yesterday.

League Sources Are Reportedly “Unclear” If Karnisovas Will Reshape the Bulls Roster Immediatelyhttps://t.co/8iEksmzl8Y

•   The chance of the Bulls signing a big-time free agent this offseason is about .03%, but if you’re interested in what this free-agent class looks like, I recommend you check out Rob Schaefer’s rankings with NBC Sports Chicago. Anthony Davis and Brandon Ingram are the two names at the top of the list, however it’s expected that both stay with their respective franchise for several years to come. The most interesting names to follow will instead be guys like Fred VanVleet, Montrezl Harrell, and Danillo Gallinari. All are incredibly valuable role players who could receive a big contract from an organization desperate for some immediate improvement. Overall, though, when we consider that those guys will likely be the biggest names on the move, it’s clear we’re dealing with a weak free-agent market.

•  If my girlfriend or family happen to be reading bullets today, I just want to take this moment to remind them that the Holidays are coming up. That is all.

•   In all seriousness, I feel like starting the bidding at $5,000 is kind of low, no? I have to imagine these puppies are about to go for WAY more.

•   Speaking of buying expensive thing, Joakim Noah is selling his Illinois home for the small price of $1.44 million. I don’t know about you, but I think he should keep it around just in case a certain head coach gives him call about a certain kind of reunion.

Should Horace Grant be a Hall of Famer?@SamSmithHoops makes the case: