Remember: The Bulls Have Three Important Contract Discussions To Watch This Offseason Skip to content 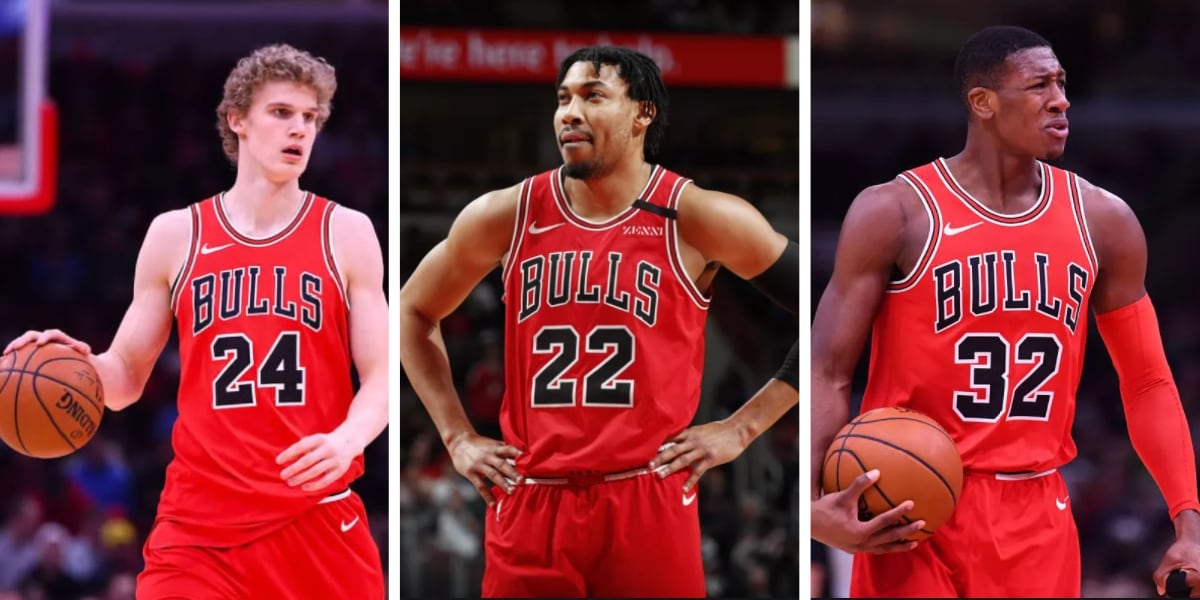 While we’re not sure when these conversations will take place thanks to the calendar reconstruction currently in progress, the new Bulls front office will have three important contract discussions this offseason. All three will mean something different when we take into account the organization’s immediate and long-term future, so to make sure we’re all on the same page, let’s briefly go over the facts and status of each.

Otto Porter is up for a $28.5 million player option, and he’d be crazy not to take it. Why? Well, the offer is practically a godsend after his previous two seasons in Chicago, where he only played 24(!) games in a Bulls uniform.

Once he exercises his option, he’ll be the highest-paid player on the Bulls roster once again, and the team’s flexibility will be practically non-existent. All things considered, that isn’t the most ideal situation for a new front office, but the Bulls will make up for it just one offseason later when the books become clean enough to sign a max-level free agent.

Until then, Arturas Karnisovas and Marc Eversley will have to make moves with one hand tied behind their back. It’s assumed that with Porter’s contract, the immediate changes to this Bulls team will be rather limited. But while I think that’s the most likely scenario, plenty of action could still take place if Porter stays healthy. We’ve discussed all of that and more in a post the other week, so check it out.

One Way or Another, the Bulls Can Still Get Plenty of Value Out of a *Healthy* Otto Porterhttps://t.co/sFCPxW4m61

Heading into his fourth year in the league, Lauri Markkanen will become eligible to sign an extension on his rookie contract. At the same time, he’s already due roughly $6.7 million in the final year of his rookie deal (2020-2021), with an estimated $9M qualifying offer in place for 2021-22. Which basically means he can either sign an extension with the Bulls this offseason or hit the market as a restricted free agent (alongside an absolutely loaded class of players) in 2021. However, after an extremely poor performance last season, any rookie scale extension is probably going to be far smaller than initially expected.

With that said, I doubt that means the Bulls will offer him the sort of contract he’d immediately accept. In other words, I can easily envision a world where these two sides fail to reach an agreement over the next couple of months, and thus Markkanen will bet on himself in 2020-21 before hitting restricted free agency next offseason.

Don’t get me wrong, I wouldn’t mind if The Finnisher inked a long-term deal with the Bulls, but I also don’t want the organization to go out of their way to get something done. The fact of the matter is, Markkanen has something to prove next season, and the last thing I want is for the new front office to have one of their first moves put them in handcuffs.

As far as whether he wants to stay in Chicago, Markkanen did recently indicate that this is the place he wants to play for years to come …

Lauri Markkanen said "I do want to stay in Chicago long-term" but will leave extension talks to his agent.

There was plenty of speculation that this wasn’t the case throughout last season, but times change. And it seems like just one conversation with new head coach Billy Donovan gave Markkanen the confidence boost he’d been searching for.

“Just getting me into actions, coming off ball screens. He talked about posting up right away and just being involved,” Markkanen told NBC Sports Chicago’s K.C. Johnson and fellow reporters at a Zoom media session on Monday. “He kind of asked me where do I want the ball and what do I want to do with it. I’m excited to work with him. Obviously, I haven’t met him yet. But I got a good feeling out of our one conversation.”

I’d say it’s still more likely than not that Markkanen is in Chicago for years to come, but we can’t deny that the lack of an extension now leaves the door open for a departure in the future. The Bulls could opt to let Markkanen walk in restricted free agency or they could even try to find a nice return on the trade market sometime next season. Only time (and performance) will tell.

Unlike Porter or Markkanen, Kris Dunn is not currently under contract for next season.

Headed toward restricted free agency, the Bulls will have the option to extend a $7.1 million qualifying offer to the 26-year-old defensive specialist. The question then becomes will Dunn accept that one-year deal? Honestly, that’s tough to answer. With the salary cap up in the air and no real idea of how teams will want to spend following a year full of financial losses, there is a world where limited interest exists for a defensive specialist. At the same time, Dunn had a breakout season, and he fills a role that many teams around the league (especially contenders) could be eager to fill.

My gut says there will a couple of teams that show interest in Dunn’s services, which means he’ll turn down the Bulls offer and seek out those opportunities. Of course, Chicago will still have the upper-hand, and Karniosvas will have to decide if matching an offer is best for the team.

For what it’s worth, Dunn was the only player not to join the Bulls in the recent in-market bubble (he’s apparently still rehabbing his end-of-season knee injury), but Donovan does have a proclivity for players with his skill set. Should the Bulls keep him around?