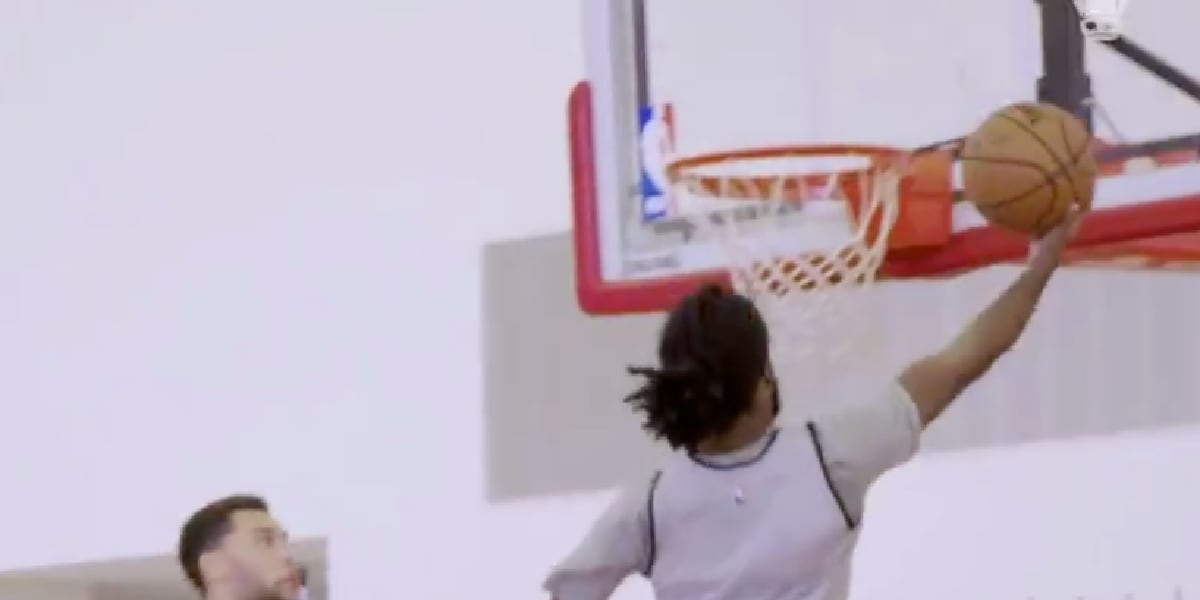 I can’t decide if I’m dumb or not for purposely wearing fan gear while watching games alone? Like, if I’m watching the Bears by myself and still get up to put on my Bears attire, am I being silly? If so, don’t tell me because I’m probably going to throw on a Bulls shirt later today when I sit down to watch the scrimmage (Michael: Wow. Eli’s got me looking at myself in the mirror on a Thursday … metaphorically, of course).

•   Prepare to get zero work done! The Chicago Bulls have kindly decided to air their minicamp scrimmages today at 1:00 p.m. From the looks of it, Adam Amin and Stacey King will both be on the call as we get our first glimpse at this Bulls team in seven months. Like I said yesterday, it’ll be hard to read too much into what we see later today, but I’m excited to at least have Bulls basketball back in my life briefly. After all, who the hell knows the next time we’ll actually be able to watch them play?

•    I bet I’m not alone in saying that plenty of my scrimmage-focus will be on Coby White. Not only do I miss the guy, but NBC Sports Chicago’s K.C. Johnson did say that he and Lauri Markkanen were reportedly the two who impressed during the Bulls bubble. Again, I don’t think we can or should draw any real conclusions from a couple of casual scrimmage games, but we should be able to at least see what White has been working on over the last several months. He reportedly wants to not only drive to the hoop more but work on his playmaking, so I’m curious to see if both of those things come into play immediately in these scrimmages. Not to mention, we should see a full starting lineup of White, LaVine, Porter, Markkanen, and Carter Jr. for the first time, which is worth some excitement.

•   My man-crush on Coby White continues to grow. The now NBA sophomore (it’s officially the offseason, so we can say that, right?) gave the Tar Heels some work at their first official practice yesterday in Chapel Hill, according to GoHeels.com. Assumingly eager for some extra 5-on-5 action, White reportedly led his scrimmage team to victory and gave quite the energy boost to Roy Williams’ practice. However, don’t think for a second White acted like the cocky pro: “The NBA All-Rookie selection practiced with the Tar Heels on Wednesday while he was in town, and he received no special treatment,” wrote GoHeels.com’s Adam Lucas. “When he missed a layup during a fast break drill, White immediately did the required ten push-ups, much to the delight of Williams and assistant coach Brad Frederick.” See, these are the reasons I had to pick myself up a Coby White shirsey the other day.

•   I came across this Bulls salary cap review from SLAM, so I thought I’d give it a share. While we have no idea when free agency or contract negotiations will take place, we at least know both are on the horizon. I know a lot of fans don’t give a crap about the financial and whatnot, but it can be especially interesting when a new front office takes over. If interested, we had a greater discussion on cap space here and upcoming contract negotiations here.

•   Can you guess where Bleacher Report placed the Bulls in their way-too-early 2020-21 power rankings? No. 24. I’m not necessarily surprised by that number, nor do I think it’s that unfair. However, if one thing is for sure, I don’t like to see the Atlanta Hawks three spaces ahead of them. Chicago managed to beat Atlanta three times last season by an average score of 30 points. Other than the Hawks adding Clint Capela, neither team is set to look all that different next season. Yes, I like where Atlanta is heading, but I’m not prepared to say they’re going to be better than the Bulls next season, especially when Chicago just signed a far more proven head coach.

•   TV ratings don’t mean a whole lot in today’s world. The NBA may have seen viewership on the big screen drop, but they also reportedly saw massive digital growth. Total video views were up 17 percent this season, and the league had 9.6 billion across all social channels since the July 30th restart, per Front Office Sports.