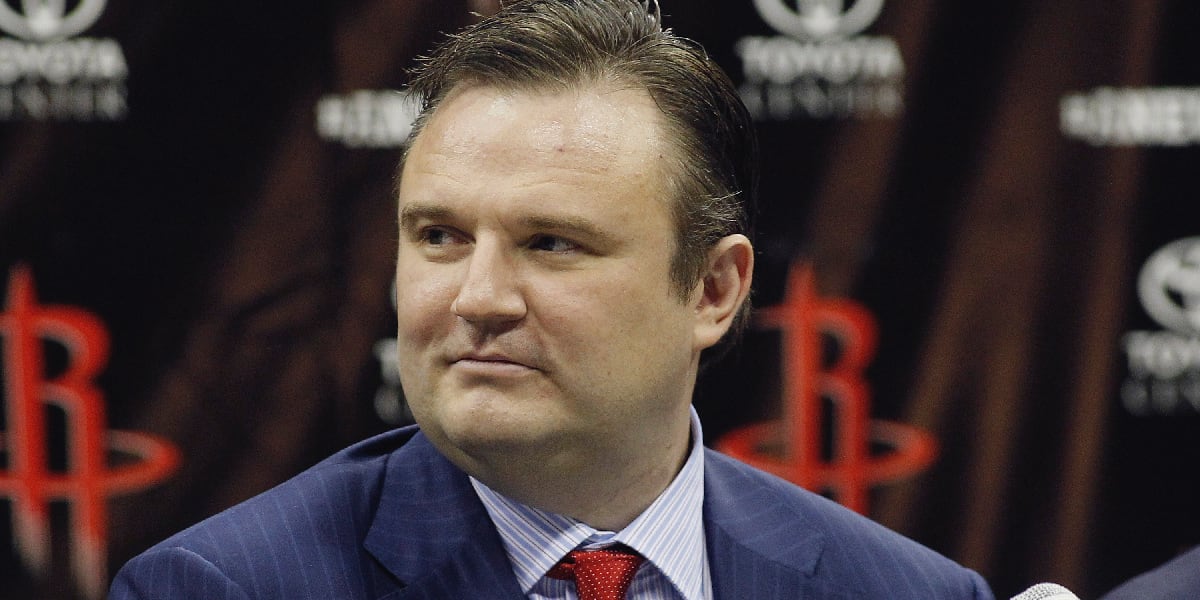 The NBA wasted no time giving us an overwhelming amount of new threads to follow this offseason.

One of the most recent and surprising developments is that Houston Rockets General Manager Daryl Morey has decided to step down from his position within the organization. While there was some speculation that a departure between the two sides could be on the horizon, the news still shocked most of the NBA world.

After all, Morey has served as the franchise’s GM since the 2007-08 season, and during that time he became known as one of the best front-office executives in sports. He took the Rockets into a historic new direction with an extreme focus on advanced analytics and small ball play. The team played a pivotal role in the league’s inception of the 3-point era, and Morey was also the one to pull James Harden away from the Oklahoma City Thunder. In total, the team has won 640 regular-season games under Morey’s tenure, which is second in the league over that span (behind only the San Antonio Spurs, per The Ringer’s Zach Kram).

Morey may not have been able to get his team over the Finals hump, but there is no denying that he’s been pivotal to the Rockets becoming one of the best and most consistent teams in the NBA.

I think it’s important to re-emphasize the fact that Morey is reportedly the one to step down. According to Wojnarowski, he had a conversation with owner Tilman Fertitta after the Orlando Bubble, where he expressed a desire to leave his current role and seek out other professional opportunities – though some suspected the Rockets would remove themselves from Morey after what happened before the 2019-20 season. Morey responded over Twitter to the Hong Kong protests, which resulted in China shutting off all ties with the NBA for practically the entirety of the season. The league lost hundred of millions of dollars due to this, but Fertitta and Silver stood by Morey.

The fact that Morey was the one to remove himself could tell us something about his plans to continue working in the NBA. I don’t think we can rule out the fact that he signs with another team this offseason, but if he left on his own terms, maybe he seriously wants to take a break from the NBA altogether. If that does happen to be the case, there will be many disappointed NBA franchises, as I’m sure his phone is already buzzing constantly in his pocket.

Anyway, the question we have to ask ourselves now is what does this mean for the Rockets? ESPN reports that the franchise still intends on staying competitive in the Western Conference, but with a new head coach on board and a front office restructuring, there is always reason to believe some kind of rebuild could be on the horizon. Not to mention, we just don’t know how the new brass will view the current roster. With such limited flexibility thanks to the trade for Russell Westbrook and expensive roster, could the organization look to trade some pieces as soon as this offseason? Could the Bulls potentially look to be involved in any such trades (probably not … but it’s kind of fun to think about)?

Things are about to get interesting in Houston.