Projected Start Date for Free Agency, Is Hayes the Top Prospect? The Kansas City Raptors?! And Other Bulls Bullets Skip to content 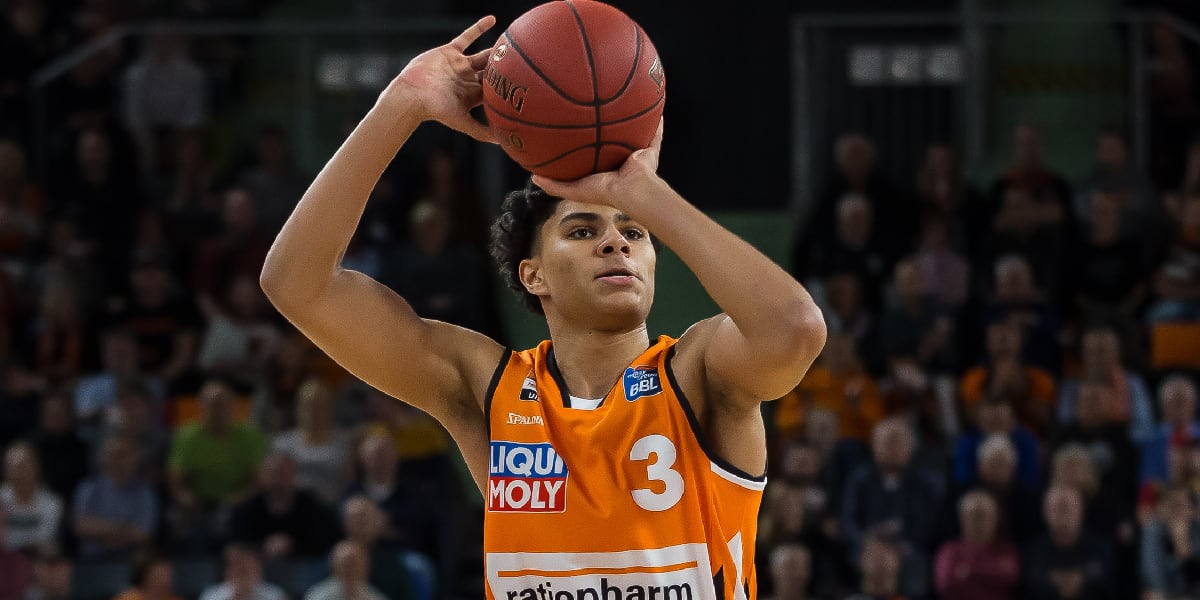 I don’t do a lot of online shopping. In fact, I don’t do a lot of shopping in general. But I went on a spree this past week, and I now have like 10 things arriving over the next several days, which, I’ve got to admit is a great feeling. Every morning, I feel like I’m waking up with a little present on the way. So, yeah, I can see why this would be addicting.

•   Teams are getting antsy. With the 2019-20 season well over and still no clarity on the upcoming 2020-21 campaign, we’ve learned that come organization may be doing some work behind the scenes. Yahoo Sports’ Keith Smith reported that some free agents may already have deals in place with teams despite the fact that a free agency date hasn’t been agreed upon. While it’s not surprising to hear of secret conversations, the NBA surely wants to avoid a tampering outbreak. Chances are, these rumors have served as even more pressure to quickly settle on dates for the key upcoming offseason events. According to Marc Stein of the New York Times, the league is considering a free agency start as soon as November 20th.

•   This would mean free agency beings only a couple of days after the NBA Draft, but if the plan is to start next season sometime around December 22nd, this kind of has to be the case. Teams would have to start up training camp sometime around the beginning of December, so they need an adequate amount of time to set their rosters. Anyway, as we discussed yesterday, if the NBA wants to start in two months, they have to make the decision … like … now. The NBPA wants an eight-week notice to prepare for the beginning of the season. Eight weeks from Christmas is this Friday.

•   The Ringer’s Kevin O’Connor is high on Killian Hayes. The Bulls have been attached to the overseas point guard for quite a while now and for good reason. Hayes is arguably the most gifted floor general in the draft, and we all know the lack of true playmaker is potentially the Bulls biggest weakness.

Killian Hayes is my #1 prospect in the 2020 NBA Draft but he could end up falling to the mid-late lottery. Here's a new video breakdown on why Hayes has the skills to be the next lotto steal like Donovan Mitchell or Tyler Herro.

•   Hayes isn’t the only option for a team in desperate need of a facilitator, though. Tyrese Haliburton and Deni Avdija – two other popular prospects in the Bulls universe – have also flashed some strong playmaking ability. Who’s to say either aren’t the better option for this struggling team? Avdija could not only help distribute the basketball, but he could also fill a pretty big need at the wing. Meanwhile, Haliburton is said to have the highest IQ in the draft, and I think we can agree that the 29th offensive in the NBA could use those smarts. In fact, The Athletic’s Sam Vecenie says he would pick Haliburton over Hayes, which only goes to show how all over the place these analysts are with this draft class.

•   FWIW: I tend to agree with Vecenie. Watching film and reading scouting reports, I just like what Haliburton has to offer more. In college, he averaged 15.2 points per game with 6.5 assists and 5.9 rebounds. The guy also poked away 2.5 steals per game, proving to be the perfect example of a strong all-around talent. Plus, I like what Vecenie had to say about his off-ball potential. Hayes needs to ball in his hands to be impactful, and sometimes that can handcuff a team. I don’t know. I could be wrong in the end, but I just don’t get all the Hayes hype.

•   Speaking of hype, Carter Jr. is stirring up some of his own.

Carter Jr. Says the League is About to See a “Different Wendell” Next Season (Especially on Offense)https://t.co/JtNitQAtka

•   Congrats to Lauri Markkanen on his second little human!

Welcome to the family ❤️🙏🏼

•   If the NBA wants to resume, they’re going to have to figure out how the Toronto Raptors fit into the picture. One resolution: Have them become the Kansas City Raptors (for a season)!